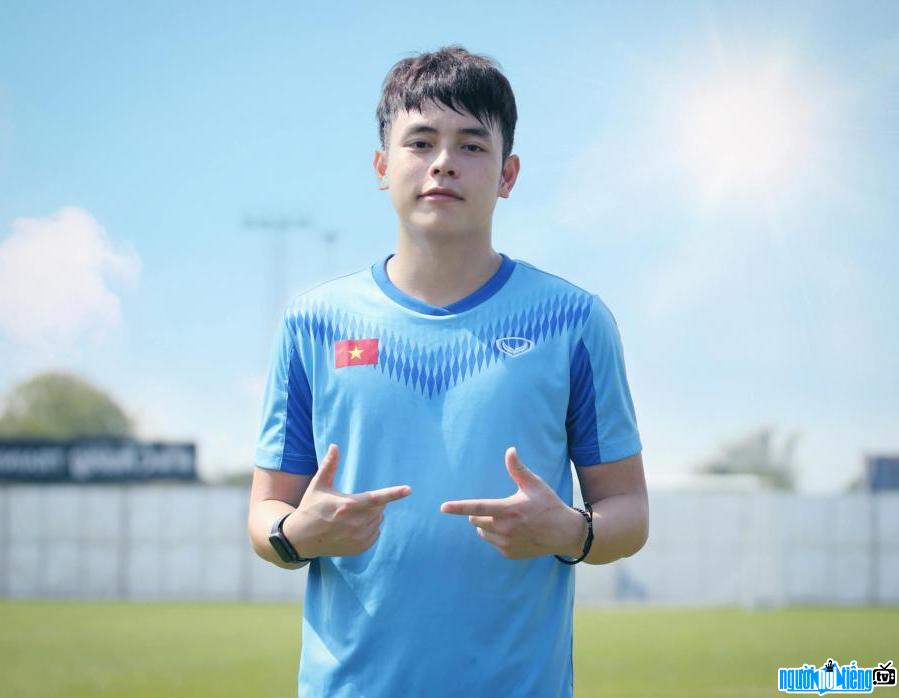 Who is Assistant Vu Anh Thang?
Vu Anh Thang with the nick name Jasper Vu - is an assistant and interpreter of Coach Park Hang-Seo at the U23 team, attracting the attention and attention of netizens, not only fluent in 4 languages ​​but also looks like hotboy.
Not only has an outstanding and handsome appearance like a hotboy, but Anh Thang also makes the online community admire because of his excellent and impressive academic record. Mr. Thang in high school was a former French student of Hung Vuong High School for the Gifted. He graduated from the French department at Hanoi University and graduated with a bachelor's degree in Junior TESOL from Dongshin University (Korea). Currently, Anh Thang is the executive director of a Korean language school. Few people know that besides being gifted with foreign languages, Vu Anh Thang is also a multi-talented guy when he possesses a very inspirational voice and the ability to play the guitar very well. Anh Thang is the standard handsome guy of many girls.
Besides being fluent in many English languages ​​Thang also has a bit of knowledge about football, and is able to convey the main message. confirm the technical and tactical messages of the Korean coaching staff to the players. Therefore, the Vietnam Football Federation (VFF) invited him to be a separate language assistant to support Coach Park Hang Seo in the national team and the Vietnam U23 team. When he appeared on the football field with the star U23 Anh Thang, he was quickly noticed by the online community, his image was spread on the forums, many people quickly searched and followed the personal page of the assistant. This 29 year old language.
Besides handsome and talented, Anh Thang is also very enthusiastic at work, gets along with people and has a good sense of humour. In the team, he always helps everyone on the team relax by mixing teasing words with everyone. On social networks, he often interacts with Nguyen Hoang Duc, Do Thanh Thinh, Bui Tien Dung...
Congratulations to the handsome and talented assistant Vu Anh Thang for real Have a lot of health to complete your work and plans in the future! 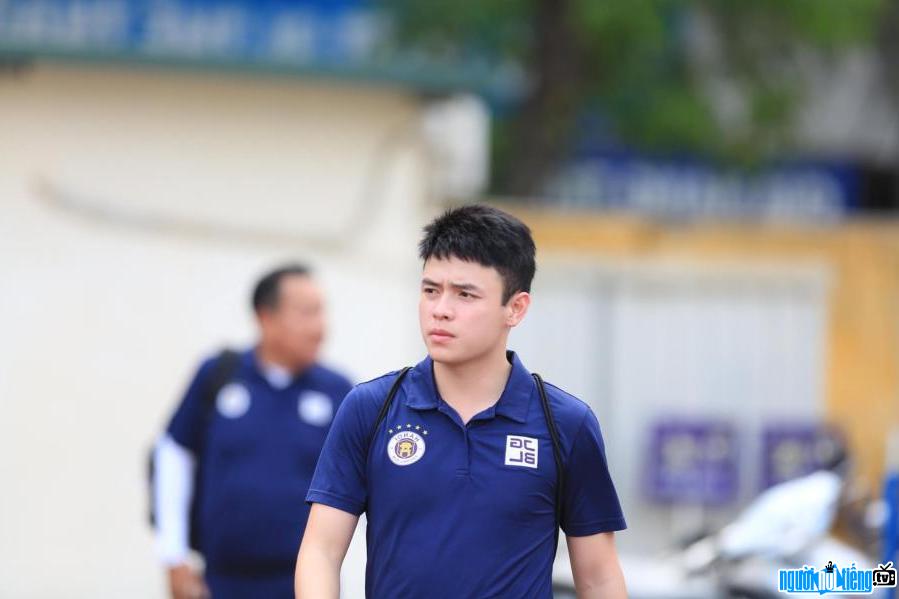 image of a handsome and multi-talented assistant Vu Anh Thang 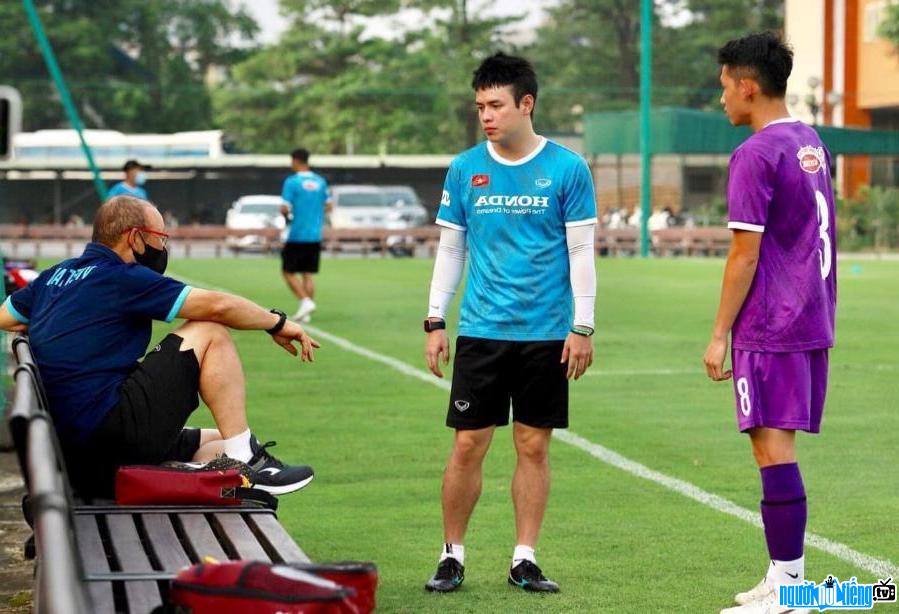 image of Vu Anh Thang on the field 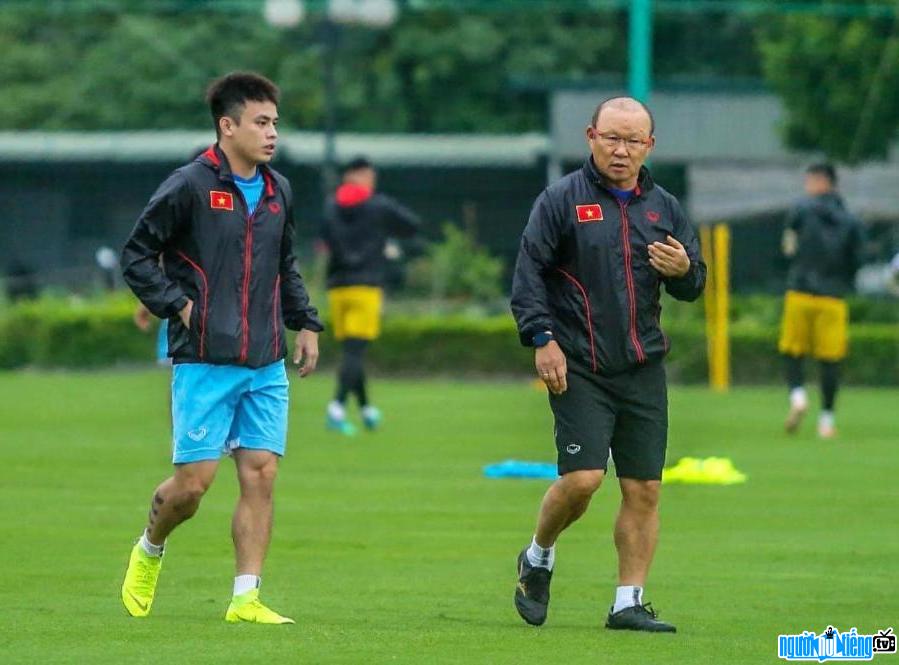 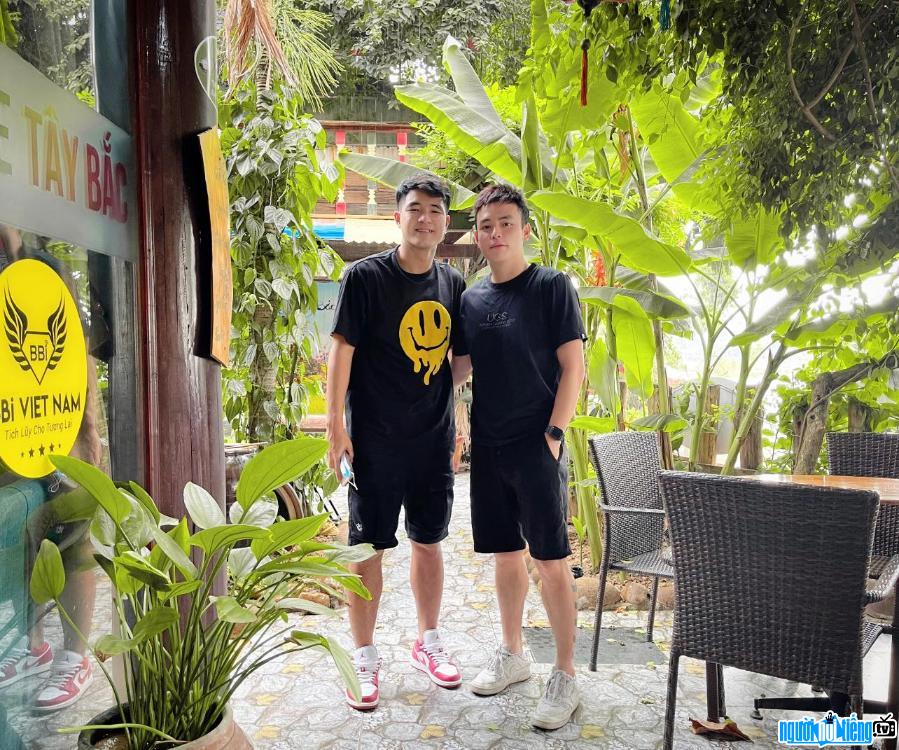