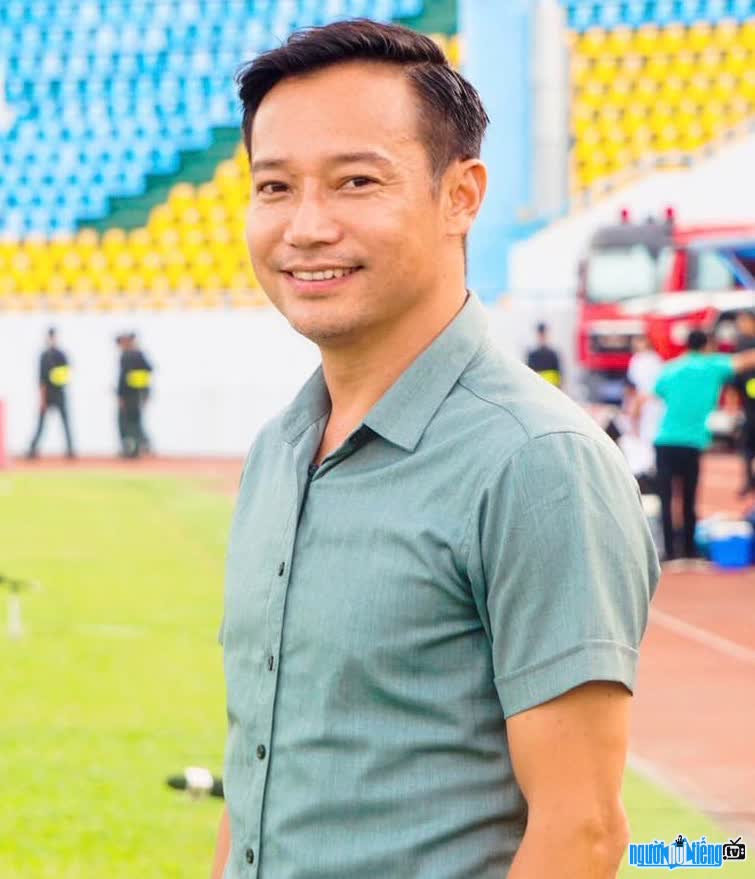 Who is Football coach Vu Hong Viet?
Vu Hong Viet is a talented football coach loved by many players and spectators. Currently, he is working as an assistant coach of the Vietnam national football team.
Before becoming a coach, Hong Viet was a bright young player on the football field. He is not a player who was trained from a young age, but he came to professional football just a "hands-on". Sharing more opportunities for football, Mr. Viet said that he started practicing football when he was 18 years old. That was when he finished his college entrance exam and was waiting for his test scores, because he had a lot of free time, so he went to practice for fun. And unexpectedly he was recognized by coach Hoang Van Phuc and led him to the Railway team (Hanoi) to prepare for the national U19 tournament in 1997. Then he switched to training at The Cong, the same age group as the players. Thu Bao Khanh, Quoc Trung. Not long after, he went to practice and compete in the national U19 tournament, as a winger, he scored a lot of goals and was called the U19 team in Vietnam. However, at that time, he received a notice to pass two universities, the Open University Institute and the University of Transport. Because his love for football is burning, he has decided to save his results at the School of Transport for a year to pursue a career in football, if he gets bored with football, he will go back to school.
When wearing the Vietnam U19 team shirt to play the Asian U19 qualifier in Japan, young player Hong Viet had a good performance, contributing five of the team's six goals. His name is on the list of six young Vietnamese players who are allowed to go to Sampdoria (Italy) to practice for two years. But the plan was shelved. With his love of football growing stronger, he decided not to attend university anymore but accepted the invitation of Duc Duc to compete in the HAGL team's shirt. Also here, his playing career peaked when he and the Nui Street team won the 2003 and 2004 V. League championship.
But after the season, he decided to leave Nui Street. returned to Hanoi and joined Hoa Phat Hanoi to have more opportunities to compete, as well as to be closer to family. But not long after that, he was injured and stopped his playing career.
In 2011, Vu Hong Viet officially switched to coaching, this is also the period of time. marks the amazing coolness of the young coach even though he only rose from the role of assistant.
+ In April 2017, he and the Vietnam U19 team won the championship. won the International U19 Championship at Nha Trang.
+ In June 2017, he led Vietnam U15 to win the runner-up position of the international U15 tournament held at Da Nang.
+ In July 2017, he and Vietnam U15 won the championship at the Southeast Asian U15 Championship in Chonburi, Thailand.
+ In March 2018, he led led Vietnam U19 to win the 2018 International U19 Championship at Gia Lai. Previously, this young coach also led the Hanoi U19 team to win 4 national U19 championships in 2014, 2016, 2017 and 2019
May 2019, he was appointed Head coach of the club Quang Nam, replacing him Hoang Van Phuc.
Currently, coach Vu Hong Viet is working as an assistant coach of the Vietnam national football team. .

Close-up of the face of coach Vu Hong Viet