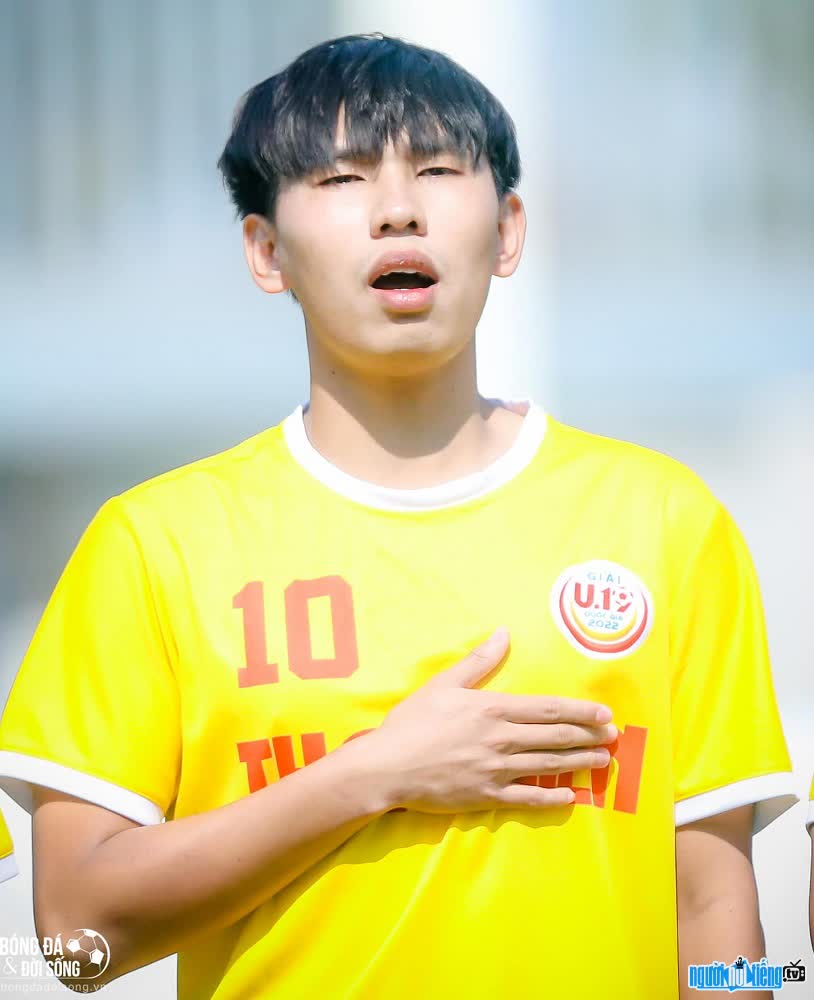 Who is Football player Dinh Xuan Tien?
Dinh Xuan Tien is a young and very talented football player. He currently plays as a midfielder for Song Lam Nghe An club and Vietnam U-23 team.
When he was a primary school student in Nam Dan town, Nghe An province, Dinh Xuan Tien has gained a reputation as a dynamic class president who is good at all subjects. Tien's father is a soldier, his mother is a teacher, so Tien never thought he would become a soccer player. At that time, he just thought that he would study well and then choose a prestigious university to study. But surprisingly, with his talent for playing football and his great passion for football, Tien had a big turning point in his life.
Beyond the time studying in elementary school. , the boy Xuan Tien also likes to play soccer with his peers. That boy has shown his talent for playing football, so the youth team of Nam Dan district decided to call him to participate in the Youth and Children's Championship of Nghe An Newspaper Cup. As the youngest player on the team, but he became the leader to bring Nam Dan Children to the semi-finals in the 2013 season.
But it was not until 2014, the name Dinh Xuan Tien really made a strong impression on a large number of fans and coaching staff. The boy really shined when he scored 2 goals in the final against the Do Luong Children's Team and brought the Nam Dan team to win the championship. In particular, the second goal that Tien scored was extremely spectacular with a solo phase from the middle of the field through 4 opponents before hitting the opponent's net. At the end of the tournament that year, Xuan Tien was voted as the Player with the most goals and also won the Best Player award. That made the young player feel happy, proud and decided to pursue the path of becoming a professional player.
With what was shown on the field, the boy of the children's football team. Nam Dan Dong was lucky to catch the eye of coach Le Ky Phuong - one of the most successful coaches at Song Lam Nghe An Youth Football Training Center. He even had to say: "This will be the talent of Vietnamese football in the future, the player can change the game by himself". Since then, he was brought back to train and mature from Song Lam Nghe An club.
In the 2021 season, he was promoted to the first team of Song Lam Nghe An but did not have the opportunity to play in V. League 1 because of the COVID-19 epidemic.
By 2022, Xuan Tien and his teammates will become the Southeast Asian U-23 champions. During the tournament, he contributed one goal and one assist against Singapore U-23 in the group stage. After that, he and some other players could not continue their journey with Vietnam U-23 when positive for COVID-19.
On March 13, 2022, the player Dinh Xuan Tien made his debut for Song Lam Nghe An when he came on as a substitute for a player Phan Van Duc Injured in the match against Saigon.
September 2022, he was called up to Vietnam U-20 to participate in the Asian U-20 qualifier 2023. In the qualifiers in Indonesia, he was out. played all 3 matches, scored 2 goals to help Vietnam U-20 win tickets to the final round.
With the age of 19, Xuan Tien has become a name mentioned. most recently. With his talent, he was signed by the Board of Directors to the first team of the Nghe team when he was not yet 18 years old - this is a dream of many players of the same age in SLNA. Although in the attacking midfielder position in the home team Vinh, there are many talented players like Dang Van Very, Bui Dinh Chau, Tran Manh Quynh, ... but Tien was still given the opportunity to start by coach Huy Hoang in the V. League 2022 season. 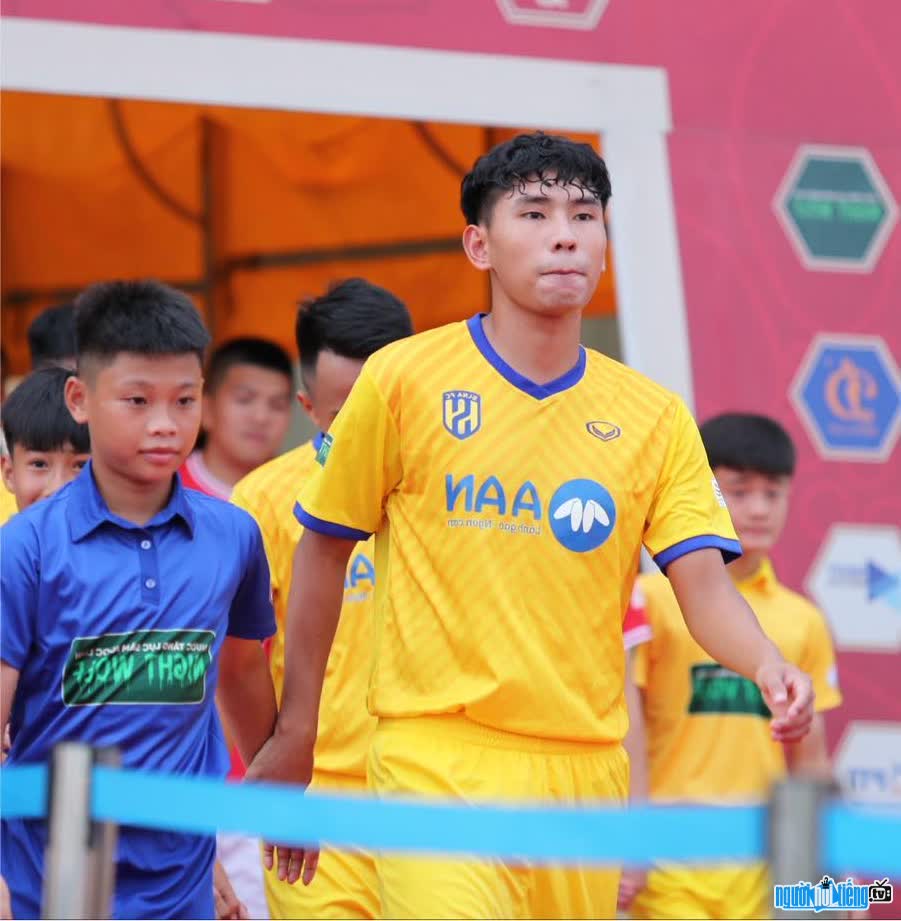 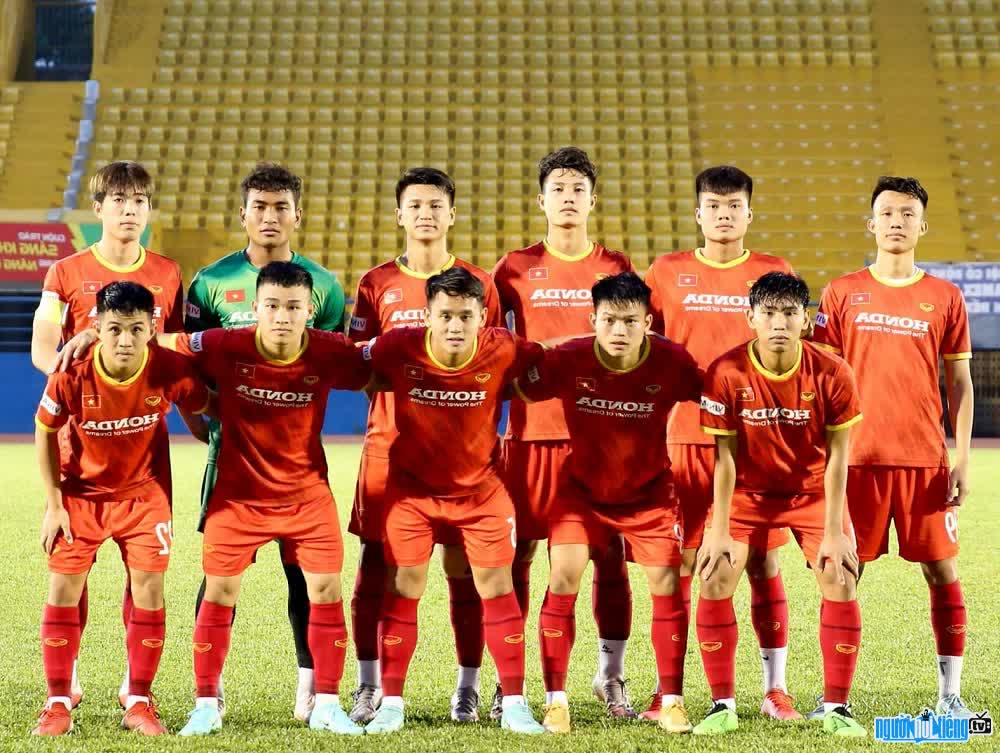 Dinh Xuan Tien and his teammates 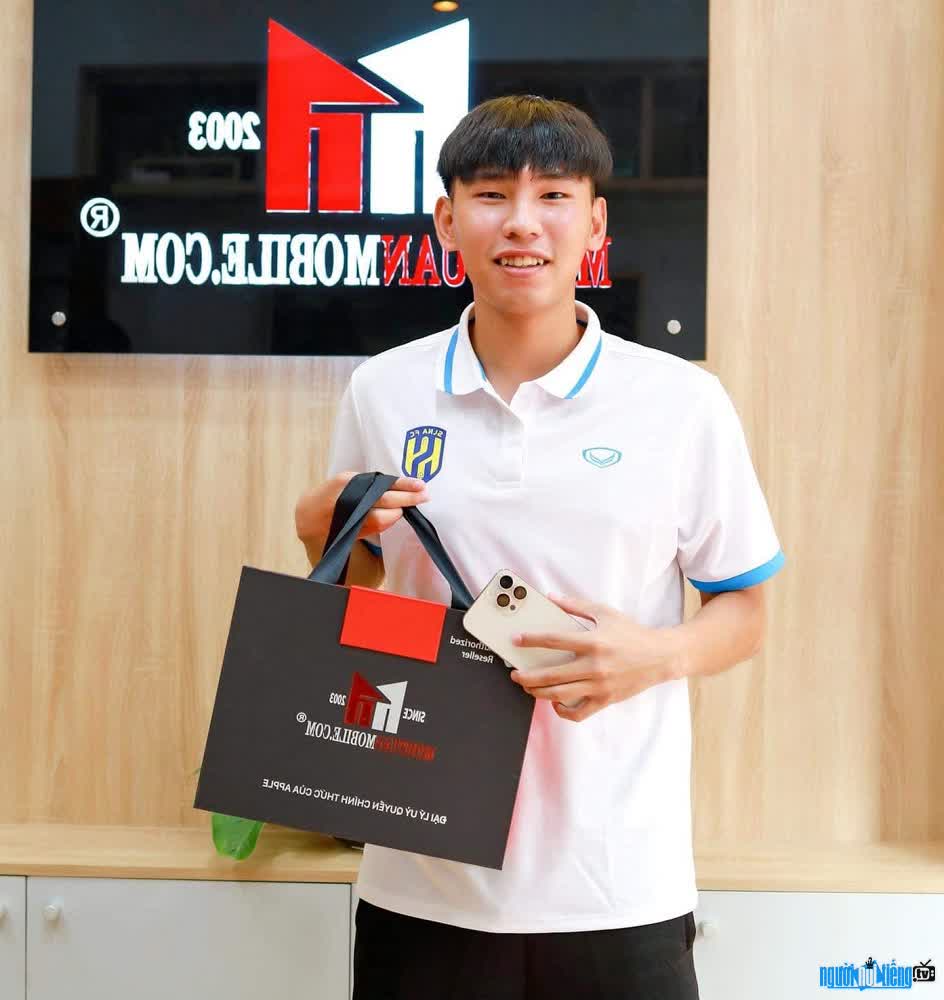