Who is Model Mong Thuong?
Mong Thuong (real name Le Hai Dang) is a non-gender model who attracts attention in the contest "Miss Transgender Vietnam - Perfect Ambassador 2020". The stage name "Mong Thuong" means an ordinary dream, the name is simple but has a special meaning. Mong Thuong once participated in the Top 6 contest "Perfect Ambassador 2020". Mong Thuong's genderless beauty is highly appreciated by experts and audiences. In the male form, Mong Thuong is as handsome as a Korean idol. When growing long hair, changing fashion styles, speaking feminine voice; The soft beauty of Mong Thuong captivated the hearts of many people. Mong Thuong has long smooth black hair, talking eyes, and a face that blends the softness and grace of women with the angular features of men. Whether it's a boy or a girl, Mong Thuong is also ravishingly beautiful.
Muong Thuong is more known to the audience when participating in the program "Mystery person season 6". After that, she became a prominent name of the program "Perfect Ambassador 2020" thanks to her charismatic face, height of 1m79, measurement of 3 rounds 77-60-81 cm. Due to his unsatisfactory health conditions, Mong Thuong only uses hormones and has not undergone gender reassignment surgery. Mong Thuong has the ability to perform well on the catwalk. In the "Perfect Ambassador 2020" contest, Mong Thuong was the first contestant to receive all the votes of the coach, she chose the supermodel's team Minh Tu.
In 2020, Mong Thuong appeared in most major fashion events such as: Fashion Festival, Vietnam International Fashion Week, Runway fashion week... When deciding to choose As a non-gender model, Mong Thuong wants to become a new color model thanks to the ability to change her image flexibly to suit the performance costumes.
Closing 2020, Mong Thuong won the "Model of the Year" award at SR Fashion Awards 2020.

During his school days, Mong Thuong was praised by everyone for always being obedient and hard-working. Mong Thuong's mother is often happy to brag to neighbors about her good son, who only goes to school and then comes home, does not play, loves to cook...
After graduating from high school, Mong Thuong passed the entrance exam for Graphic Design. disaster. Going to Ho Chi Minh City to study, Mong Thuong started working part-time and discovered his own strengths. From good-looking face, mixed beauty, physique and talent for performance, Mong Thuong was invited to be a photo model and quickly became famous. Mong Thuong grows long hair and builds a genderless image in the model village.

Mong Thuong is the youngest son in a family in Kien Giang. For the first New Year to grow long hair, Mong Thuong was forced to cut it by his mother. But Mong Thuong resolutely protects his hair. Mong Thuong believes that gender does not decide everything, the important thing is the way of life.

Who is Boy friend/ husband/ darling Model Mong Thuong?
Mong Thuong is a model who has performed for many houses famous fashion designer such as: Do Manh Cuong, Chung Thanh Phong, Hoang Minh Ha, Le Lam, Kieu Viet Lien...
Mong Thuong Miss Transgender Huong Giang sponsored 100 million dong for the first round.
In the model village, Mong Thuong considers supermodel Minh Tu like her own sister. Mong Thuong always remembers what Minh Tu taught and is very grateful to her. 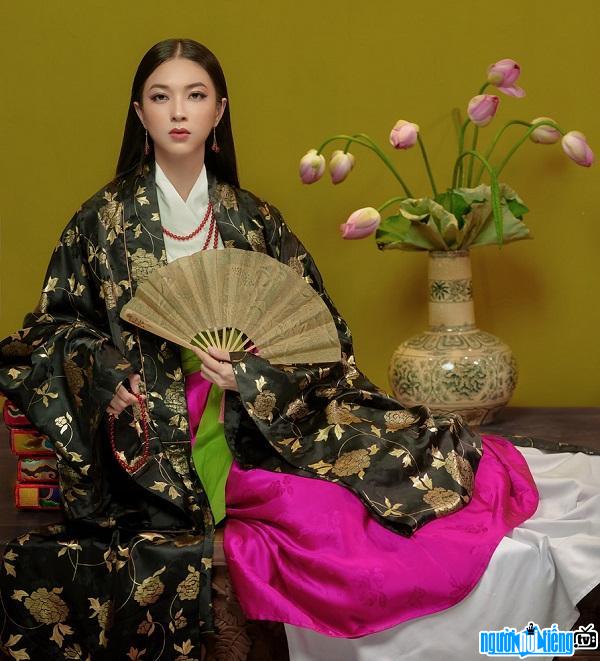 Model Mong Thuong is beautiful and gentle beside lotus flowers

Model Mong Thuong is a contestant on the team. Coach Minh Tu in Perfect Ambassador 2020

Events in the world in the birth year of Mong Thuong

Mong Thuong infomation and profile updated by nguoinoitieng.tv.
Born in 1995