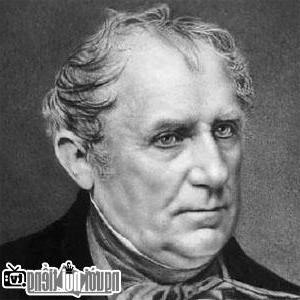 Who is Novelist James Fenimore Cooper?
An American writer known for his historical stories of Indian and frontier life, he is particularly well known for his Leatherstocking series. Leatherstocking Cooper's hero, Natty Bumppo, was also the protagonist of his most famous novel, The Last of the Mohicans (1826).
He started attending Yale when he was only thirteen years old, but was kicked out of college for playing a dangerous prank on another student.

He served in the United States Navy as a warrant lieutenant, and the experience influenced many of his novels. He published The Pioneers (the first Leatherstocking book) in 1823.

He married Susan Augusta de Lancey in 1811 and made good on his promise that he could write a better novel than any book she was reading. He and de Lancey became parents to seven children.

Who is Boy (girl) friend/ wife (husband)/ darling Novelist James Fenimore Cooper?
His novel, The Last of the Mohicans, was adapted into a film starring Daniel Day Lewis as Natty Bumppo.