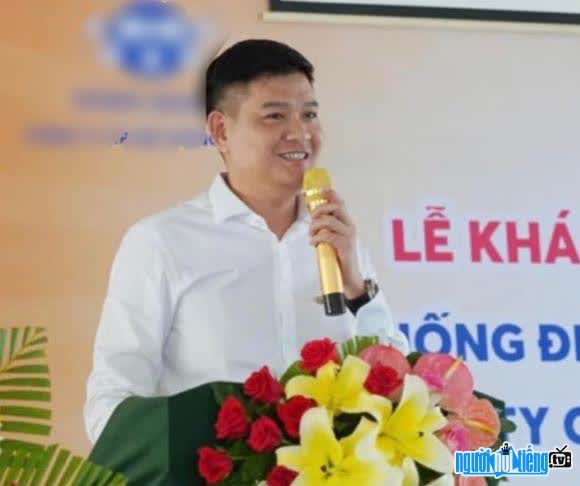 Who is Businessmen Nguyen Quoc Bao?
Nguyen Quoc Bao is a businessman, currently holding the position of Deputy General Director of Dong Quang Textile Joint Stock Company (Duc Hoa, Long An). According to information on the company's official website, this company was established in early 2007, specializing in providing all kinds of fibers, which are only input materials for the textile industry. In addition, he is also the legal representative of two other companies based in Long An province.
In 2017, he and singer Minh Hang started dating. After 5 years of dating, the couple officially got married on June 18 at a resort in Ho Tram, Ba Ria - Vung Tau. Before moving to the same house, he and his girlfriend had been together for more than 5 years. Although not active in the entertainment industry, Nguyen Quoc Bao always supports his wife's pursuit of art. During the process of dating, and even when the wedding ceremony was announced, the singer Minh Hang always kept her life secret. private. At the wedding, she also instructed guests not to post photos of the groom's face on social networks. In 2017, in an interview, Minh Hang once revealed that her boyfriend is 10 years older than her, who has a lot of will and bravery. The two started out as friends, then hung out, then developed into love. Sharing about the reason for hiding her boyfriend in the dark for a long time, the businessman's wife Quoc Bao said she wanted to help him avoid the pressure of being an artist's boyfriend. Minh Hang once shared that it was her fiance who contributed capital to invest in the movie when the project was produced by her.
At the end of 2018, Minh Hang suddenly posted a picture. Holding the hand of a man hiding his face on his personal page. In 2020, she often shares pictures of being spoiled by her boyfriend. At that time, netizens quickly discovered that the singer and businessman Quoc Bao often traveled at the same time and place to check in. At that time, the social network raised the suspicion that Minh Hang's boyfriend was the ex-lover of actress Cao Thai Ha. After breaking up with Nguyen Quoc Bao, actress Cao Thai Ha once frankly said that her ex-lover had has a new girlfriend, is an A-list female star. She does not want to mention the name of this female star because she does not want to have a reputation.