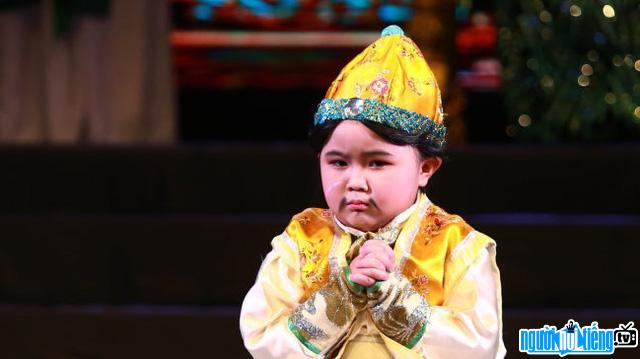 
Getting the role of Sunny in two parts of the movie of the same name, baby Kim Thu is now a fan of many fans in Vietnam. known and loved by all ages. Having never attended any training school, the only "advantage" of Kim Thu is being born into a large professional family, many generations of work related to the stage, reformed photography. About 2 years, from participating in brief roles in a few plays on the stage of Young World to the main role in a movie that attracts visitors, Kim Thu's path into the arts has been welcomed more than ever. now is over.

Kim Thu is the 6th generation of the famous art lineage of theater and reformation. Grandfather is elected Thang, great-grandfather Minh To, in the next life there are famous artists such as Thanh Tong , Thanh Loan, Cong Minh. Kim Thu's mother is makeup artist Ngoc Nga, one of the 3 children of artist Thanh Loan. The girl also called Trinh Trinh, Meritorious Artist Que Tran is her biological aunt. Flowing in her artistic blood as well as living close and having close contact with relatives who are all top artists, it is no wonder that Kim Thu showed her talent early on.

Ms. Ngoc Nga, mother of baby Sunny, shared that in the same age group as Kim Thu, there are also children with artistic talents in her family, but she is loved by many people because of a little luck. Since the age of 3, 4, Kim Thu has been working with her mother at the Young World theater stage (Ms. Ngoc Nga is a teacher and a makeup artist). Thanks to her innocence and cuteness, she was loved and pampered by everyone.

At the time when the play Bankok love story was extremely interested by everyone, Kim Thu was attacked by two actors Hoang Phi and La Thanh "brings" to the stage, even though the play's script did not have the appearance of a child character.

"At first, Thu was shy. , although the two boys tried to seduce her, but refused.Two or three times later, when her mother cleverly pretended to put lipstick on, Thu finally went on the stage and even got to talk.It was her first time. stepping on the stage”, recounts her mother.

Thought everything stopped as a first experience for the little girl, but it actually opened a new door when actress Ninh Duong Lan Ngoc after watching Kim Thu's performance suggested to the film director Lottery ticket. After the casting, the girl officially won the heart of the director en Dustin Nguyen and officially "stepped into" the cinema.

"Destiny" pursued the stage when Kim Thu and the Paper Dragonfly group attended Vietnam's Got Talent. Only acting for more than 1 minute, but her charming and funny "little fox" role is known and loved by many people.

As the time comes, the 5-year-old girl steps more and more steps. into the arts. Around the time of 2016, taking on the role of Sunny in the movie of the same name officially brought Kim Thu to gain love in the hearts of the audience. When Vietnamese cinema lacks child actors, she is predicted to be a bright spot in the future. 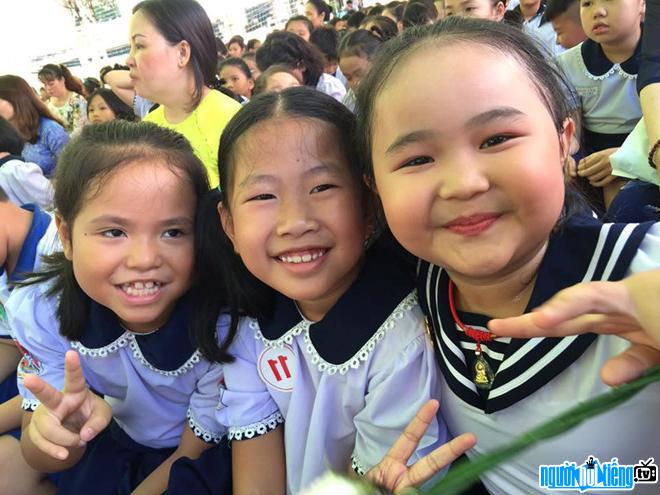 Nguyen Ngoc Kim Thu and other committees at school