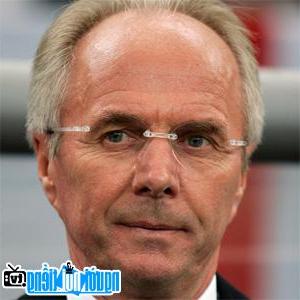 Who is Football coach Sven-goran Eriksson?
Football manager and former right-back who won the 1986 Coppa Italia with Roma and several titles with the Portuguese Benfica Liga.
He was forced to end his playing career early due to a knee injury.

He played professionally for a small group called Torsby IF.

He was born in Sunne, Sweden.

Sven-goran Eriksson infomation and profile updated by nguoinoitieng.tv.
Born in 1948