Who is Guitarist Van Vuong?
Artist Van Vuong's full name is Van Huu Vuong, when mentioning this artist, people often remember the image of an old artist holding a guitar in his hand with many melodious songs. Currently, artist Van Vuong is considered as one of the famous guitarists of Vietnam, not only famous for playing music, but also known as the author of many compositions for music. guitar from popular songs - compositions composed by himself. With his talent and dedication in art in 2013, he was honored to receive the award Bui Xuan Phai for the love of Hanoi.
The childhood of artist Van Vuong was full of difficulties when he was only 4 years old due to the sequelae of smallpox that robbed his eyes of light. rendering him unable to see. Therefore, every day the artist only knows how to make friends with music for fun, he often ties an elastic band over a copper betel nut cap, plucking the strings to make sounds according to the rhythm of the songs he hears. Then, knowing that their son liked the piano, his parents saved up money to buy him a guitar; then that stupid tree became inseparable for him. Through the music through the Voice of Vietnam Radio, emanating from the first loudspeaker in the neighborhood, he played along by himself, under the guidance of his uncle, within 5 months, Van Vuong completed the textbook F. Caroly. Until he was taught braille by a friend, that was when he was 16 years old, and again worked diligently to find and look up documents; Around this time, his voice also began to appear on radio waves of Voice of Vietnam with songs such as "A river away", "Sunset on the beach" composed by himself. work. After this success, he also continued to release many popular music products such as "Letter to Elyze" (Bethoven), "Afternoon Music" (Sube), "Persian Market" (Ambecatenbey, "Ambecatenbey," Hanoians” (Nguyen Dinh Thi), "The Song of Lo River" (Van Cao), "Oh dear people on the way back" (Quan ho folk song)… perfectly "enter your soul" with the sound of a guitar .

Although he is a multi-talented artist, in his youth, artist Van Vuong used to have many people who loved his guitar, but because of his blindness and difficult circumstances, it took until the age of 40 that guitarist Van Vuong Vuong just got married. His wife used to be a student at Hanoi Medical University, who was 20 years younger than him despite everyone's objections to build a family life with him.
After getting married, 11 years later. He and his wife were newly promoted to parents when their son was born. Currently, the boy also inherits a passion for music from his blood, just like his father. Like him, he is currently majoring in piano at the Vietnam National Academy of Music. 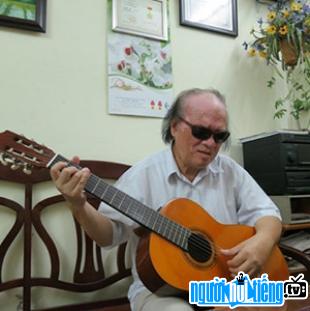 Other pictures of guitarist Van Vuong 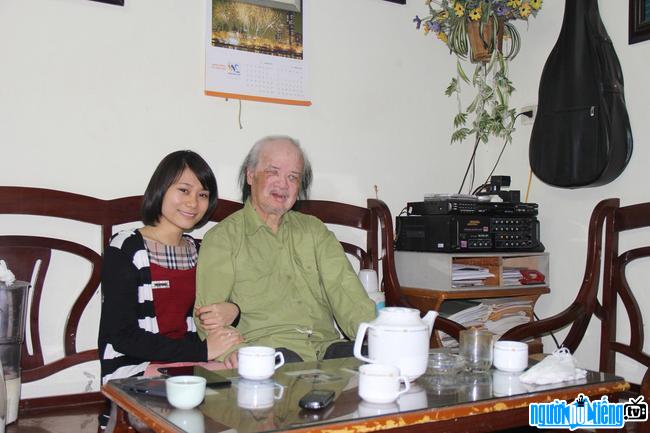 Events in the world in the birth year of Van Vuong

Van Vuong infomation and profile updated by nguoinoitieng.tv.
Born in 1942