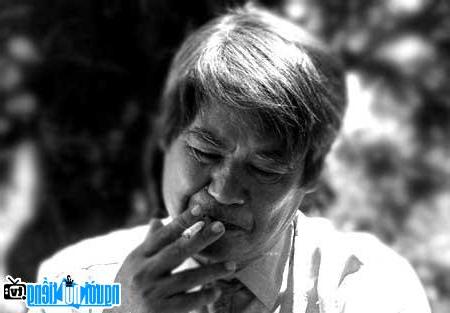 Who is Poet Nguyen Dinh Thi?
Nguyen Dinh Thi is considered a multi-talented artist, he composes music, writes poetry, writes novels, plays, and critical essays. In every field, he also made valuable contributions.
In 1942, poet Nguyen Dinh Thi began writing philosophy books while he was still at school. Works such as: Introductory Philosophy, Nirvana Philosophy, Einsteinian Philosophy, Metaphysics, Cangile Philosophy...
Nguyen Dinh Thi's poetry brought a new, unique and modern look. The poem is considered the most favorite of poet Nguyen Dinh Thi, it is "Country", this is an immortal work of literature. Later, the poem "Country" was compiled into a symphony by musician Dang Huu Phuc sing the same name "Country".
His typical poems:
- The Soldier (1958)
- Poem Black Sea (1958)
- Blue River (1974)
- Sunshine (1985)
- Country (1948 - 1955)
- Remember
- Red leaves
The prose works of Nguyen Dinh Thi are timely reflections of the heroic struggle of our people in the resistance wars. His works are all topical about the resistance wars of the Vietnamese nation. The novel "Shock" is the first literary work of Nguyen Dinh Thi. "Shock" has vividly recreated the battle of a shock company in the victory of Trung Du in 1951. This work won the art prize 1951 - 1952.
The novel is considered the most successful. in the field of prose by Nguyen Dinh Thi is the work "Breaking the shore". The work has recreated the multi-dimensional picture of Vietnamese society from 1939 to 1945.
Other works such as: "This year's autumn and winter" (1954), "On the banks of the Lo River" (1957), "Into the Fire" (1966), "The Front on High" (1967...
Poet Nguyen Dinh Thi is also a sharp literary critic, his essay "Getting the way" has helped the world. The literary and artistic system at that time found the right path, that is, "The arts serve the war, but it is the fighting that gives the arts a new vitality, the iron and fire of the front is casting their new art." ta" ("Get the Way").
Poet Nguyen Dinh Thi is also the author of a number of plays such as:
In particular, with the play "Bamboo Forest" written by the author in 1979. It is a play that resonates not only in the country but also abroad. In 1999, this play was awarded a Gold Medal at the Professional Theater Festival.
Nguyen Dinh Thi is also known as a talented musician. He is the author of the immortal musical "Hanoi people". Another of his compositions that has also entered the hearts of every Vietnamese, is the song "Death to the Fascists". With only these two songs, Nguyen Dinh Thi is completely worthy of the title of musician, the noble title that music fans have won for him.
Composer Nguyen Dinh Thi passed away on April 18, 2003.
Achievement:
- First class anti-French Resistance War Medal
- Order of the Resistance Against America, First Class
- First Class Independence Medal
- 50 year old Party badge
- Prize Ho Chi Minh first phase of literature and art.

He was born in Luang Prabang, Laos, when he was five years old, Nguyen Dinh Thi returned home with his parents and went to school in Hanoi. Hai Room. From a young age, Nguyen Dinh Thi was famous for her intelligence and was very good at all subjects, especially philosophy. He and some classmates secretly studied Marxism.
After graduating with a Baccalaureate degree, he studied Law at University Indochina and became one of the key officials. of the Cultural Association for National Salvation.
He is a revolutionary soldier rich in patriotism, having served as the representative of the Viet Minh in the Democratic Party.
In the 1940s, he joined the Culture Group for National Salvation.
In 1945 he attended the National Conference of Tan Trao, then was elected as a Member of the 1st National Assembly of Vietnam.
In July 1945, Nguyen Dinh Thi was allowed to attend the National Congress at Tan Trao and was appointed to the Committee for the National Liberation of Vietnam.

His father was an officer of the Indochina Post Office, who used to work in Laos. He has a son, writer Nguyen Dinh Chinh. 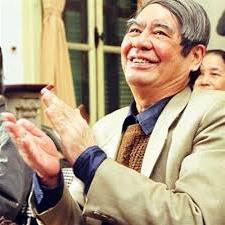 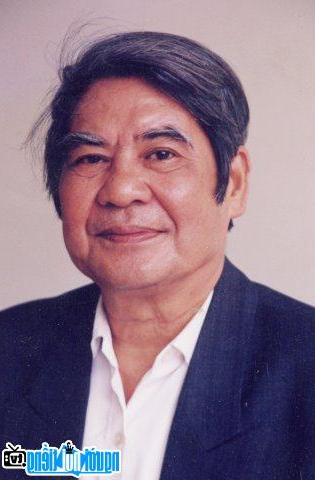