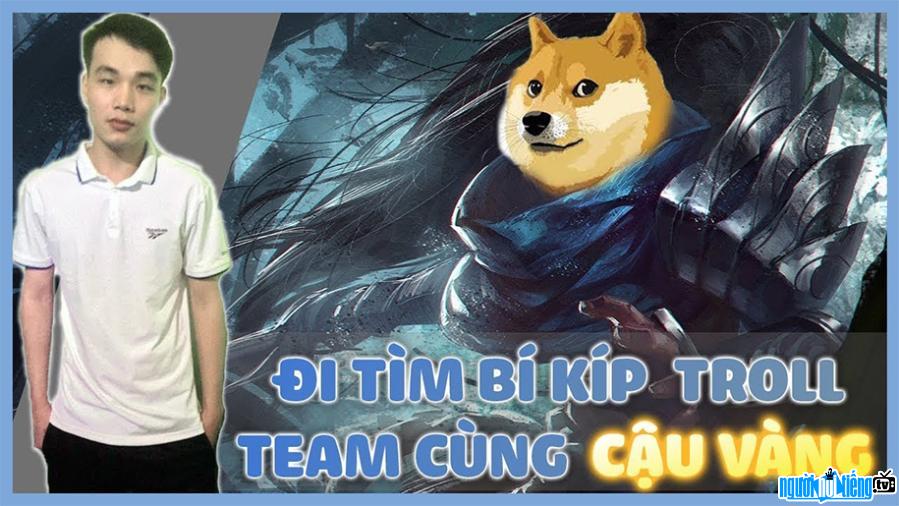 Who is Streamer Cau Vang?
Mr. Vang's real name is Quach Son Tung, he is a famous streamer in Vietnam's League of Legends village with high-class Yasuo "dances" and solicitations with famous characters, so the Youtube channel is called Bip Kip. Troll Team of Golden Boy has become a "skill" channel that is loved and watched by many people. Up to now, his channel Bip Kip Troll Team has attracted more than 740 thousand channel subscribers and 156 million views - an extremely impressive number.
However at the beginning of May 2020, The drama between the Golden Boy and his sworn brother, Yasuo Bronze 5, made the audience quite angry. Specifically, Yasuo Bronze 5 (Bui Quoc Dat) said that he was the one with Golden Boy to develop the channel "Bip Kip Troll Team" to have the success it is today, Highlight phases and Solo bets were made by himself. . But then he thought that he was constantly being exploited for labor and just because of his bad form, he was stopped by the Golden Boy.
But shortly after that, the Golden Boy shared the article. on the Facebook page in response to criticism of his "sister brother". Mr. Vang recounted the story from the beginning of their cooperation to build the Troll Team Secret. He confided that he was very sad when he heard Bronze 5 say "I give my all to people, and people pay me back." I have 12 million, when people get popular, they leave me” while it was Bronze 5 who decided to leave first. He also affirmed that he had fulfilled his obligations when he paid his monthly salary, helped Dat with many things, even spent 3 months' salary to buy a 100 million PC for Dat. Mr. Vang also reprimanded Dat and accused Dat of sleeping all day, refusing to eat and drinking, only to say that he was hungry and said he wasn't strong enough.
Then Yasuo Bronze 5 also refuted the Golden Boy. with an explanatory status. He said that Uncle Vang bought himself a PC of 100 million is completely untrue because spending that PC is for Gold to live stream, owned by Uncle Vang, not Dat. Dat also said that he helped Vang develop the channel and had not received any help from his partners. Dat also affirmed that he was the one behind bringing the Golden Boy and the Troll Team's popularity to the show.
The two sides accused each other that fans were very upset, they were upset about it. The falsehood of the Golden Boy, but one side thinks that Dat is the wrong person when Gold has brought opportunities for development but does not know how to seize it and is still dissatisfied.

When was Streamer Cau Vang born?
Cau Vang birthday ?-?-1996 (at the age of 26).
Where is Streamer Cau Vang's birth place, what is Zodiac/Chinese Zodiac?
Cau Vang was born in Lao Cai, of Vietnam. Mr, whose Zodiac is (don't know), and who Chinese Zodiac is The Rat. Cau Vang's global rank is 46251 and whose rank is 308 in list of famous Streamer. Population of Vietnam in 1996 is about 73,16 millions persons.
Celebrities born in:
/ 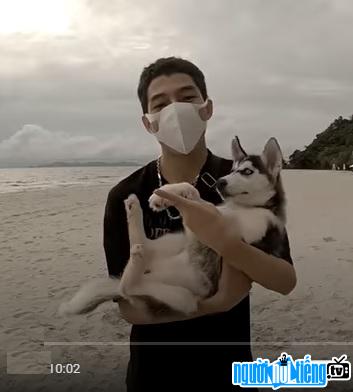 Golden Boy with his dog

Events in the world in the birth year of Cau Vang

Cau Vang infomation and profile updated by nguoinoitieng.tv.
Born in 1996