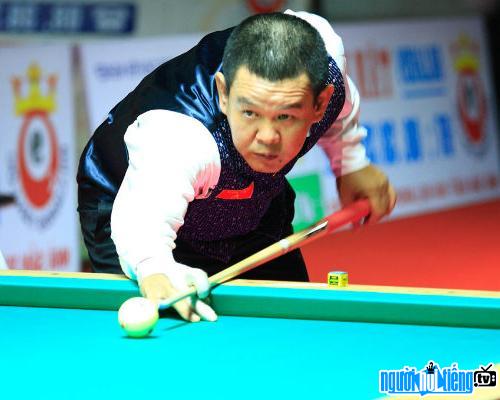 Who is VĐV bi-da Ly The Vinh?

Ly The Vinh is the one who brought home the first three-band carom gold medal for the Vietnamese Billiards village at the 1997 SEA Games in Indonesia. That day, because he was so passionate and eager to win, Ly The Vinh was self-sufficient in money to compete and made a surprise for Vietnamese sports.
Over 20 years of playing at the Billiards table, Ly The Vinh won the most significant medals, including gold at SEA Games 19 and SEA Games 22, bronze at ASIAD 16, as well as four national championships.
Before SEA In the 2015 Games, Ly The Vinh decided to retire from his illustrious career in Billiards.
In addition to his professional sports career, Ly The Vinh is also the director of 5 companies (Director of a fabric manufacturing company). Fear Ly Vinh, Co-Director of 4 satellite companies specializing in garment trading (Ly Dat, Dat Hung, My Dung, 4A)

In the early days of his career in Saigon, Ly The Vinh worked for a cloth shop. The work is quite hard, starting from dawn to 12 o'clock at night. The times I went through the billiards rows, saw someone surf the beautiful muscles, everyone admired and admired, Ly The Vinh also wanted to try it once.
Try once to become addicted, at the first time Vinh won the opponent. Since then, he has taken advantage of his free time to go to the club to practice.
In 1989, Ly The Vinh participated in the award of the top cues in Vietnam and won the first prize. Since then, he confidently entered the professional sports path.

Ly The Vinh was born into a family of Chinese origin in Bac Lieu. As the only son out of 5 children, Ly The Vinh had a sense of independence from a very early age. Because of his family's difficult situation, only in 11th grade, he gave up his studies and went to Saigon to start a business.

At SEA Games 19, Ly The Vinh overcame compatriot Duong Hoang Anh in the domestic final. Use 3-band carom to become the champion. It was the beautiful muscles in that match that captivated the little boy Duong Anh Vu (son) "rival" Duong Hoang Anh). Ly The Vinh has passed on all his experience to this student. Do not disappoint him, Duong Anh Vu overcame many opponents to reach the final of the 22nd SEA Games, and then succumbed to his teacher.

Summary of Ly The Vinh profile 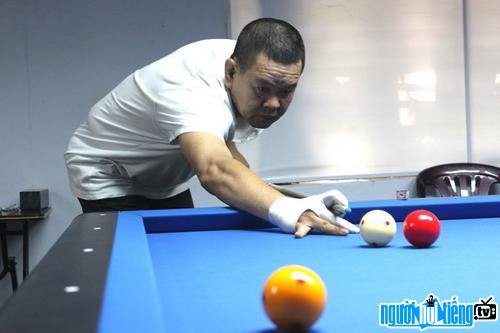 Ly The Vinh was the one who brought home the first three-band carom gold medal for TTVN.

Ly The Vinh infomation and profile updated by nguoinoitieng.tv.
Born in 1963