Who is Youtuber Hoang Hai (Sapa Tv)?
Hoang Hai - Famous Youtuber with Youtube channel nearly 500,000 subscribers, Fanpage has more than 94,000 followers. Living and working at Lao Cai, Hoang Hai always wishes to promote the image, culture and cuisine of his homeland to domestic and international tourists.
His main daily job is to drive tourists to Lao Cai and the Northwest provinces like Yen Bai, Son La... Going to many places, but I still feel the land and Lao Cai people in particular and the Northwest provinces in general have unique features that are not found anywhere else. Since then, he rekindled his intention to set up a Youtube channel Sapa TV to introduce visitors to the unique traditions with lovely honest people, immense beauty and delicious food in the Northwest. He spent hundreds of millions of dong to invest in camcorders and drones to produce quality videos. Each video, Hoang Hai takes about 1-2 months to come up with script ideas, learn facts, record and do post-production. Every product he produces is very serious, thoughtful and thorough. When taking tourists to visit famous places in the Northwest, Hoang Hai took advantage of the opportunity to record with a hand-held camcorder.
In 2011, Hoang Hai started posting the first videos about his simple life. bold cultural identity, cuisine and people of Lao Cai. Receiving positive feedback from the online community, Hoang Hai has more motivation to release many new videos. Hoang Hai's Youtube channel Sapa TV has many million-viewed videos such as: Sin Ching market cuisine (more than 2.4 million views), Civet meat dish has brought down millions of drinkers (more than 8 million views), Preparing Giay ethnic wedding 100 trays 1 horse 4 pigs 75kg geese (more than 5 million views)... Youtube channel is Sapa TV but Hoang Hai does not limit himself to Sapa markets, delicious Sapa dishes but also brings viewers to watch. to Bac Ha markets, weddings of Giay and Mong people... Audiences from all over the world can experience the true life of the highlanders through Hoang Hai's videos.
In the videos, there are You can see that Hoang Hai always observes and talks to many highlanders to understand more about them. Meeting difficult people, he is willing to help. When buying a pig for a poor couple to raise; sometimes invite poor old people to eat rice; when spending money to buy food, rice, meat for relatives. Sometimes when he saw the highland ethnic people selling wild animals, he bought them and contacted the forest rangers to bring them into the forest to release.

After graduating from high school, Mr. Hoang Hai learned to drive and started working as a tourist driver serving tourists visiting Sapa. Up to now, he has had 16 years of traveling on all roads, knowing the roads, belonging to each commune and district of Lao Cai in the palm of his hand. 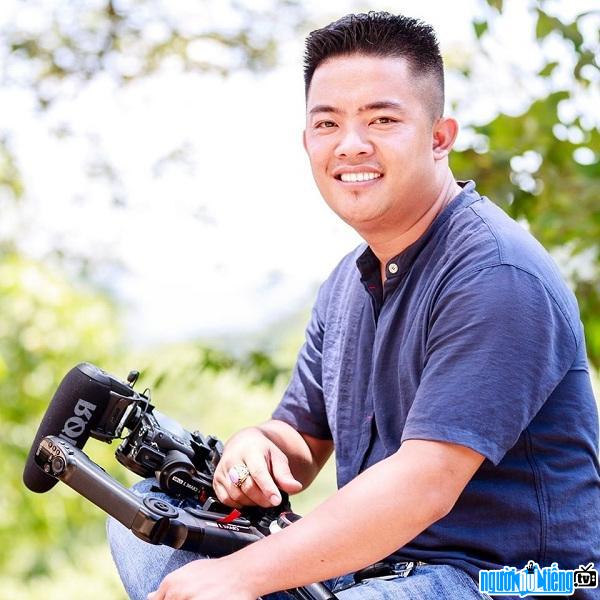