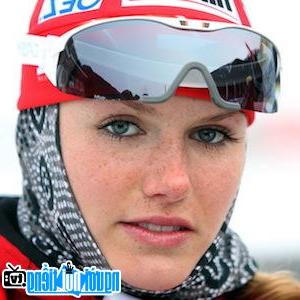 Who is Biathlete Gabriela Soukalova?
Biathlete Czech won silver in the medley relays and started the series at the 2014 Winter Olympics in Sochi. In 2015, she received the Crystal Globe as the winner of the mixed relay event at the Biathlon World Cup.
She is a talented singer and performed at the gala for a Czech biathlon in 2013.

She started training as a biathlete in 2005 and was accepted into the Czech national team in 2007. She participated in the World Championship Biathlon Junior in 2008.

Her mother is Olympic cross-country athlete Gabriela Svobodová. She has played badminton on Petr Koukal.

Events in the world in the birth year of Gabriela Soukalova

Gabriela Soukalova infomation and profile updated by nguoinoitieng.tv.
Born in 1989