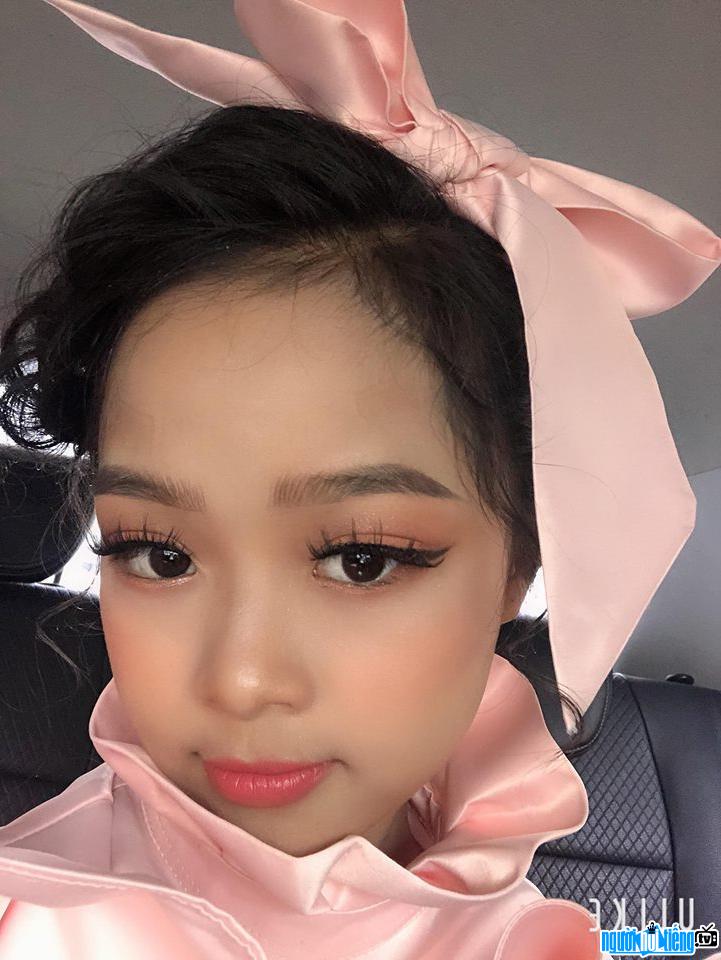 Who is Child model Tran Pham Minh Anh?
Tran Pham Minh Anh is a young but extremely talented child model. Although only 10 years old, Minh Anh has shown her talent through fields such as singing and dancing. , MC and fashion show.
Capturing her child's passion and talent, Pham Binh's mother, Minh Anh's mother, created conditions for Minh Anh to be satisfied with his passion.
After the During formal school hours, Minh Anh actively practices hard, from singing and dancing to how to move, confidently striding on the catwalk. The special factor that makes Minh Anh what he is today is his confident and extremely attractive demeanor at every step.
Minh Anh has always had a dream of becoming a famous multi-talented artist. of Vietnam as well as the world. And now, Minh Anh is still studying more intensive courses on modeling and dancers at famous art academies.
It can be said that Minh Anh is a "talented young girl", in When you were still eating and playing, Minh Anh owned a block of priceless prizes such as: Top 4 - Junior in the Freestyle Amateur category; the audience's favorite award in The Voice Up Kid 2017 contest organized by the FYD Young Talent Academy; Minh Anh won the Golden ticket of VTV3's Idol Kid singing contest 2017; Champion of Superstar Child Dancers of 2017 VTV Cab; Saostyle Awards 2018 talented female model; World luxury brand photo model 2018 in Korea... not only that, Minh Anh also participates as a model for famous fashion shows both domestically and internationally such as: Fashion Week international children 2017, the show to celebrate the 60th anniversary of the establishment of barbie,...
And most recently, Minh Anh is also in the top 14 child models who will participate in Vietnam International Children's Fashion Week 2019 - will officially take place on the upcoming April 21 at ForeverMark Wedding and Event Center (Hanoi) to present the latest collection of Dac Ngoc Designer House.

The beautiful face and personality of the child model Minh Anh 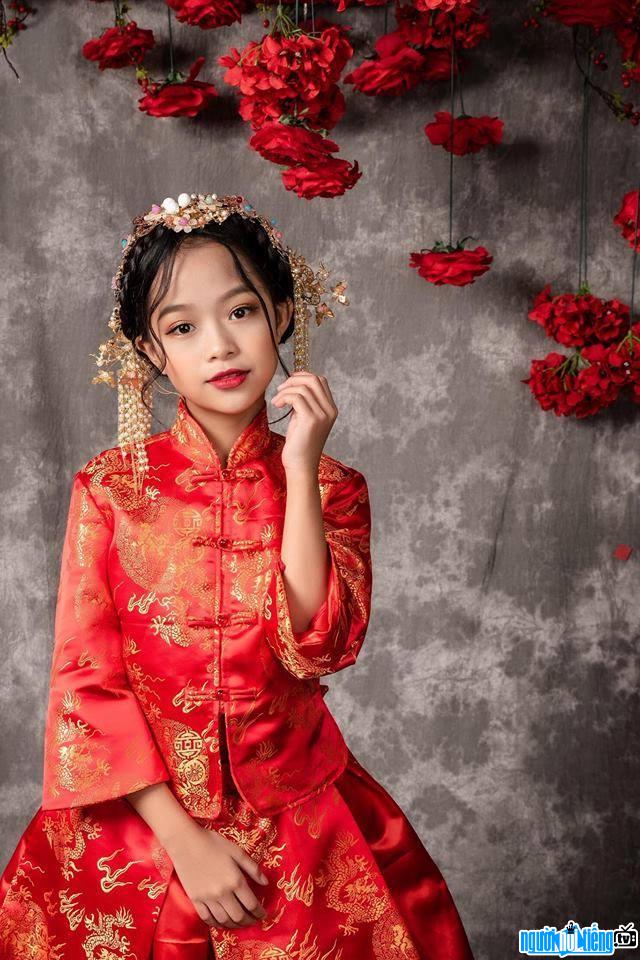 Minh Anh is beautiful with a red dress 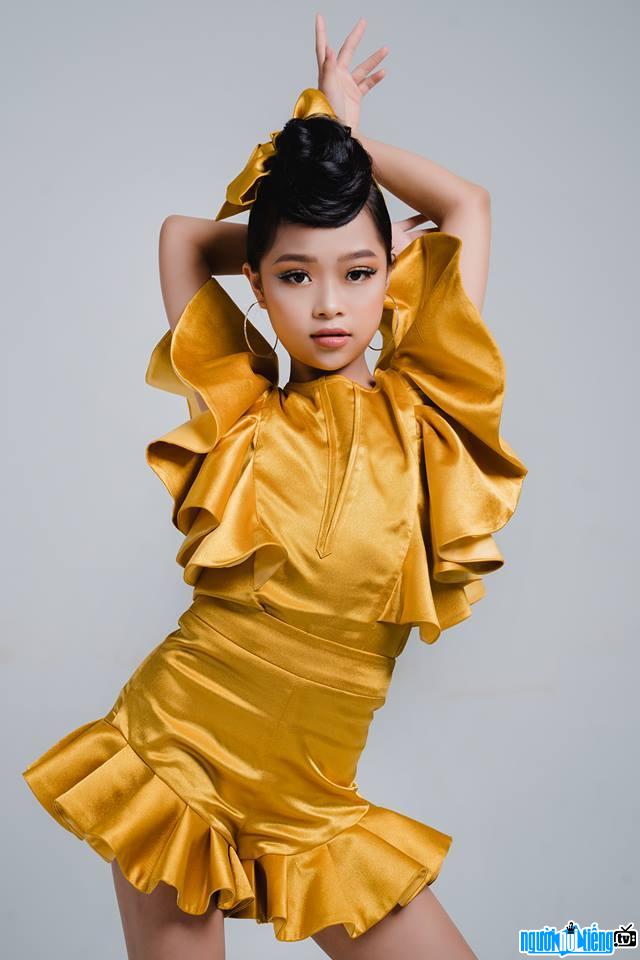 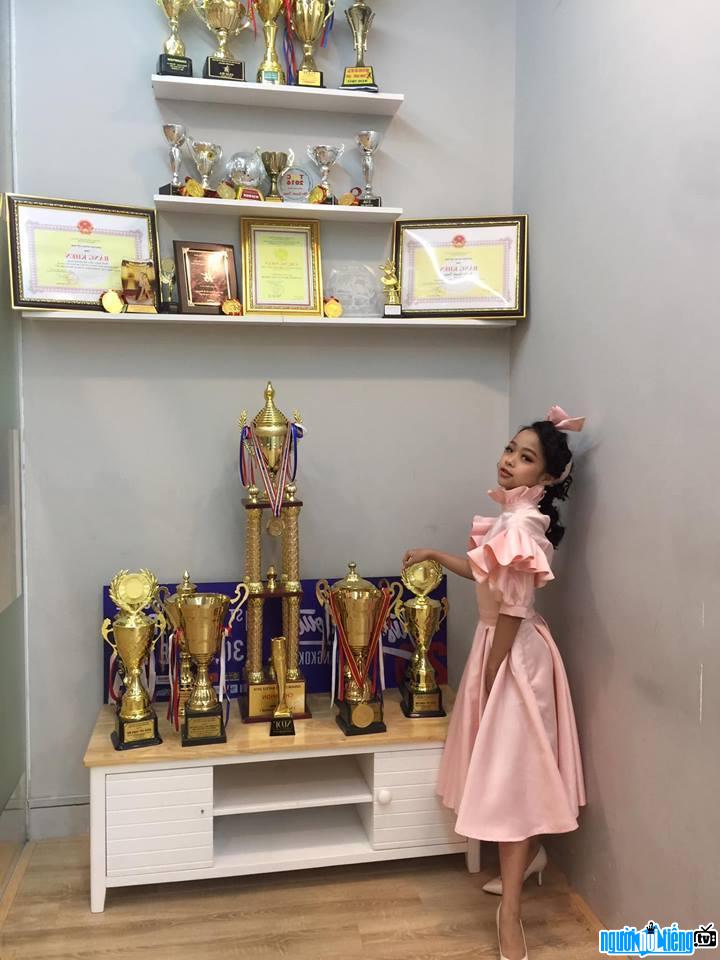 The huge prize money that Minh Anh has won