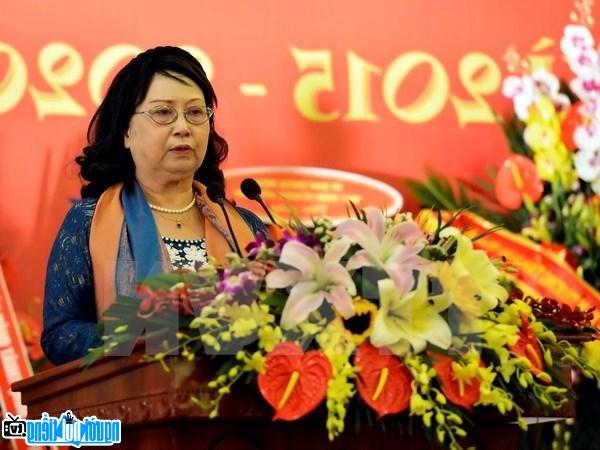 Who is Choreographer Chu Thuy Quynh?
Chu Thuy Quynh is a choreographer, actress, and program director. Currently, she is the President of the Vietnam Dance Artists Association, former Director of the Vietnam Music and Dance Theater.
In 1960, Chu Thuy Quynh participated in the main role in the dance play Tam Cam, this is one of the first dance plays of Vietnam at that time. After that, she returned to work at the Central People's Dance Union. During this time, Chu Thuy Quynh performed many dance plays such as: Wings of birds and the sun (Thai Ly), Meeting with the firecracker tray, Call of the homeland.. Over 60 years in the profession, choreographer Chu Thuy Quynh devoted herself to choreography. nonstop. To date, she has left behind many dance masterpieces such as: Drum Hoi, Dance of the T'rung, Hoa Trang An, Huong Xuan, Vietnamese Girls, Homeland Perfume, The never-ending bird wing...
NSND Chu Thuy Quynh also proved her ability as a director and co-director. She created many programs to serve the important holidays of the country and the city such as the 990-year festival of Thang Long - Hanoi, the opening and closing ceremony of the Southeast Asian Games - SEA Games 22 (in Hanoi). )… In 2010, she was a member of the Hanoi Arts Council, a member of the Art Advisory Council in the program of the 1000th Thang Long - Hanoi Grand Festival and the general director of the ancient dance program "Thang Long opens the festival". - Rediscovering the old mark"…
Artist Chu Thuy Quynh also participates in dance criticism research and has prepared many dance textbooks as well as research works on dance art.
From 1994, Chu Thuy Quynh used to hold the position of General Secretary of the Vietnam Dance Artists Association, Course II, Course III (2000), and in 2005 she was the President of the Association, Course IV. She is a member of the IV, VIII, IX and X National Assembly, currently the President of the Vietnam - India Friendship Association Hanoi city , also one of the founders and a member of the Vietnam Association for the Relief of Disabled Children.
In 1998, she was awarded the title of People's Artist. In 2001, she received the State Prize for Literature and Art. In 2015, she was awarded the title of Distinguished Capital Citizen. With her dedication to the dance art of the Capital and the country, for many years she has been a Cultural Emulation Fighter and a National Emulation Fighter; 4 times awarded the Certificate of Merit by the Prime Minister.
On June 25-26, 2015, in Hanoi, the Vietnam Dance Artists Association held the 6th National Congress of Deputies, term 2015-2020. People's Artist Chu Thuy Quynh continued to be re-elected President of the Association. Vietnamese dancer for the term 2015-2020.

At the age of 14, she entered the Central People's Dance Union, then went to perform at Hai Phong, working for a long time. lived with the Northwest, went back to the countryside to perform in the Land Reform.
In 1958, she started taking dance lessons. After becoming a dancer, she toured many places both at home and abroad, or performed on battlefields.
In 1983, she studied classical Indian dance. 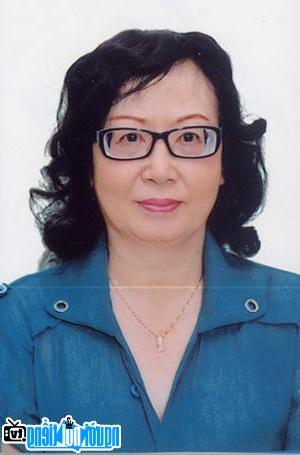