Who is Hot girl Lam Ha Thuy Tien?
Lam Ha Thuy Tien, a hot girl who is both beautiful, good at studying, and beautiful at dancing, is the dream model of many parents. The "divine" photo of Thuy Tien in a high school uniform makes many boys "wish to die". Not owning a trendy Vline face, but Thuy Tien's clear, chubby and cute features make netizens crazy with a series of photos taken at an angle. Thuy Tien's "divine" side angle catches the hearts of many boys.
Full face, black eyes, soaring nose bridge hidden behind long black hair, 10X Saigon is known as "" school angel". Thuy Tien's photos received a rain of compliments from the online community, many boys even wanted to transfer schools to be in the same class with "this angel". Thuy Tien feels very happy when people care and praise. She said that she must try harder to make people remember not only by her appearance but also by good things. Thuy Tien is a student at Phu Nhuan High School, Ho Chi Minh City. Her friend participated in a short film for the "Spring Tree" concert at school.
Pretty face, outstanding height of 1m68, Thuy Tien is one of the outstanding faces of class 11A6. Thuy Tien once participated in the flashmob hut dance clip with nearly one million views. In the future, Thuy Tien wants to try a few beauty contests suitable for her age and ability.
Not only has her attractive appearance, but Thuy Tien also has a remarkable academic record. You are a good student for 11 years in a row. In the first semester of 11th grade, Thuy Tien won the title of excellent student and ranked 3rd in her class. Thuy Tien loves to read, often sitting for hours with books. This is the secret for Thuy Tien to write well and learn to think quickly. Thuy Tien's dream is to become a lawyer. Her friend always tries hard in her studies to be able to pass the entrance exam to Law University.
Thuy Tien considers herself a person who is easy to talk to and sociable. She is a responsible person, often standing out to resolve conflicts for friends. Thuy Tien's ideal boyfriend is mature, mature and has the same thoughts as her. 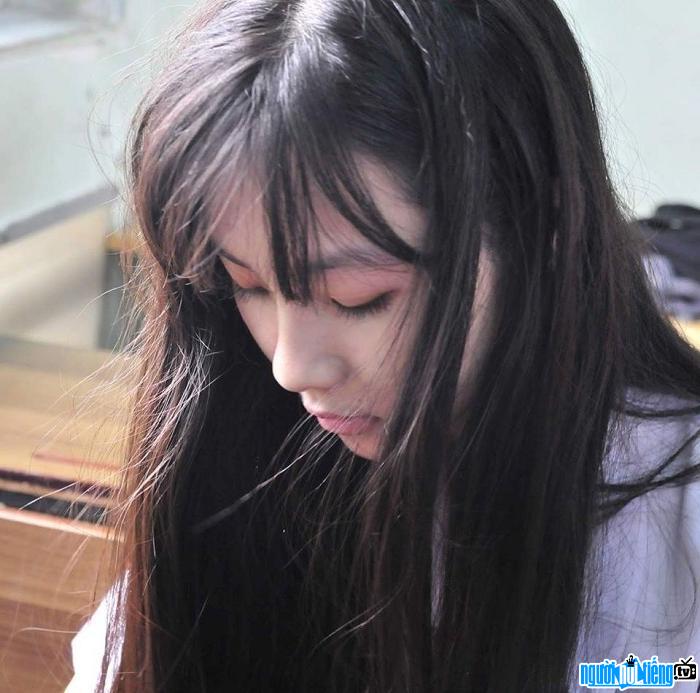