Who is Hot girl Le Thu Huong?
Le Thu Huong, a former student of Hanoi University of Culture, has a bright smile and a baby face like a doll. Thu Huong was noticed by the online community after a photo of her wearing H'mong ethnic clothing and discovering Sapa's indigenous culture was shared online. Many people mistakenly thought that it was a beautiful H'mong girl, so she gave Thu Huong the nickname "Hot ethnic girl". Since then, Thu Huong has been trusted by many photographers in Hanoi to be invited as a photo model. Thanks to her gentle, angelic beauty, Thu Huong is loved by many young people, and the personal Facebook of the hot girl 9X has more than 55,000 followers.
Currently, Thu Huong is trying every day to become a successful entrepreneur in the fashion and beverage industry.

On March 9, 2017, ethnic hot girl Le Thu Huong and her handsome businessman husband officially returned to the same house. Thu Huong's husband is Vu Tuan (born in 1987), currently doing business in Hanoi. Thu Huong trusts her whole life because Vu Tuan is a smart, mature, calm, caring person.
Suddenly famous for the photo of a beautiful ethnic girl by the stream, Thu Huong was noticed by many boys, including Vu Tuan. Not only watching Thu Huong's photos online, Vu Tuan also played the role of Shipper delivering goods to Thu Huong's house knocking on the door. Vu Tuan did not take too long to "cut down" the ethnic hot girl. Vu Tuan's calmness and gentleness made Thu Huong drunk. Thu Huong was repeatedly put in a funny situation by Vu Tuan's "muddy" humor. Until now, Thu Huong still cannot forget the proposal in the cemetery. At that time, Thu Thuong and Vu Tuan went to visit their grandmother's grave. Right in the middle of the cemetery, next to it was a hole. Vu Tuan told Thu Huong "I have two choices, one is to marry you, the other is to go to the pit". Thu Huong and Vu Tuan took wedding photos at 5 different locations, in which the photos were taken at a small house in Hung Yen In the outfit of brown shirt and black pants, she loves it most.
Recently, Thu Huong made a semi-nude photo set showing her pregnant belly full of stretch marks, happy with her husband. Thu Huong and her husband cherished this idea for a long time. The photographer was able to remove the stretch marks on Thu Huong's belly, but she refused to edit. Thu Huong's husband also does not care about the ugly stretch marks, but also loves her more because she has to suffer disadvantages to give birth. 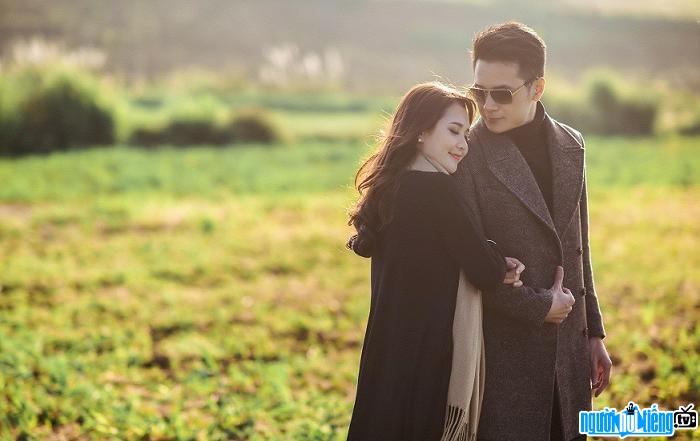 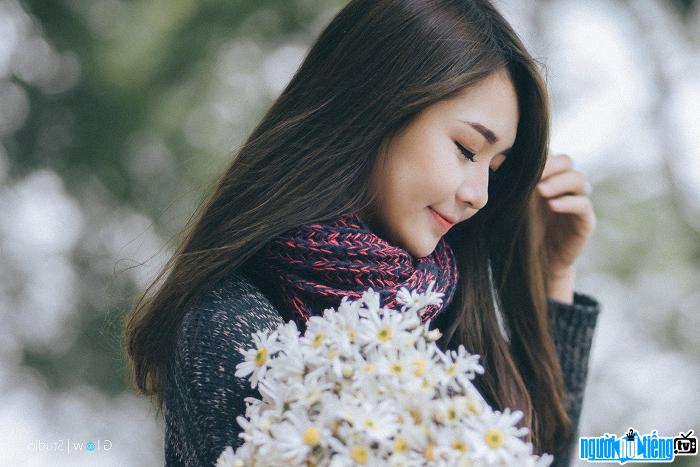