Who is Hotface Nguyen Khanh Linh?
Nguyen Khanh Linh was noticed by the online community after publicly showing his affection for midfielder Bui Tien Dung. Not only beautiful, Khanh Linh is also the owner of a famous hotel in Bac Ninh. The couple publicly announced their love on October 2, 2018, right on Tien Dung's 23rd birthday.
Even though no photos of them together have been posted on the personal page, the online community has rumored. predict the relationship between the two. Central defender Bui Tien Dung once made a rather sensitive comment on a photo of Khanh Linh: "Do you sell alcohol at my house, but why are you so drunk when drinking at my house". She also wittily replied: "If you don't sell alcohol at my house, how drunk will you be". Khanh Linh is often present in the stands to support football, especially in matches with midfielder Bui Tien Dung.
Public love has not been long, but the couple Bui Tien Dung - Khanh Linh often make people laugh because of the moments of "breakfast love" together. On her personal page, Khanh Linh is very diligent in updating her boyfriend's image and often sends words of encouragement and encouragement to Bui Tien Dung. Perhaps in the WAGS lineup of the Vietnamese team, Khanh Linh received the most sympathy from the fans thanks to her beautiful appearance and talent. Khanh Linh's elegant and luxurious style is also very popular with fans.
Khanh Linh recently posted a photo of herself wearing a white chiffon scarf just like the girls trying on wedding dresses to prepare for their wedding. . Many fans think that Khanh Linh and Bui Tien Dung have thought about going back to the same house in the near future.
Recently, Khanh Linh has been criticized for watching the movie and filming the clip "Hai Phuong" at the same time. post on social media. Many people believe that Khanh Linh using the phone in the cinema to record is not a good idea. However, there are also some opinions in favor of her because the clip only lasts 8 seconds is a fight scene and she also positively compliments the movie. Recently, Khanh Linh was also examined for her beauty in the past and revealed photos of parties going to bars and taking intimate photos with many boys.

Khanh Linh used to be an international student in Singapore. 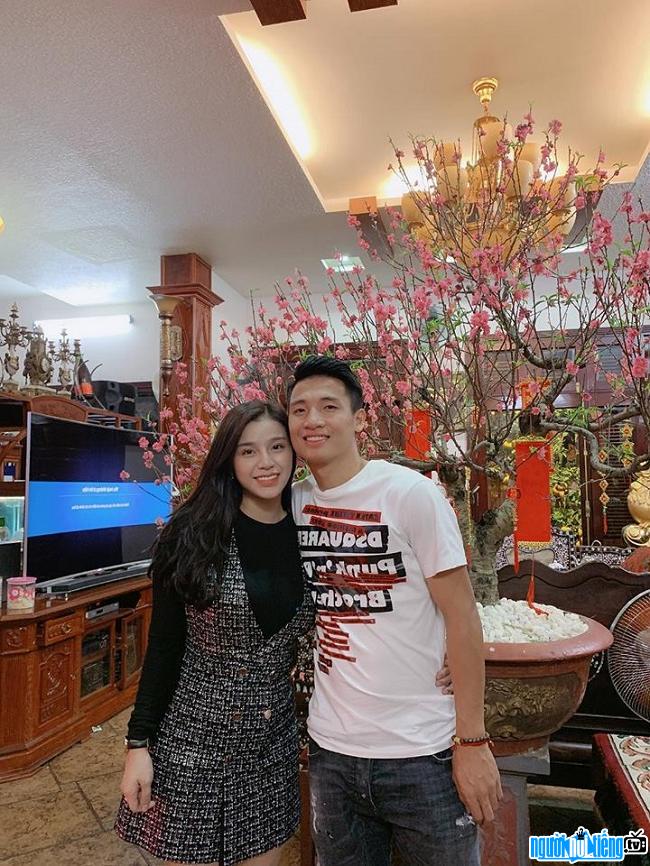