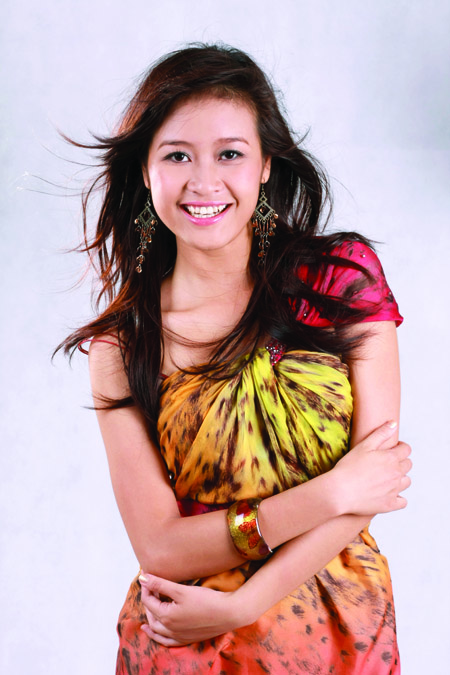 Who is MC Phi Nguyen Thuy Linh?
Phi Thuy Linh is one of the expensive MCs of the North. With her modern beauty and inspirational voice, Phi Linh has attracted a lot of attention in the events she attended. family. Almost everyone who has come into contact with her is also impressed by her friendly smile, easy approach and gentle and intelligent way of talking. If on television, Phi Linh is known for her luxurious and aristocratic image of a charming MC with white skin, good-looking face and a body with quite ideal measurements. She also has a good fashion sense. Phi Linh chooses for herself a feminine and elegant fashion style. Currently, in parallel with taking on the role of host in the VTV6 Fashion Workshop, Changing Life VTV2, Phi Linh is working officially at the Cable TV Editorial Board as a Production Organization, cum person in charge of the TV program. Host for a series of variety shows about movies and stars broadcast daily on VTVCab7.

Passionate about hosting from a young age, right from the 3rd grade, Thuy Linh had a talent for speech, and started to fall in love with the stage since then.
In the 12th grade, Thuy Linh appeared on the screen to host the program Me Xanh for VTV2, she entered university and came to the School of Journalism as a coincidence of fate - following her aspirations 2. The attractiveness of the MC profession , plus the enthusiasm of journalism, Thuy Linh has conquered the runner-up prize of the Rainbow contest. Although it did not become the most brilliant red, it was also the first brick for Phi Linh to confidently enter the MC profession
In 2009, Phi Linh participated in the Rainbow contest. After entering the Top 3 of this contest, she joined VTV6 to collaborate.
Since her second year of university, Linh has also been actively involved in writing, collaborating with many teen newspapers, and working as a collaborative translator with a number of English-language magazines. In addition, she also had a period of time participating in construction, working as an assistant secretary of the editorial office of Small Sun newspaper.
Graduating from the Academy of Journalism, Linh has worked with the Cable TV Editorial Board for 4 years now and recently became a contract employee.
Many people still say: Linh is lucky in her profession because she is endowed with a full, thick voice and the ability to speak. Linh admits that she has a natural voice, but her ability to speak is the result of a process of constant practice. For more than a year, every day like every other day, Linh diligently practiced writing in a diary by retelling a story and then recording it. While testing her voice, let her practice her ability to speak fluently, without interruption.
After nearly 3 years of working as an MC, Linh doesn't know if her job will bring her much fame or not, but Linh knows it makes her happy, she loves and is passionate. The final year student at the Faculty of English Translation and Communication - School of Journalism and Propaganda also cherishes to create her own program format, so that she can lead and be guided for the rest of her life.
In addition to the In the program of the Cable TV Editorial Board, Phi Linh also participates in collaborating with the program of many channels, including the new and feverish Change Life program.
At the moment, Although the name Phi Linh has not become a "brand" in the MC profession, Linh believes that her passion and enthusiasm will create a persistent and smoldering vitality. More importantly, the programs Linh leads are increasingly being received positively by the audience, and Linh's parents also have satisfied glances and smiles about their daughter's work. 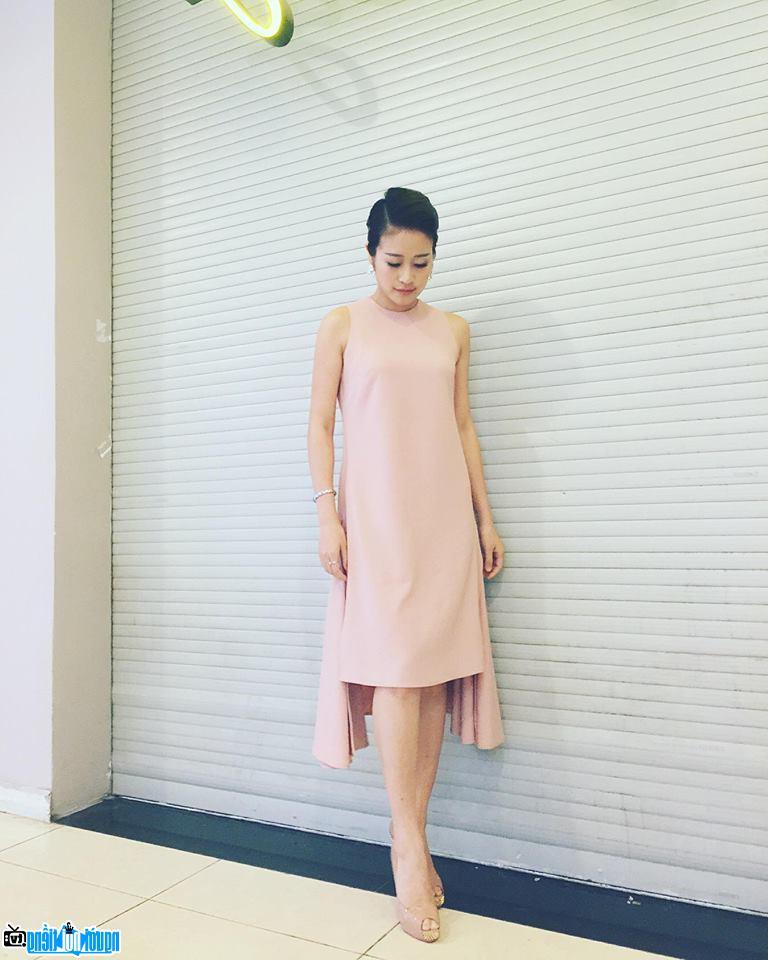 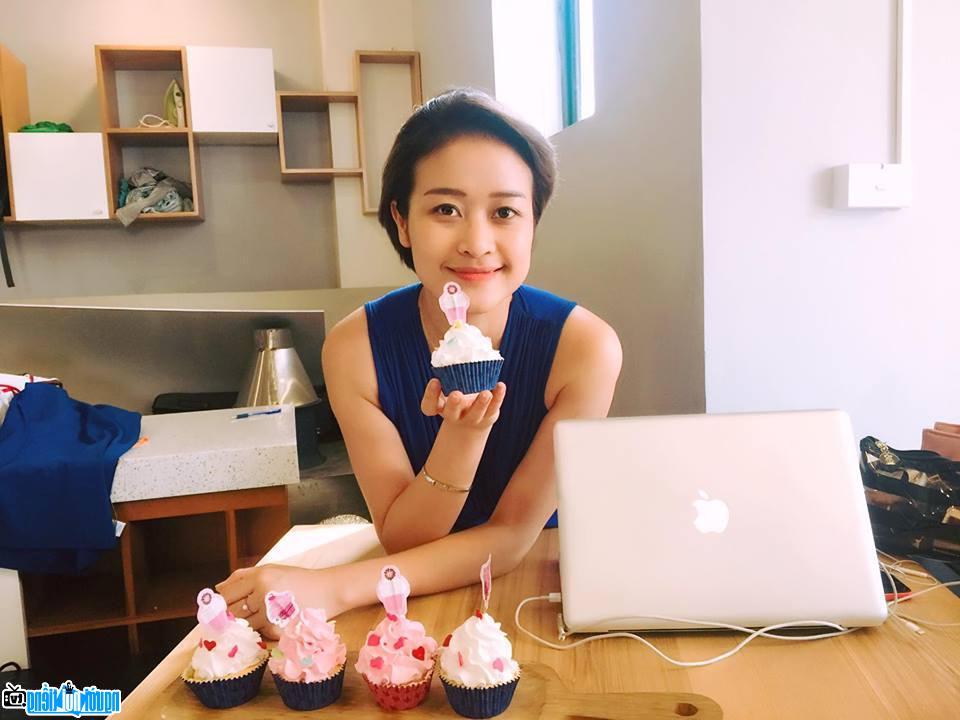 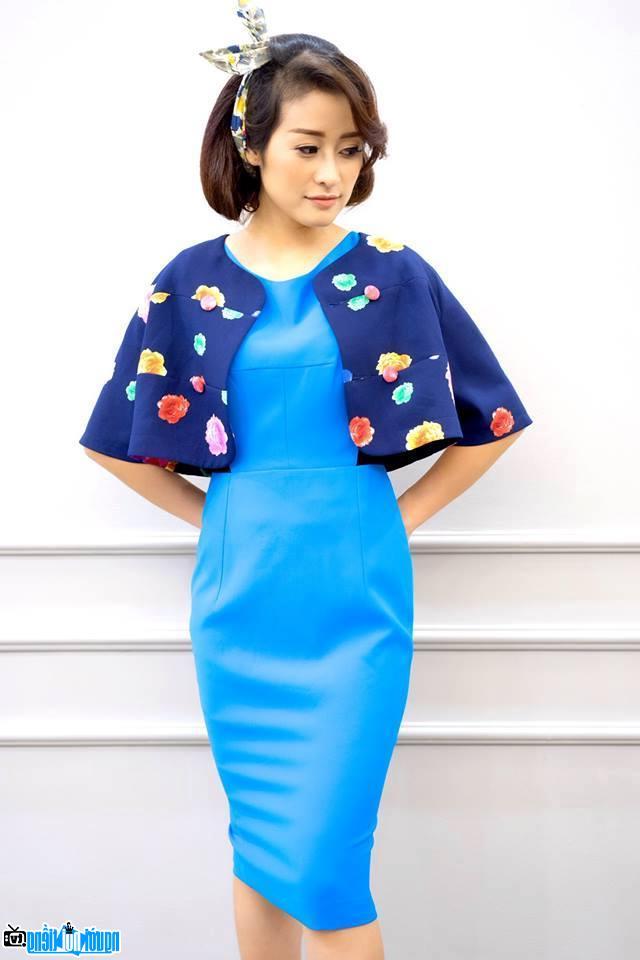