Who is Player Nguyen Duc Viet?
Player Nguyen Duc Viet is a very bright young talent of Hoang Anh Gia Lai Club this season. Duc Viet was born in 2004 in Ho Chi Minh City. After failing the entrance exam to Nutifood Academy, course 1, Duc Viet still attended the gifted class of Hoang Anh Gia Lai due to the care of Bau Duc. Currently, Duc Viet is playing for Hoang Anh Gia Lai club as a defensive midfielder.
In 2020, Nguyen Duc Viet attends the National U19 Finals with the color of Hoang Anh Gia Lai. In this tournament, he showed his poise and composure in the middle position despite his young age. Possessing an impressive performance, Duc Viet was noticed by Mr. Philippe Troussier, U19 Vietnam Coach. After that, he was called up to the U19 Vietnam team and continued to have extremely good performances. By 2021, Nguyen Duc Viet was repeatedly called by Coach Kiatisuk to practice with team 1 Hoang Anh Gia Lai. That is the opportunity to help the midfielder in 2004 progress and mature. However, he missed the National U21 Finals at the end of 2021 because he did not receive enough vaccines.
During the preparation period for the 2022 season of Hoang Anh Gia Lai, Duc Viet was trained. member Kiatisuk named in the list of players participating in the Emperor Cup Quang Trung. In this match he received praises from “Zico Thai”. Although only 18 years old, Duc Viet has shown his ability to control the rhythm of the match, sense of position as well as escape Pressing well. In the V. League 2022 season, he was registered by Coach Kiatisuk to participate and was the youngest player in the Hoang Anh Gia Lai squad. He had the opportunity to come on at the end of the half in the 0-2 loss to SLNA in round 3.
Most recently, Nguyen Duc Viet – Young star Hoang Anh Gia Lai was called up for an additional call. and is the youngest player in Vietnam's U23 squad to attend the 31st SEA Games. Duc Viet will have more opportunities to show his ability when being coached by Coach Park Hang-seo convened for the 31st SEA Games. Failure in the U.S. 19 2022 finals is considered a motivation for the 18-year-old young player to work harder when compete under the shirt of Vietnam U23 team. 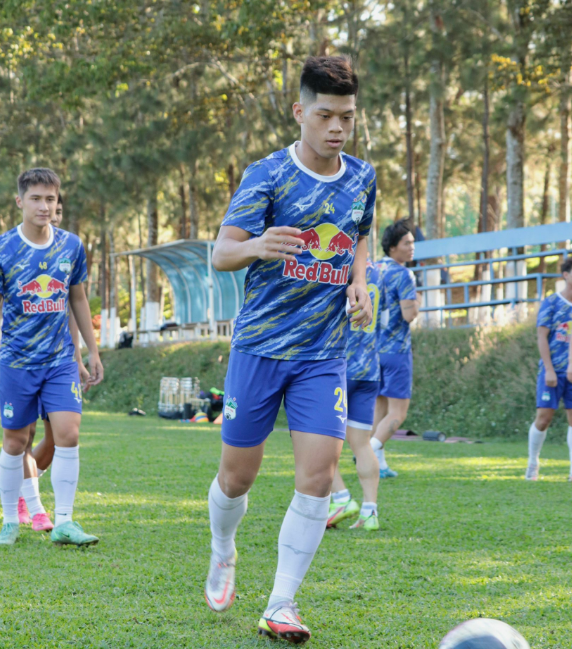 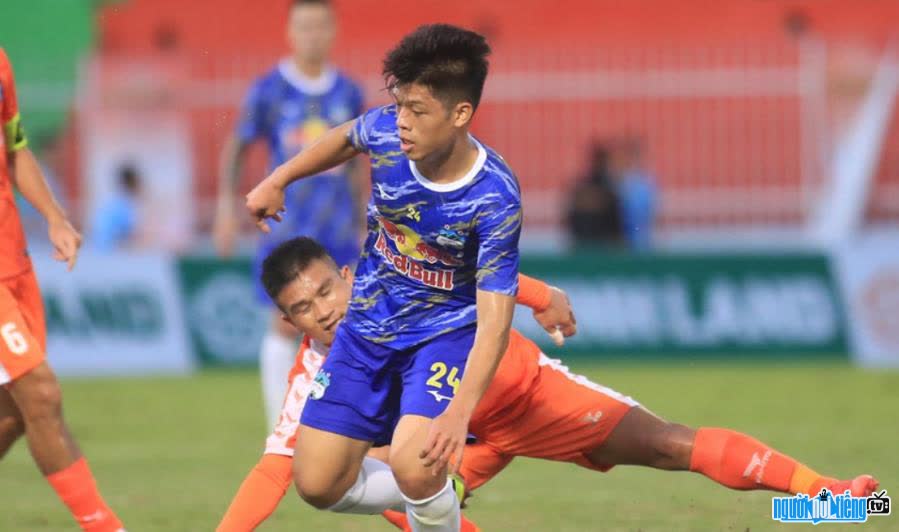