Who is Scientific research Ngo Bao Chau?
Ngo Bao Chau is a famous mathematician for his proof of the Fundamental Lemma for isomorphic forms conjectured by Robert Langlands and Diana Shelstad. He was also the first Vietnamese to win the Fields Medal. He became the youngest scientist in Vietnam to be awarded the title of professor by the State Council of Professorships of Vietnam.

Ngo Bao Chau is a student at Experimental Primary School, Trung Vuong Secondary School, Hanoi. He studied at the Mathematical Division of the Faculty of Mathematics - Mechanics - Informatics, Hanoi University, now the High School for the Gifted of Natural Sciences under the University of Natural Sciences, Vietnam National University, Hanoi.
In 1988, he won a gold medal at the International Mathematical Olympiad in Australia and in 1989 won a gold medal at the International Mathematical Olympiad in the Federal Republic of Germany. Ngo Bao Chau is also the first Vietnamese to win 2 gold medals at the International Mathematical Olympiad.
Ngo Bao Chau defended his doctoral thesis in 1997 and became a researcher at the National Center for Scientific Research. France (CNRS) since 1998, obtained the degree Habilitation à Diriger les Recherches (HDR) in 2003. In 2004 was appointed professor of mathematics at the University of Paris XI. He was awarded the Clay Research Prize by the Clay Mathematics Institute together with Professor Gérard Laumon for proving the Fundamental Lemma for Unita groups. In 2005, when he was 33 years old, Ngo Bao Chau was awarded the title of professor by the Vietnamese government.
In 2007, he also worked at the University of Paris XI, Orsay, France and the Institute for Advanced Study at Princeton, New Jersey, USA.
In 2008, he published a proof of the Fundamental Lemma for Lie algebras, also known as the Langlands Fundamental Lemma.
In 2009, this work was voted by Time magazine as one of the 10 typical scientific inventions of 2009. Professor Ngo Bao Chau was invited to read the report at the plenary session of the 2010 World Mathematical Conference. held in India on August 19, 2010. At the opening ceremony, the professor was awarded the Fields Medal. When he heard that he was about to receive the Fields Prize, he enlisted a second citizenship in the hope that the award would also bring honor to French mathematicians.
In September 2010, he was a professor at the Department of Mathematics, University of Chicago. He said when accepting the award that "At some point, you do math because you like it, not to prove something" or because of the passion for wealth or fame. The Vietnamese government has given Ngo Bao Chau a service apartment worth 12 billion VND in Vincom building, Hanoi.
On September 4, 2010, the Emulation and Commendation Council Hanoi city selected Ngo Bao Chau to be added to the list. 1st Elite Citizen of the Capital, 2010.
On March 9, 2011, the Deputy Prime Minister and the Ministry of Education announced the Decision to establish the Institute for Advanced Study in Mathematics and the decision to appoint Mr. Ngo Bao Chau as the Scientific Director of the Institute.
In April 2011, French President Nicolas Sarkozy decided to award him the Order of the Legion of Honor from the French state and he officially went to France to receive this award on January 27, 2012 at the Élysée Palace. Ngo Bao Chau, along with five others, was awarded the title of professor by the University of Chicago with outstanding achievements.
In 2012 he was an honorary member (fellow) of the American Mathematical Society.
On May 1, 2013, Professor Ngo Bao Chau, together with teacher Pham Toan, and professor of mathematics Vu Ha Van, opened an educational website called Learning how to officially operate with the expectation of contributing to finding a way to solve the problems of education in Vietnam.

Ngo Bao Chau was born into a family of traditional intellectuals. He is the son of Doctor of Science in fluid mechanics Ngo Huy Can, currently working at the Vietnam Institute of Mechanics. His mother is Associate Professor, Doctor of Pharmacy Tran Luu Van Hien, working at the Central Hospital of Traditional Medicine, Vietnam. He is the cousin of Ngo Thuc Lanh, a math professor who wrote the first book of Algebra.
At the age of 22, after completing his master's degree in France, Ngo Bao Chau married Nguyen Bao Thanh, his girlfriend who majored in Mathematics at Trung Vuong Secondary School, Hanoi. By August 2010, the two had three daughters together: Ngo Thanh Hien (born in 1995), Ngo Thanh Nguyen (born in 2000) and Ngo Hien An (born in 2003). 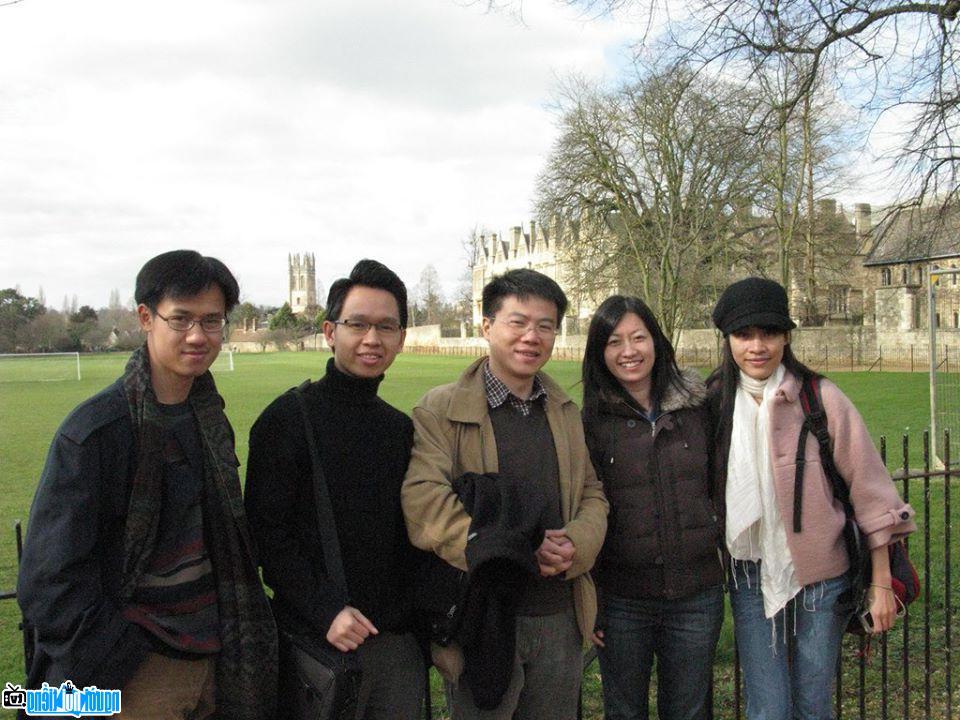