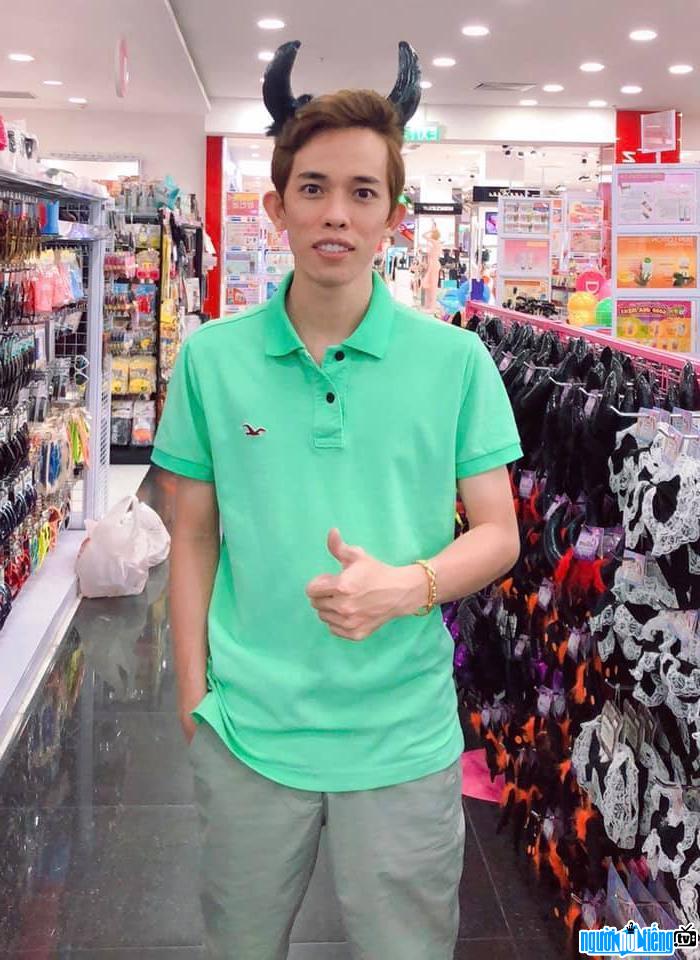 Who is Streamer Nam Blue?
Nam Blue, whose real name is Phan Thanh Nam, is a famous streamer of the Vietnamese gaming community, and a famous character on social networks. Previously, this guy had a nick name CauBeNguNgo. The content of the videos that Nam Blue makes is mainly about the two titles Pursuing and PUBG Mobile.
The name Nam Blue is too familiar to the Vietnamese gaming community. This guy born in 1990 is one of the top famous streamers in Vietnam. Starting from a famous streamer of the game Chasing, until now Nam Blue is considered PlayerUnknown's Battlegrounds of PUBG game. Nam's Youtube channel has 696 thousand subscribers, his Fanpage also has more than 1.3 million followers. With such huge numbers, it is not an exaggeration to say that Nam Blue is the number 1 streamer in Vietnam at the moment. In particular, Nam Blue is also the streamer holding the No. 1 position in the world in terms of the total number of stream viewers on the Facebook Gaming platform. One of Nam's livestreams has more than 10,000 followers at the same time, and at one point nearly 30,000 people.
In addition to being a streamer, Nam Blue also regularly comments on small eSports events held in Vietnam and internationally. Every time there are top matches, many people always look forward to Nam Blue's appearance. With an enthusiastic and humorous approach, Nam Blue has won the hearts of the Vietnamese gaming community. He is also the commentator of the biggest PUBG Mobile tournament in Vietnam called Fighting League 2018. This is a tournament for gamers of the PUBG Mobile gaming community organized by Gank Esports in collaboration with FEG. bonus up to 450 million dong.

According to Streamer Namblue, he and his wife officially registered their marriage on January 1, 2020. The male streamer's wife is Nguyen Ngoc Phuong Trang, born on April 9, 1990. She attended the University of Maryland-Baltimore County (UMBC) in Baltimore County, Maryland. Nguyen Ngoc Phuong Trang has a pretty face. According to the story, Nam blue and she have been in love through Yahoo since 9th grade even though she was at that time Lam Dong , far away Nghe An is Nam Blue's hometown. 2 people lost contact after Phuong Trang immigrated to the US, but suddenly in 2016 she found Nam Blue again. through searching information on google (then Nam Blue was a quite famous streamer in the online community.
On March 10, 2022, Nam Blue and her husband officially had their first child named Ariana Phan

When was Streamer Nam Blue born?
Nam Blue birthday 18-12-1990 (at the age of 32).
Where is Streamer Nam Blue's birth place, what is Zodiac/Chinese Zodiac?
Nam Blue was born in Nghe An, of Vietnam. Mr, whose Zodiac is Sagittarius, and who Chinese Zodiac is The Horse. Nam Blue's global rank is 70 and whose rank is 5 in list of famous Streamer. Population of Vietnam in 1990 is about 66,02 millions persons.
Celebrities born in:
/ Nam Blue is a leading Streamer of the Vietnamese gaming community Events in the world in the birth year of Nam Blue

Nam Blue infomation and profile updated by nguoinoitieng.tv.
Born in 1990