TV program "Having a Appointment at 22 o'clock" is like an interesting meeting between three gentlemen, the content of the program revolves around a hot topic that is being watched by the audience care about. Along with that, there will be a female guest - a mysterious character who silently watches and observes the conversation of the 3 gentlemen of the program. The show aired its first episode at 10 pm on Saturday, August 7, 2021 on channel HTV9 with the participation of director Le Hoang, actor Quang Tuan and actor Anh Duc. The three will together form a "gentle trio" who both lead the show and share their views on issues of social concern, giving the audience multi-dimensional perspectives on life.
Sharing about the program, director Le Hoang said: " There is a 22 o'clock appointment" is an interesting program because here the 'gentlemen' will have fierce arguments about social issues". However, the male director said that his 2 “collaborators” were very young, so they were sometimes quite shy when giving personal views and opinions. When director Le Hoang was asked if he would be afraid if the audience thought that the three men would go on television again to "talk" to each other? Without too much time to think, Le Hoang frankly replied: “I don't mind, I don't mind at all. If 3 men can sit and drink beer on the street, why can't they get together on television and discuss social issues? ” In addition, the male director also humorously said that his purpose when participating in the show was: “Only badmouthing each other, not women”. That statement immediately made Anh Duc and Quang Tuan laugh and then nod in agreement.
It is known that director Le Hoang is famous for being a person with an open, trendy and straight lifestyle. openly express his or her personal opinion even if it is seen as “eccentric” or opposed to the majority. Quang Tuan is also a familiar face to Vietnamese film-loving audiences by taking on impressive roles on the small screen. And thanks to that, he was able to "live" under many different circumstances and personalities, accumulating a lot of life experiences. Currently, the actor is also considered as a "national husband" because after work he spends all his time with his family. And actor Anh Duc is the only "young man" in this "gentle trio", so it promises to bring a new and humorous perspective of a young man. comedian. 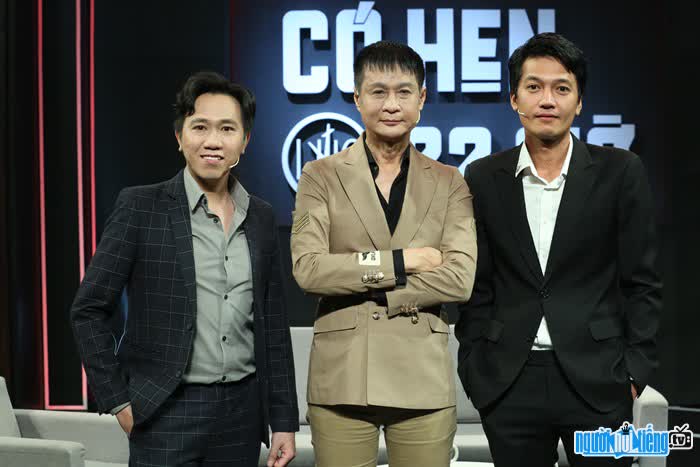