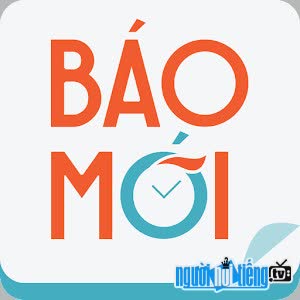 Newspaper is a Vietnamese information aggregator website that is fully automated by computer. According to the owner's introduction, every day, nearly 6,500 news articles from nearly 200 official sources of Vietnamese online newspapers and websites are automatically synthesized, classified, and detected by the New Newspaper. In turn, group related articles and display them according to the reading preferences of each reader. The sources of information that Newspaper aggregates come from famous newspapers such as Thanh Nien, Tuoi Tre, Labor, VOV, VTC and many other newspapers.
December 21, 2019, Google removed Newspaper from all search results. After 3 days, the search results were restored.
Baomoi website. com is ranked in the top 36 of the most visited websites in Vietnam by the similarweb site survey and evaluation. Average over 30 million visits per month. In which, women account for about 40% and men account for 60%, most are in the age group of 18-24.
New Newspaper Headquarters: 5th floor, Building of Vietnamese Student Newspaper Building. Nam, D29 Pham Van Bach, Yen Hoa, Cau Giay, Hanoi
History:
New Newspaper was born on September 15, 2005 on two addresses Baomoi. com and baomoi. vn, officially licensed by the Ministry of Culture and Information on December 15, 2006.
New Newspaper launched a new version on Baomoi. vn September 15, 2007 with an interface similar to Digg allowing users to rate news and create their own categories. Unified version of baomoi. com and baomoi. vn was launched on March 3, 2009.
In 2012, Newspaper was acquired by VNG corporation.
As of December 2019, Newspapers ranked first. 21st among the top websites in Vietnam according to Alexa.
Main functions:
1. Content classification: The system automatically analyzes the content of the news and categorizes it into the appropriate category.
2. Duplicate post detection: The system automatically detects duplicate posts and groups them back to the original content post.
3. Grouping related articles: The system automatically detects related (not copied) articles on the same topic.
4. Keyword extraction: The system automatically separates the keywords (keywords) of the article, helping readers easily find multidimensionally related information.
5. Smart Suggestions: Based on the analysis of readers' news reading habits, the system can automatically make suggestions about articles that readers are interested in.

The main traffic source of baomoi.com is directly accounting for over 70%

Events in the world in the birth year of Baomoi.Com