Who is Doctor Ly Van Luong?
Li Wenliang or Lǐ Wénliáng, is a Chinese ophthalmologist who used to work at Wuhan Central Hospital. On February 6, 2020, Chinese media reported that doctor Ly Van Luong had died from corona virus (nCoV) at the age of 34. However, on the evening of the same day, Wuhan Central Hospital posted on Weibo that Li Wenliang had not died but was in a critical situation. On February 7, 2020, Wuhan Central Hospital confirmed that Dr. Li had passed away.
Li Wenliang studied Medicine at Wuhan University for 7 years and had a Master's degree in Medicine. . After graduating, he worked in Xiamen - Fujian for 3 years before returning to Wuhan to work at Wuhan Central Hospital.
In late December 2019, Li Wenliang followed a Some patients were infected with a SARS-like virus that causes pneumonia, from which he raised a warning about this virus on the Webchat group of Wuhan alumni. After that, a photo of Dr. Li's warning chat was taken by many people and posted online and quickly went viral. On the night of December 30, 2019, Wuhan city health officials called Li to ask for a reason to share the information. On January 3, 2020, Wuhan police invited Li to work and forced him to sign a document with his cabinet "disseminating false information that seriously disturbs social order. China Supreme Court. Quoc on January 28 posted a comment on social media that criticized Wuhan authorities for reprimanding Li Wenliang and other doctors for spreading "rumors." Many people believe that if People listened to this "rumour" and took timely preventive measures, but the consequences were not as serious as now.
On February 6, after a number of newspapers reported on the death of the doctor. Li, many people have expressed their condolences and respects to this young doctor on social media.The news of Dr. Li's passing became the most popular topic on Weibo late at night. February 6/ Some Chinese online newspapers have described Dr. Li Wenliang as a "hero who is willing to tell the truth", while many netizens put up a picture of this doctor as a sign of honor. regret and respect. 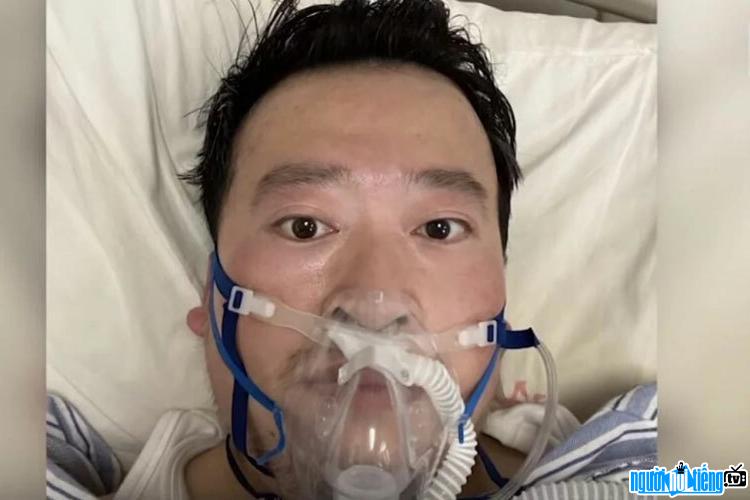 Picture of Doctor Ly Van Luong on a hospital bed