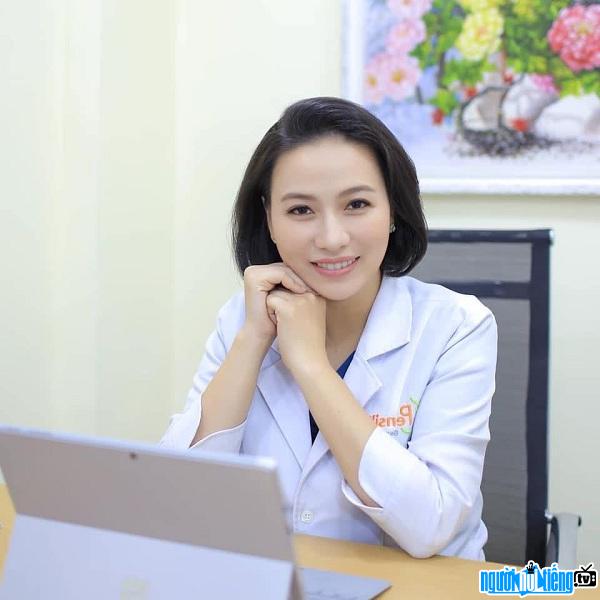 Who is Doctor Nguyen Phuong Thao?
Nguyen Phuong Thao - beautiful female doctor famous on social networks. Doctor Phuong Thao's Facebook page currently has more than 130,000 followers. She is loved because she is always ready to give free medical advice and treatment for children like her own. For more than 10 years working in cosmetic dermatology, Doctor Phuong Thao has given free online consultations to many women across the country. Currently, Dr. Phuong Thao is the professional director of the Pensilia Institute of Medical Aesthetics.
Both doctor Phuong Thao's father and mother work in the internal medicine department, but she chose dermatology as a charm. . In essence, she is a person who loves beauty, likes to be beautiful and likes to see other people beautiful. In the 5th year of university, she practiced at the department of dermatology and realized that this is a very good department with many diseases that are difficult to treat if not detected early. Besides, dermatology has an array of skin aesthetics, which can beautify herself and many women... Since then, she decided that dermatology will be a specialty to stick with and study intensively. After graduating from the University of Medicine and Pharmacy in Ho Chi Minh City, Doctor Phuong Thao started working for many dermatology clinics. After many years of accumulation, she opened her own beauty salon and fixed cosmetic accidents for many patients.
Influential on social networks, Doctor Phuong Thao always appears with a bright smile and flawless skin. The sweet voice is also the attraction of the beautiful female doctor.

Doctor Phuong Thao was born and raised in a family where both parents are doctors. But her parents never forced her to grow up later, but the medical profession came to her like a charm. When she was in 5th grade, her grandfather died suddenly of heart disease. She always struggled with the questions: "Why can't his disease be detected early? If treated early, what will be the results?". Since then, she started to raise her dream of becoming a doctor.
Currently, Doctor Phuong Thao has a small family of her own. Always appearing with a radiant appearance, few people know that she is the mother of three lovely babies.