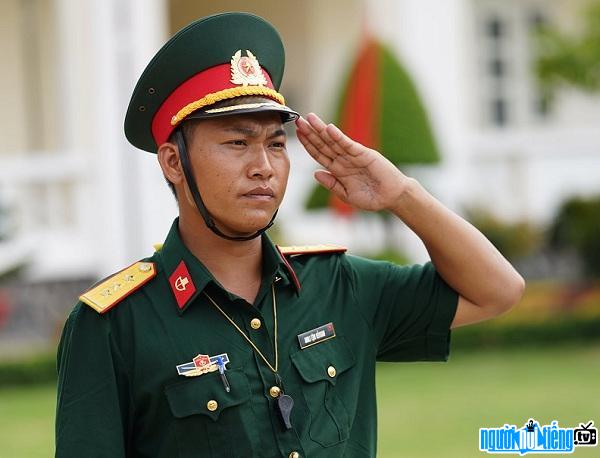 Who is Military Nguyen Viet Long?
Nguyen Viet Long - the hottest soldier on social networks when appearing in the program "Stars to join the army 2020". Senior Lieutenant Nguyen Viet Long - The head of the Commando Cape is the one who directly manages and is responsible for training the girls. At work, nose chief Long is a strict person, but in life he is a cheerful and friendly person. Compared to the commanders who appeared in "Stars to enlist" in previous seasons, Captain Long has the advantage of being younger and more dynamic. He has a strong, masculine, handsome and cool look.
Appeared with famous guests such as: Miss United States Duyen, actress Nam Thu, singer Duong Hoang Yen, Youtuber Hau Hoang , actor Dieu Nhi, Do Khanh Van; Long nose still has its own charm. Many people think that Captain Long is really the shining star in "Stars to enlist". Before the broadcast, not many people knew the head of the nose Long, but after only 3 episodes, the Facebook of the head of the nose Long had more than 65,000 followers, posting pictures of fog and fog also attracted more than 80,000 likes. These numbers are more convincing proof of the hotness of Captain Long.
The first impression of Captain Long is his resolute expression and strictness when performing tasks. He makes female rookies extremely scared every time he makes a mistake. Because of the seriousness of practice, the audience was surprised to see the head smile during the breaks. It can be said that Long nose when serious and when smiling are like two different people. Seeing Long's nose smile, the audience forgot all the cold images before. The bright smile of Chief Long made everything melt, the space brightened up.
Captain Long is very active in interacting with the sisters in the program "Stars to enlist in 2020". Whenever she is teased by her sisters on social networks, Long nose often has extreme responses. Typically, when singer Duong Hoang Yen tags the nose chief with the comment "Hack of real age". Immediately, Captain Long replied: "Don't hack so that the sisters can bully you"... Through these interesting interactions, the audience finds that the captain is an extremely funny person. humor. Cold outside with military uniforms, but funny and warm inside, Long nose is indeed a "marshal mandarin" in the hearts of women.

On March 17, 2021, nose chief Nguyen Viet Long attracted attention with a public post that had been divorced and had a 4-year-old son. He got married early but often worked away from home, the couple had many conflicts leading to divorce.

Who is Girl friend/ wife/ darling Military Nguyen Viet Long?
Captain Long was actively pushed by the fan "Star enlisted" with Youtuber Hau Hoang. It all started with the incident that Hau Hoang mistakenly counted Long's nose into the number of sisters in the room. This is the first time the audience has seen Captain Long smile. Hau Hoang once liked to comment on the program's Fanpage: "I made that rock smile". Since then, the audience discovered that Captain Long was quite fond of comrade Hau. When comrade Captain Long posted a photo of "dear love" taken with Hau Hoang, the online community was extremely excited. The photo received more than 24,000 likes after only 2 hours of posting. However, the Empress quickly explained: "I'm afraid of Comrade Nose, don't tie me to the boat". 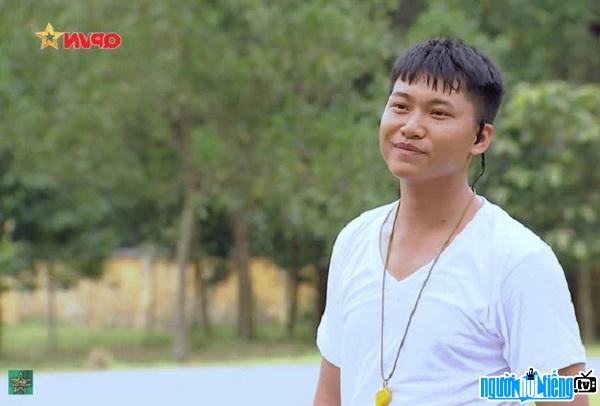 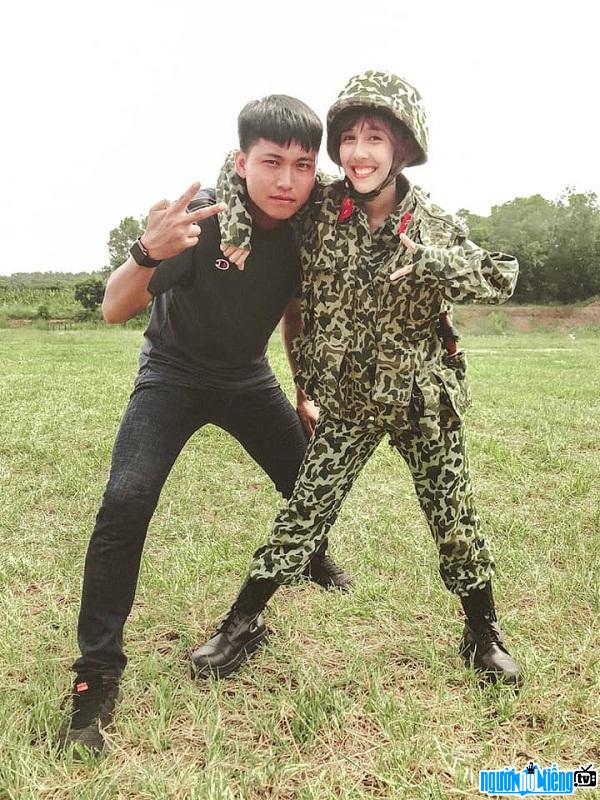