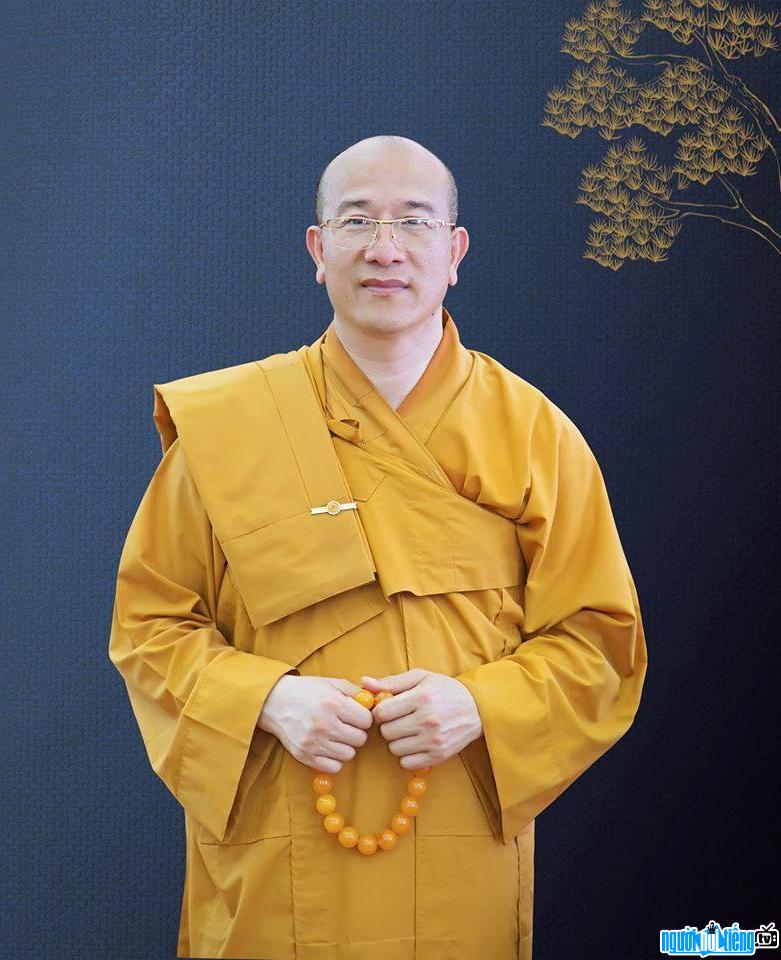 Who is Monks Thich Truc Thai Minh?
Teacher Thich Truc Thai Minh whose name is Vu Minh Hieu, a teacher born in Sen village, Ngoc Quan village, Lam Thao commune, Luong Tai district, Bac Ninh province. And now, he is the abbot at Ba Vang Pagoda - a temple located halfway up Thanh Dang mountain, in Quang Trung Ward, Uong Bi City, Quang Ninh province.
Master Thich Truc Thai Minh was born in 1 year. The family has 7 siblings and Thay is the 5th child in the family. With the spirit of curiosity and love of books, Master Thich Truc Thai Minh passed the entrance exam to National Economics University. During his studies, he was always an excellent student. After graduating, he stayed at the school and became an enthusiastic lecturer in teaching and devoted to students.
After more than 5 years of working at the school, he moved to work at the Institute of Industrial Machines and Instruments - IMI under the Ministry of Industry.
Thought that his life was just as quiet as it was. However, after the death of his cousin, he had many unexplainable questions. And he began to learn more deeply about Buddhism, this will be the path that he takes in the future.
June 19, 1998 - the day of the Bodhisattva Avalokitesvara, he and five companions. The monk held the ceremony of Phat Bodhi Tam at Truc Lam Zen Monastery in Da Lat, in front of the testimony of the Most Venerable Master and the Monks.
A little while later, seeing that the predestined predestined for ordination was ripe, the Master decided to make a decision. entered the Zen sect at the Buddha's door under the tutelage of the Most Venerable Thich Thanh Tu.
Through the process of cultivation until 2002, the Master sent him to the North to contribute to the construction of Truc Lam Yen Tu Zen Monastery.
In 2007, from the request of the Buddhist people and the approval of the government, Thay has accepted the responsibility of Abbot of Ba Vang Pagoda ever since.
During the process of being abbot, Thay has been the abbot of Ba Vang Pagoda ever since. Thich Truc Thai Minh and his disciples, tourists, and Buddhists from all over the world contributed efforts to restore Ba Vang for the fourth time with a socialized capital of nearly 500 billion VND.
However, until March 3/ In 2019, Ba Vang Pagoda was inspected by leaders of Uong Bi city and provincial departments Quang Ninh after a series of investigations. Posted in Lao Dong newspaper, this temple organizes to spread the word "revenge of death" and "retirement" to earn hundreds of billions of dong per year. The direct propagandist is Mrs. Pham Thi Yen but the incident took place at Ba Vang Pagoda by Master Thich Truc Thai Minh abbot should be responsible. Monk Thich Truc Thai Minh himself also admits that the propaganda of vengeance and death is real.
On March 26, 2019, at Quan Su Pagoda - Hanoi, the Central Committee of the Vietnam Buddhist Sangha has made progress. He held a closed meeting and issued a decision to suspend all positions in the church for Venerable Thich Truc Thai Minh and at the same time Venerable Thich Truc Thai Minh had to repent to the great monk. The Executive Council of the Vietnam Buddhist Sangha assigned this task to Venerable Thich Thanh Quyet (Vice Chairman of the Executive Council of the Vietnam Buddhist Sangha, Head of the Central Committee for Buddhist Education, Head of the Executive Board of the Buddhist Sangha. Quang Ninh Province) as a precept teacher for Venerable Thich Truc Thai Minh according to Buddhist law! 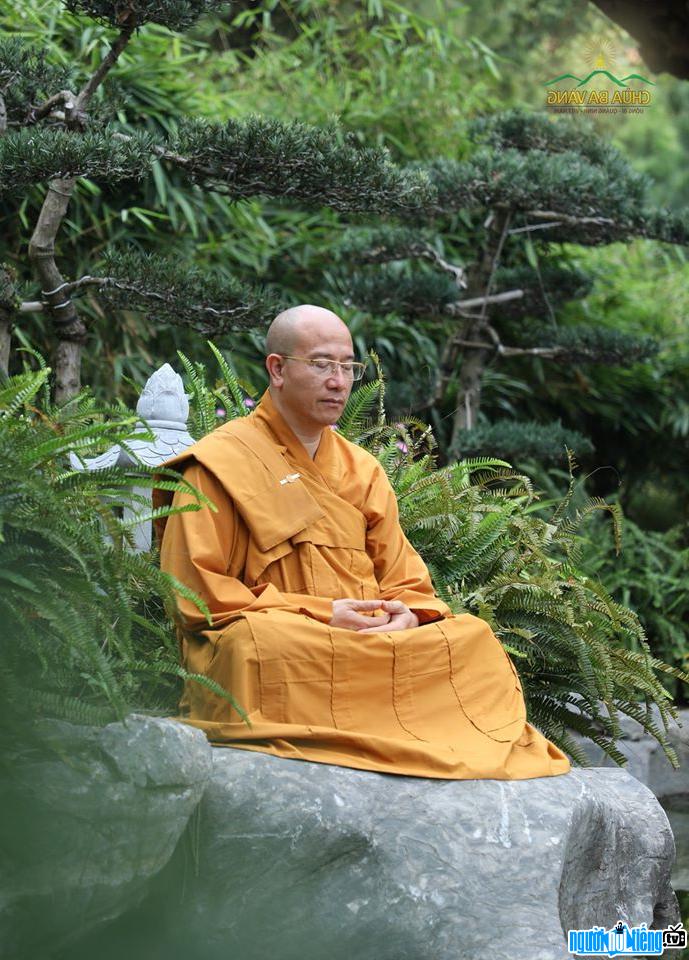 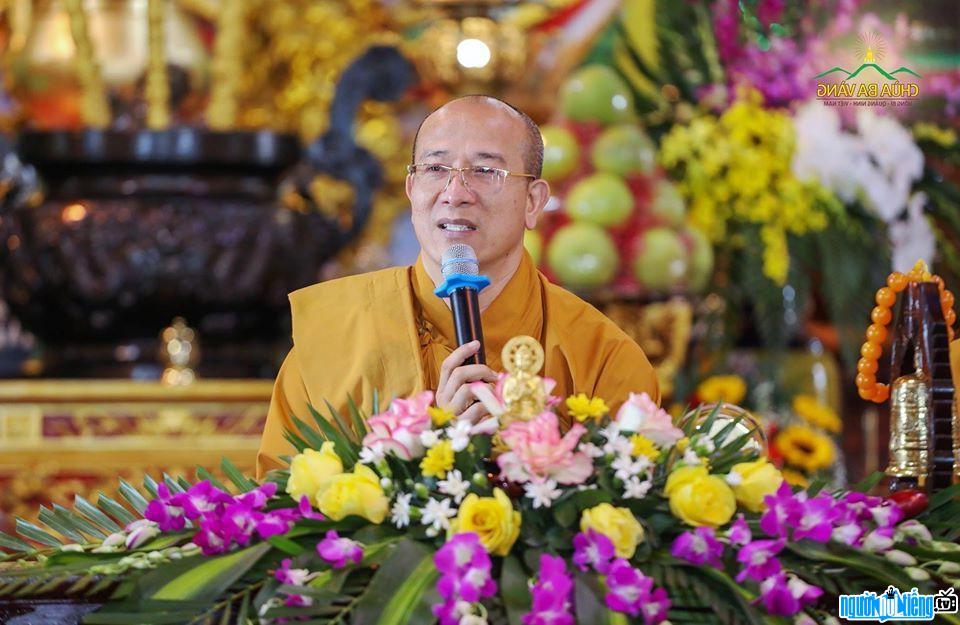 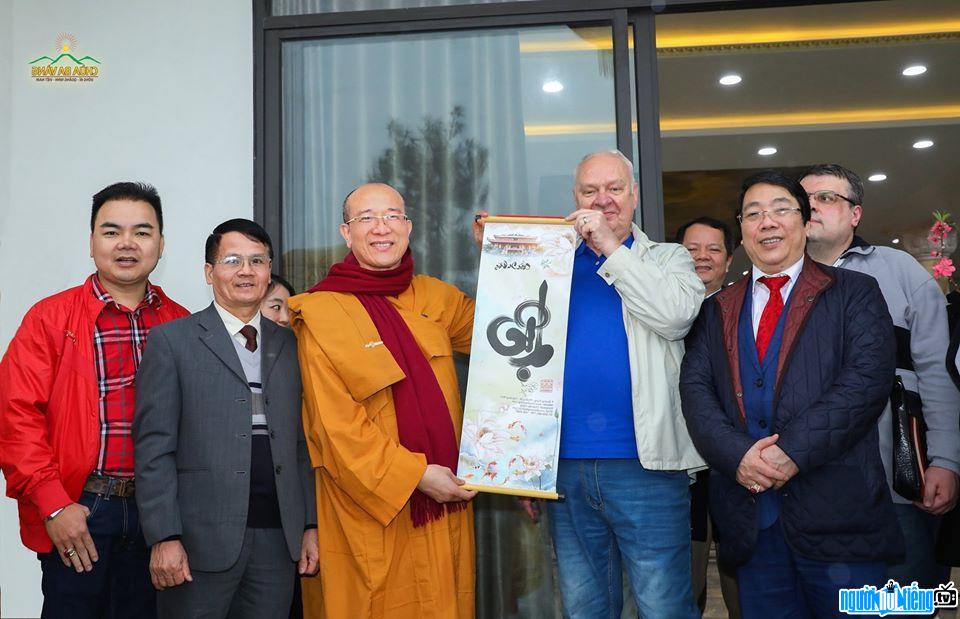