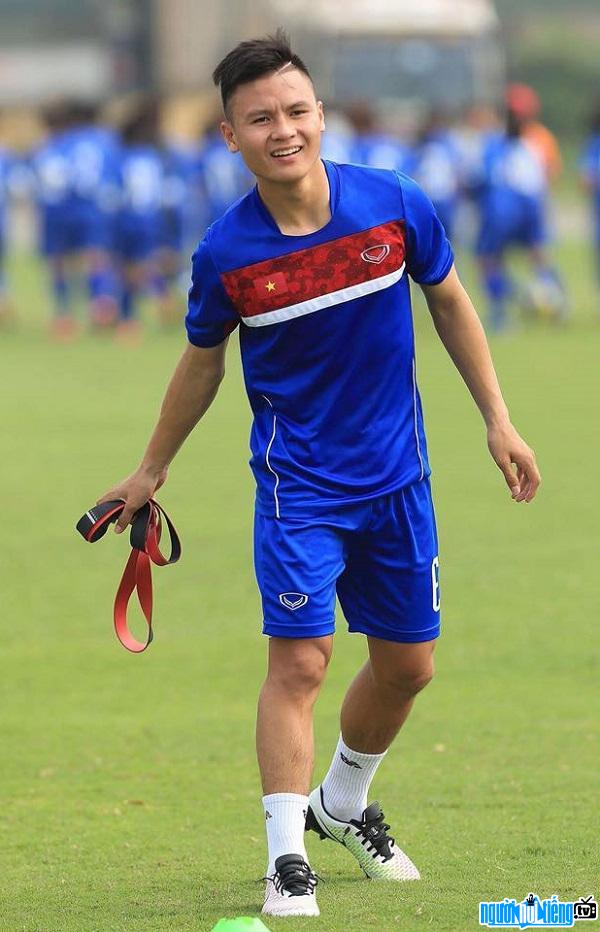 Who is Player Nguyen Quang Hai?
Nguyen Quang Hai is the hero in the hearts of millions of Vietnamese football fans. Quang Hai scored 5 goals at the 2017 AFC U23 Championship final, helping Vietnam win the runner-up position. Quang Hai is one of the five names selected by Fox Sports in the list of the best players in Asia U23 2017. Quang Hai is small, only 1m66 tall, but has a great talent and a heart. have a cold.
Quang Hai was voted in the list of 500 most important players by World Soccer magazine in 2018.
Quang Hai grew up from Hanoi T&T football club training academy Currently, this player is playing for Hanoi T&T in the midfield position. He is considered one of the best young players in Vietnamese football at the moment.
Quang Hai's performance:
With the national U19 football team:
With the national U23 football team:
With Hanoi T&T Club:
With Hanoi Club:
Personal achievements:

NEW NEWS:
In the early morning of June 22, 2020, Quang Hai was hacked by a hacker on his personal facebook account and Post private messages about his private life. This person even tagged Quang Hai's current girlfriend as Huynh Anh with a message advising her to share If you don't want to "grow horns".
After just over 30 minutes, Quang Hai asked an acquaintance and got his account back. And he has worked with the competent authorities to resolve this incident.
It is because of that incident that the online community is divided into 2 streams of opinion, one side continues to support him, but the other side continues to support him. party has felt completely "collapsed" his idol. And they thought that he was too promiscuous when "blanket" from one hotgirl to another.

In 2007, Nguyen Quang Hai was discovered and selected by Mr. Vu Minh Hoang - Coach of Hanoi Youth Academy. Realizing Quang Hai's special qualities, loving the plight of his poor studious student, teacher Vu Minh Hoang not only taught but also adopted Quang Hai as his own son, caring and worried about him like his own son.

Quang Hai is the youngest son in a poor farmer family. In the past, Quang Hai's family was very poor, the economy was difficult, parents never thought about letting their child be a football player. 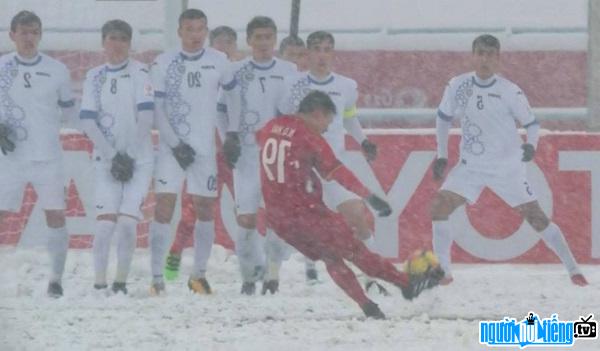 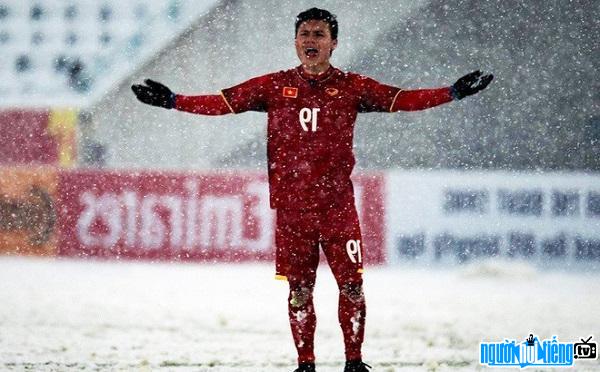