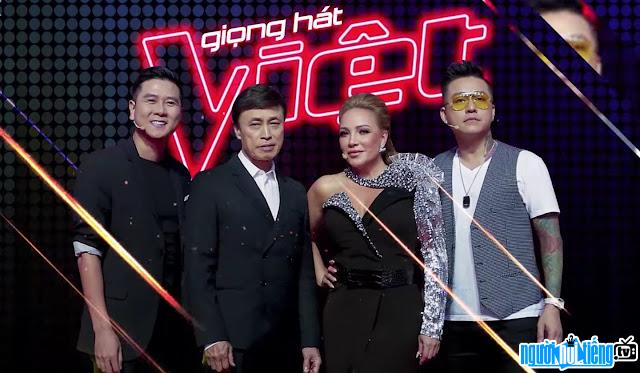 
Vietnamese voice season 6 is a similar music competition reality, aired on April 14, 2019 on VTV3 channel of the Television Station Vietnam.

The Voice of Vietnam season 6 is produced under Template based on the franchise from the TV show The Voice of Holland, was first created and developed by John de Mol in 2010 and similar to the American version of The Voice.

In this season, the judges will lead a group of 10 people (except for the team Coach Ho Hoai Anh does not limit the number of contestants but must comply with according to certain rules), and went through 4 rounds of competition: Hide, Confront, Measure games and Live Performances to find the show's winner.

In this round, the coaches will conduct the search 10 people for his team. The coaches have to turn their backs on the contestants so you won't be able to see any information about the contestant except for the vocals. When If the coach wants to select that contestant to join the team, he will press the "I choose you" button. while the contestant is performing. If only one coach comes back The contestant will join that team. Where there are multiple trainers choosing the same contestant, he or she has the right to choose his or her own coach. And all However, the coach can do whatever it takes to "draw" the contestants to the team mine. Any team that has already recruited enough will stop recruiting. The hidden round ends when all The coaches are full. This exam season will still have a Block button, which has the function ability to prevent another coach from winning a contestant when the judge rotates selected seats (except for coach Ho Hoai Anh). Exam season 6 has a new exam rule, coach Ho Hoai Anh is the only coach who will not rotate the chair whether he chooses a contestant or not. Especially, You can choose contestants even after they've left the stage. However, only when three coaches If the rest do not press the select button, then Ho Hoai Anh will have the right to choose that candidate. Besides Block button (block), Vietnamese Voice 2019 also adds completely new powers Switch name. Thanks to that, the coaches can turn the situation around at the last minute together to get the best squad. When you have selected all 10 members, but the coach If you like another contestant then, the coach can press the Switch button to swap 1 in 10 existing factors with new faces. So that means the candidates have been previous selection may also be disqualified at any time.

10 contestants of each team will be divided into 5 pairs duet, and at the same time choose a song for each pair. These two contestants will be trained that coach's professional advisor and coach guide to best performance.

The remaining three coaches enter the fray New: save contestant. If they like the eliminated contestant, they have the right to press the button. The rules of the game will be the same as the Hidden round. If there's only one trainer to save, wear it However, that contestant belongs to this coach and enters the Round of Dumps. School In case a contestant has many coaches who want to save, the decision belongs to Candidates. Each coach will only have 1 right to save 1 contestant.

Also, there is a new rule in the season 6 confrontation round, it is "Last choice": The contestant who has been eliminated can be put on the coach by the coach your team's chair. But the coach can put the new contestant in the waiting seat instead to the candidate sitting in front. After the team's 5 pairs of matches have been completed, The last student sitting in the waiting room will have the opportunity to continue with the 5 winners won in previous matches. The rest of the trainers can still rob The contestant has just been put in the waiting chair by the host coach by pressing the "Robbery" button. The law This game does not apply to Ho Hoai Anh team. After the Head-to-head round, each team will have 7 The contestant (group of contestants) moves on to the Round of Quiz.

Only coach Ho Hoai Anh has a privilege that he will get self-determine the form of competition as well as the way of the team's elimination without regard to The rules of the competition are similar to the other 3 teams.

Basically the Gameplay round of season 6 is the same as the game rules season 5. Here, contestants from each team will compete against other team's contestants to win get a place to continue, not against your own team anymore. The matchmaking in will be in the form of a lottery. Each coach has 2 times the right to make a challenge and each time challenge with a different coach. The coach who gave the challenge was chosen to study the game stepped onto the stage of Doan. Contestants choose opponents from the team that accepts the challenge Match by random draw. However, the difference of season 6 is the results will depend entirely on the votes of the studio audience through the total radio. Therefore, the number of contestants entering the Liveshow round of the teams will be different depending on the number of times that team wins or loses in matches. Ho Hoai Anh's team will compete separately through the MVs that have been made by the contestants since then Head-to-head round to eliminate and select 3 contestants with the best MV and 2 contestants passed the Head-to-head round to get into the Round of Debate. The contestants of the Ho Hoai Anh team will compete against each other. When the exam is over, Coach Ho Hoai Anh will choose 3 contestants who can sing well Best out of 5 contestants to go to the Liveshow round. In addition, the eliminated contestants of The remaining 3 teams will have the opportunity to continue if they receive the only "save" right The best of coach Ho Hoai Anh (the remaining 3 coaches do not have the right to "save" in the game). this round).

From the knockout round, the eliminated contestants of each team have the opportunity to return to compete in the Liveshow round if the highest vote is received on the website Saostar. VN. However, there is only 1 contestant of the whole four teams have a chance to get a "Lucky Ticket" to return to the competition.

The liveshow round is where Contestants can show off their stage skills and show off their vocals. The Contestants will sing solo on stage. Whether a candidate can continue or not will based on the votes of the audience through the 1050 switchboard and online newspapers

The four coaches of the Voice of Vietnam program season 6 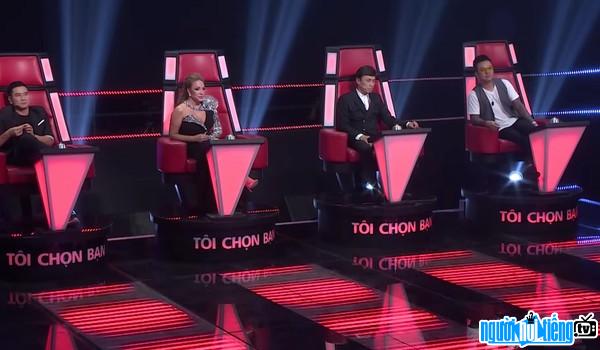 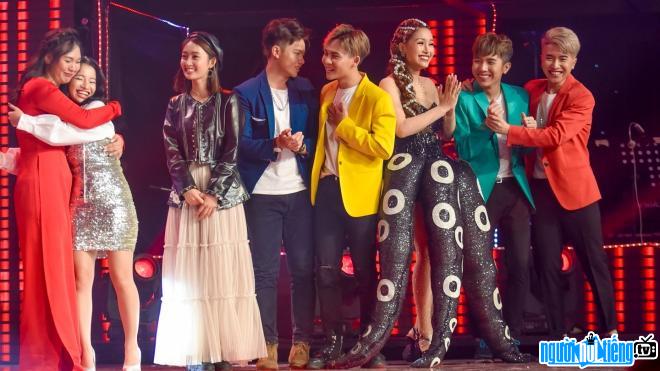