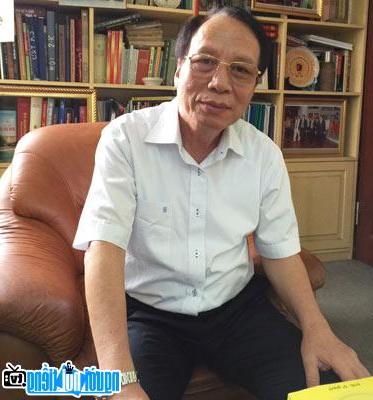 Who is Artist Le Tien Tho?
Le Tien Tho is one of the most talented artists of Tuong stage. He was conferred the noble title of People's Artist by the State. He used to hold the following positions: Director of Tuong Theater (1996), he was the Deputy Director, then Director of the Department of Performing Arts (2003), he held the position of Deputy Minister of Culture and Information (later the Ministry of Culture and Sports). - Sports & Tourism).
Not only graduated from the actor training school of the Central Tuong Theater, but Tien Tho was also fortunate to have famous Tuong teachers of Lien Khu 5 such as Nguyen Nho Tuy, Sau Lai, Ngo Thi Lieu, Dinh Qua… wholeheartedly instructed. That is why Tien Tho has understood and mastered both Northern and Central Tuong lines.
Tien Tho especially excels in dual roles in traditional plays such as: Trieu Dinh Long, Kim Lan, Dao Phi Phung, Ly Phung Dinh, To Vu, Trieu Khuong Lead , Tu Tu,… or characters from historical Tuong plays such as: De Tham; Le Loi; Mr. Bang Tran; Trong Thuy; Exit Hoan... and also characters from world famous plays such as Otenlo, Regent Bang… He is also the first tuong actor to successfully embody the image Ho Chi Minh on stage.
For modern Tuong, Le Tien Tho impresses with characters such as: Anh Le (Mother's Love), Dinh Cong (Suoi Dat Hoa), Din Number (Black Sunset), Uncle Ho (There is no other way).
In the National Theater Festivals from 1980-1995, Tien Tho was a successful artist and won many medals, namely 5 gold medals.
At the age of 30, Tien Tho became the recipient of the title of elite artist, he was the youngest among the stage artists to be conferred this title by the State. In 1993, NSUT Tien Tho was honored to be awarded the title of People's Artist, then he was 39 years old.
Not only was he successful with plays on the crocodile field, he also composed many plays. The play "Black sunset" by author Tran Phung, adapted and played by Mr. Tien Tho. The play participated in the 1985 National Professional Theater Festival in Thanh Hoa and won a silver medal
People's Artist Tien Tho with the author Xuan Yen adapting the play “ Tran Hung Dao” to participate in the National Professional Theater Festival in 1985. This play also won a silver medal.
In 2009, People's Artist Tien Tho composed the play "Vietnamese soul" for Tan Dao Tuong Theater in Binh Dinh. The play was awarded a Gold medal at the National Professional Theater Festival. He also composed a number of plays such as "The case of Le Chi Vien"; “Showing the Queen”; “Casting the bell”; “Taras-Bunba and the Fish Turned to Dragon”…
People's Artist Le Tien Tho is also known as a director. He is the director of plays such as:
Achievements of People's Artist Le Tien Tho

He graduated from the actor training class of the Central Tuong Theater, after 5 years of training (1964 - 1969) he worked at the North Central Tuong Union when he was 18 years old.

Summary of Le Tien Tho profile

Portrait of Artist Le Tien Tho Note about Artist Le Tien Tho

Le Tien Tho infomation and profile updated by nguoinoitieng.tv.
Born in 1954