Who is Chef leader Gordon Ramsay?
Gordon Ramsay full name is Gordon James Ramsay, he is known as a famous chef of Scotland and is known as the king of chefs. Besides, he is also the owner of a 14-star restaurant chain that is now estimated to have a fortune of up to 40 million pounds. In addition, he is also a TV star on ITV through TV shows about cooking and culinary competitions such as Hell's Kitchen, The F Word, Ramsay's Best Restaurant, Ramsay's Kitchen Nightmares, Hell's Kitchen (USA), Kitchen Nightmares, and MasterChef.
With his success as a chef and his great contribution to the culinary industry in 2006, he was knighted by the British Royal Family OBE. At the same time, he was also considered the most influential person in the UK's culinary industry in 2009 and was voted the most powerful restaurant and hotel owner by Caterer and Hotelkeeper magazine
List The restaurants Gordon Ramsay owns:

Gordon Ramsay grew up in Stratford-upon-Avon, Warwickshire, England; From an early age he experienced itinerant life as his family had to constantly relocate. At the age of 16, he led an independent life leaving home to live in an apartment in Banbury. After suffering a knee injury and unable to continue being a footballer, he gradually became interested in cooking. At the age of 19, he enrolled at the Rotarian-funded North Oxfordshire Technical School to study hotel management. In the early 1980s, he worked as head chef at the Wroxton House Hotel, then ran the 60-seat kitchen and dining room at Wickham Arms. Some time later he moved to London and worked for various restaurants until, when he worked at Harveys for two years and ten months, he started learning to cook French food and found a job. working at Le Gavroche in Mayfair then Hotel Diva
Returning to London in 1993, he worked as head chef at Rossmore; In 1998, Ramsay opened his own restaurant in Chelsea - Gordon Ramsay restaurant with the help of his father-in-law. Continuing with his successes, he has since quickly opened various stores of his own.

Gordon Ramsay was born into a family of 4 children in which he is the second child in the family; He has an older sister named Diane and a younger brother Ronnie along with younger sister Yvonne. Gordon's father was a pool manager, welder, salesman... he passed away in 1997 and his mother, Helen Cosgrove Yvonne was a nurse.
Gordon Ramsay married with his wife Cayetana Elizabeth Hutcheson aka Tana Ramsay in 1996, she was a teacher at Montessori. Up to now, the two have four children together, namely Megan Jane born in 1998, twins Jack Scott and Holly Anna born in 2000, and Matilda Elizabeth born in 2002.
Currently, his father-in-law Chris Hutcheson is who is responsible for the business activities of his restaurant chain.

Who is Girl friend/ wife/ darling Chef leader Gordon Ramsay?
He and chef Jamie Oliver co-starred in the TV series The Big Fish. 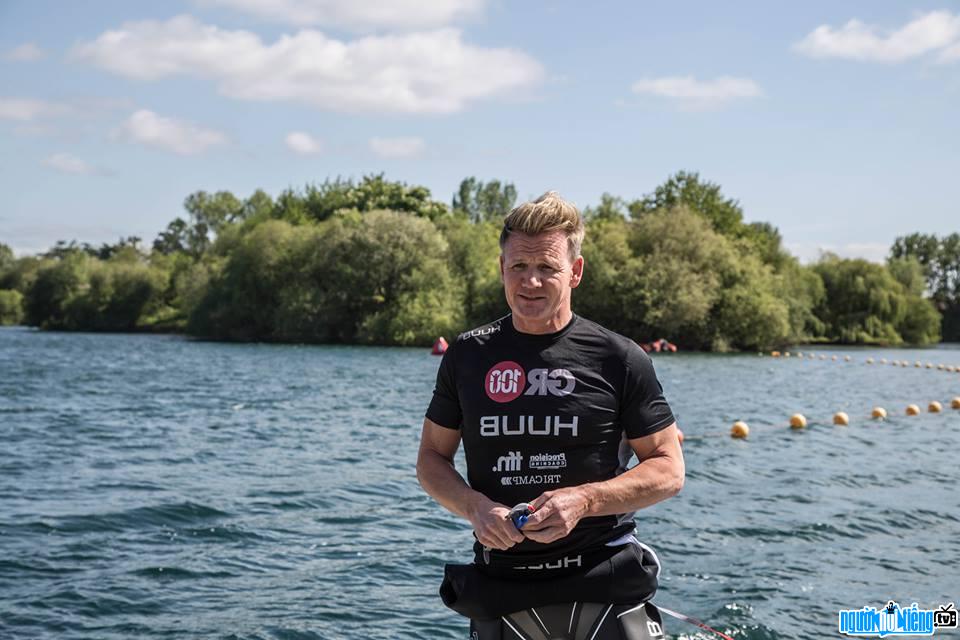 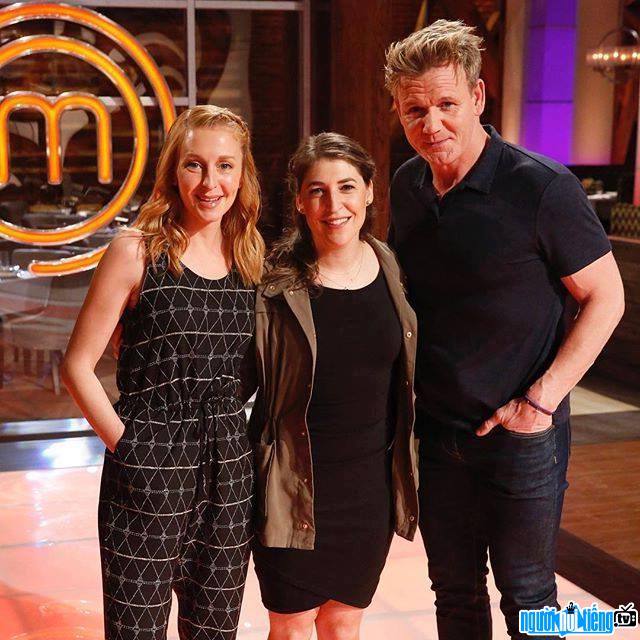 Chef Gordon Ramsay with colleagues at the studio 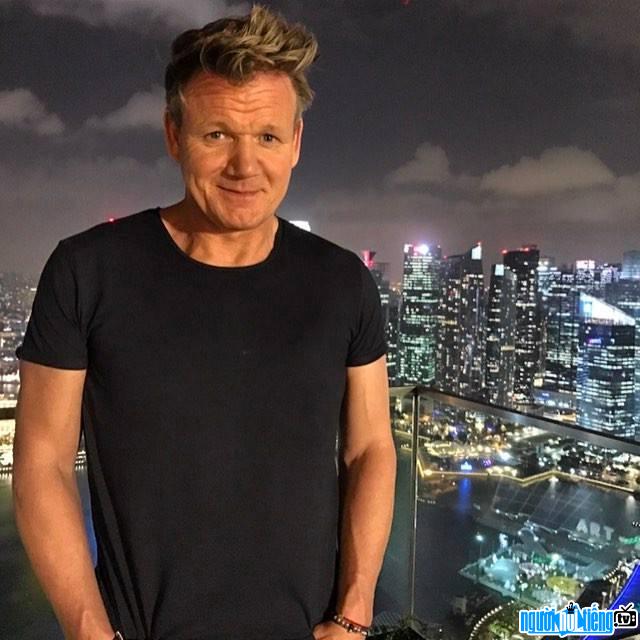 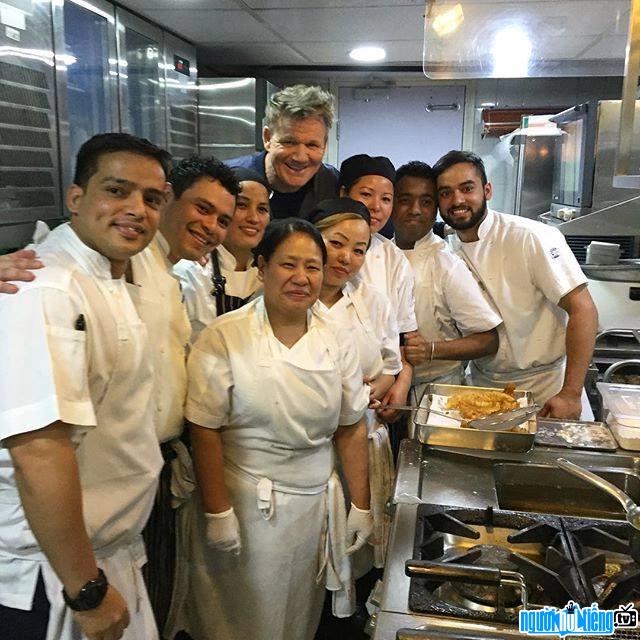 Gordon Ramsay infomation and profile updated by nguoinoitieng.tv.
Born in 1966