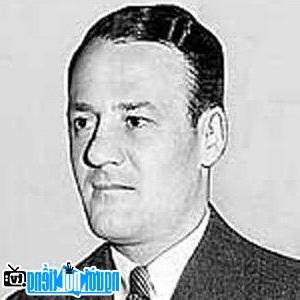 Who is Law officer Clyde Tolson?
FBI Deputy Director served from 1930 to 1972. He is best remembered for his close association with J. Edgar Hoover.
He was involved in a gunfight in 1942 with prominent New York gangster Harry Brunette.

He received his law degree from George Washington University in 1927.

He was born in Grundy County, Missouri and attended business school in Cedar Rapids, Iowa before working as an assistant to three secretary of war.

Who is Boy (girl) friend/ wife (husband)/ darling Law officer Clyde Tolson?
He is the protégé of FBI Director J. Edgar Hoover. He inherited the entire Hoover estate, and the two men may have had a romantic relationship.

Events in US in the birth year of Clyde Tolson

Clyde Tolson infomation and profile updated by nguoinoitieng.tv.
Born in 1900