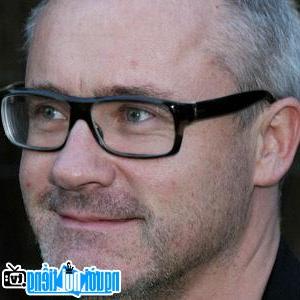 Who is Painter Damien Hirst?
Unique artist and the most important member of the British Young Artists. Known for his death-themed works such as "The Physical Possibility of Death in the Mind of the Living", which is part of a series of works of art in which he preserved the whole and dissected animals in formaldehyde.
He created a British Union flag that was displayed at the closing ceremony of the London 2012 Summer Olympics.

He studied Fine Arts at Goldsmiths College in London. He sold his complete 2008 show, "Beautiful Inside My Head Forever" at Sotheby's for $198 million, a record.

He was born into an engine mechanic who abandoned the family when Damien was 12. His mother, Mary Brennan, struggled to fully raise him as a single mother while working with the Office. Citizens Advice. He married Maia Norman in 1992, and he and Maia have three sons named Connor, Cyrus and Cassius.

Who is Boy (girl) friend/ wife (husband)/ darling Painter Damien Hirst?
His work has been compared to that of Donald Judd.

Events in the world in the birth year of Damien Hirst

Damien Hirst infomation and profile updated by nguoinoitieng.tv.
Born in 1965