Who is Vietnamese historical celebrity Luong The Vinh?
Luong The Vinh came from an educated peasant family. As a child, he was known as a child prodigy, smart, quick. Growing up, he studied better, learned in a methodical way, combining study with labor and entertainment. Less than 20 years old, he was famous throughout the region for his erudite education. At the age of 23, in 1464, he passed the poinsettia department of the Quy Mui department.
In his life of 32 years as a mandarin, he was at the Lam Han Institute, promoted to the position of Thi Thu, the head of the Academy of Sciences, the head of the institute. academia.
Luong The Vinh has good diplomatic talent, so he was trusted and loved by the king, assigned the responsibility of drafting diplomatic correspondence and welcoming foreign emissaries.
Luong The Vinh is a coffin man. good, fluent in literature, good at music, well versed in math. He is also known for his love of the people and his straightforward and honest character. Even when sitting next to the king, he always spoke sarcastically, humorously, not being formal. He often used his job as a deterrent to teach from the king to the mandarin.
Luong The Vinh left behind the following works:
On mathematics:

About the history of cheo singing:

Summary of Luong The Vinh profile

Portrait of Luong The Vinh 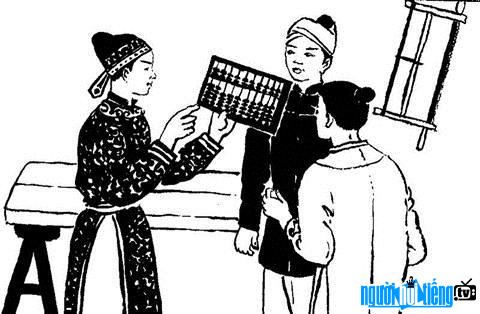 Sketch of Luong The Vinh in the district

Birthday Luong The Vinh (1-8) in history

Luong The Vinh infomation and profile updated by nguoinoitieng.tv.
Born in 1441