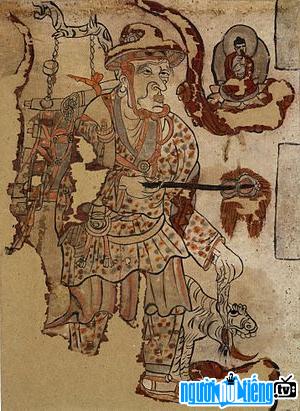 Who is Monks Duong Tang?
Tang Tang, also known as Tang San Tang, is a character in the work Journey to the West by author Ngo Thua An, adapted from a real character named Tran Huyen Trang. Journey to the West is a novel about the journey to ask for sutras of Tang Sang and his four disciples Sun Wukong, Tru Bat Gioi, Sa Tang and Bach Long Ma.
Tang Huyen Trang's past life was Kim Thien Tu, a disciple of Buddha Tathagata, because he fell asleep in the middle of the night. While listening to a sutra lecture and unintentionally kicked a grain of rice, he was sentenced to exile in the world to practice for 10 lives, after 81 tribulations, he was allowed to return to Linh Son. In the first 9 lives, Kim Thien Tu all went to get sutras but were all eaten by Quyen Liem (Sa Sang) in the Luu Sa River. Every time he ate Kim Thien Tu's meat, Quyen Liem picked up the skull and strung it on a necklace.
During the reign of King Duong Thai Tong, there was a man. Tran Quang Nhuy passed the poinsettia exam and was chosen by Mrs. An On Kieu and later became the son-in-law of Prime Minister An. An On Kieu was pregnant with Tran Huyen Trang. Later, Tran Quang Nhuy had to take office away from home. He and his mother and wife set out to take office. On the way, Quang Nhuy's mother got sick, so she had to stay at the inn. Tran Quang Nhuy goes first to accept the position and will come back to pick him up. However, on the way to the river, Quang Nhuy was killed by a bandit named Luu Hong, then dumped his body in the river, then won the official position and robbed his wife. Quang Nhuy used to be grateful to Long Vuong, so the body was well preserved and did not rot. After giving birth to Tran Huyen Trang, Mrs. An On Kieu, fearing that Luu Hong would harm her child, bit her leg as a sign and then floated it in the river with a letter. Tran Huyen Trang was brought to Kim Son pagoda by the current, saved, raised and taught by the monk here. At the age of 18, he was told about his past by the monk Kim Son temple. After learning about his past, Tran Huyen Trang returned to his old country and found his grandmother. He took his grandmother to treat her illness and found her mother, and asked her grandfather to save her. When everything was done, his father was revived, the whole family was reunited. Although his family was reunited, he still decided to continue to be a monk. His mother then took the drug to commit suicide, tragedy after tragedy. Up to this point, Tran Huyen Trang has experienced 4 tribulations.
After King Duong Thai Tong Ly The Dan came up from the underworld, he invited Huyen Trang. about scripture teaching. The Bodhisatta transformed into an ordinary person and gave Xuanzang a robe and a staff, saying that Linh Son, 108,000 miles from Dong Tho, has three canons, namely the Mahayana Chan Sutra. With this sutra, it is possible to touch sentient beings. Tran Huyen Trang was determined to go to the sutras. Emperor Taizong encouraged him to go and named him Tripitaka, so he was named Tang San Tang. The two are sworn brothers. Emperor Tang also gave him a golden bowl and a white horse and sent two monks to accompany him. Unfortunately, just out of the capital, the two monks were killed by demons, Tang Tang was saved by Thai Bach Kim Tinh, so he survived. Before he met his disciple Ton Ngo Khong, he was helped by a hunter named Luu Ba Kham. From here, he continued his journey to get sutras, going through 81 tribulations with his four disciples. In the end, he and his disciples also obtained the true scriptures and attained the righteous results. He was given the title of Gong Gong Buddha, Immeasurable Gong Buddha or Buddha Patriarch. real. However, in the novel, the character's personality is mostly created by the author. This has caused great controversy because many people think it insults Tran Huyen Trang. In general, it can be commented that Tran Huyen Trang is a person with good enlightenment, has given up many worldly pleasures, is an educated, gentle person who treats people around with kindness. 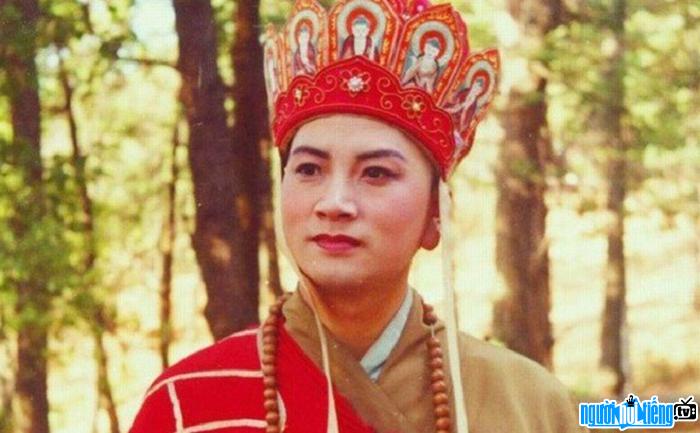 Duong Tang infomation and profile updated by nguoinoitieng.tv.
Born in 602