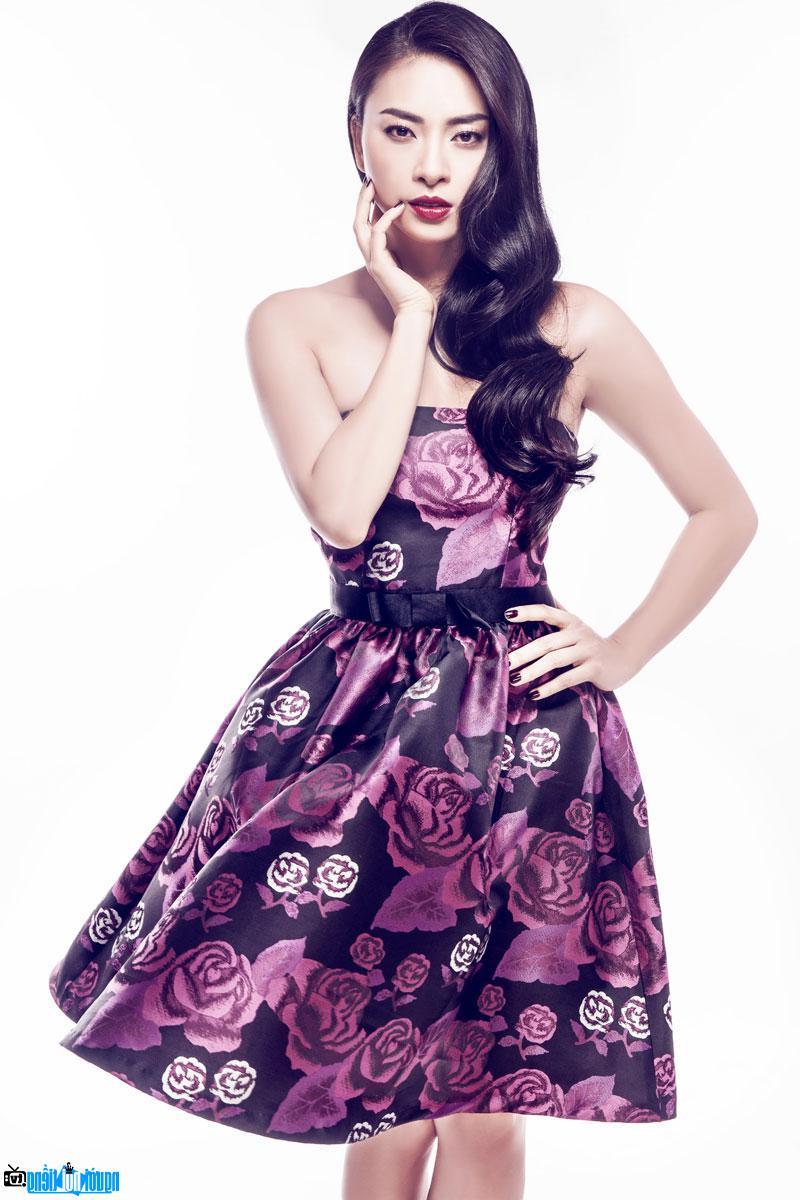 Who is Performer Ngo Thanh Van?
Ngo Thanh Van or Veronica Ngo, also abbreviated as Virus. She is a successful dancer, singer, actress and model of Vietnam.
Ngo Thanh Van won the second runner-up position in the Miss Vietnam contest through photos, organized by Women's World magazine. was held in 2000. Ngo Thanh Van started to enter the modeling market. She modeled for magazines, calendars, fashion collections,... At this time, she had the opportunity to get close to cinema, with the main role in the movie Huong De, a series of short films on HTV.
In 2002, Ngo Thanh Van turned to be a pop singer. She signed a contract with Phuong Nam Film and recorded the album "Vanity of Love" with male singer Tuan Hung. After that, she collaborated with musician Quoc Bao to release a new musical work called "Game World" ". In 2004, she continued to release her second album titled "Mystery of the Moon". She continuously appeared in big music shows such as Melody of Love (HTV), Gift of the Heart... In 2008, Ngo Thanh Van continued to collaborate with musician Quoc Bao, releasing the dance studio album. 68. This album won the Creative Album award at the Golden Album program of HTV7. At the end of 2008, she continued to release a new album called "Angel Tears". The songs on the album are loved by most young audiences. The songs on this album also became popular songs. Ngo Thanh Van also owns a number of "Hit" songs such as: For a long-distance lover, Singing alone, ..
In the field of cinema: In 2004, Ngo Thanh Van was newly hired to participate in the musical film Rouge ( "Red Angels"), produced by MTV Asia channel and MediaCorp (Singapore). The series consists of 14 episodes, widely broadcast in Asia and Australia. Ngo Thanh Van was voted as the favorite actor in the movie Rouge on MTV Asia's website.
In November 2007, Ngo Thanh Van won the Best Actress award for her role as Thuy in the movie "Heroic Blood" at the 15th Vietnam Film Festival. It can be said that the role of Thuy helped Ngo. Thanh Van rose to a new height in her acting career. Currently, Ngo Thanh Van is the director of Viet Talent Supply Company (VAA) in September 2009. She is the leader of many successful music groups. Not only successful in the field of music; film; model, in 2010 Ngo Thanh Van participated in the Universal Dance Competition with her dance partner Tihomir Romanov "Tisho" Gavrilov and won the gold cup.
In August 2016, the movie "Tam Cam: the story not yet" Tell" was officially released by Ngo Thanh Van. When it first premiered, this film encountered a difficulty that was the CGV theater cluster, a cluster of theaters accounting for 40% of the market share in Vietnam, which announced that it would not show this film. This has caused Ngo Thanh Van and his team to make a mess. However, after only 5 weeks of release, this film has attracted more than 1 million views, equivalent to a box office revenue of 66.5 billion VND, with this revenue, "Tam Cam: The Untold Story" is a movie. Vietnamese cinema has the highest revenue of the year. It can be said that this is a new success in the director's career of Ngo Thanh Van.
In December 2020 Ngo Thanh Van completed the movie Trang Ty adventure diary, as a producer this is a film that caused a lot of controversy about copyright and this caused Ngo Thanh Van and the film to encounter a wave of backlash calling for a boycott of the film. It is expected that the film will be released on the occasion of the New Year of the Ox 2021
In early February 2021, fans will be surprised to see a female check in at a villa in Da Lat with rumored boyfriend Huy Tran (Vietnamese German guy) then the two of them went to eat special foods of the dream country with bread, rice paper, vermicelli, and visited a farm in Da Lat
Recently on the morning of white valentine's day on March 14, 2022, Ngo Thanh Van suddenly showed off the wedding ring proposed by a handsome guy 11 years younger than her. It is known that the suitor is not anyone else but Huy Tran rich polite guy yes and of course very handsome.
On May 8, 2022, the woman Ngo Thanh Van officially got on the flower car, of course the groom is none other than the handsome guy Huy Tran . Wish you two a hundred years of happiness
Movies participated:

In 2005, Ngo Thanh Van was attacked by a website ngothanhvanxao with cool pictures and bad articles about her past. This was a hot event in the showbiz world at that time. However, Ngo Thanh Van passed her manager, affirming that this actress will not become disreputable because of actions that defame the honor of some rogue elements. 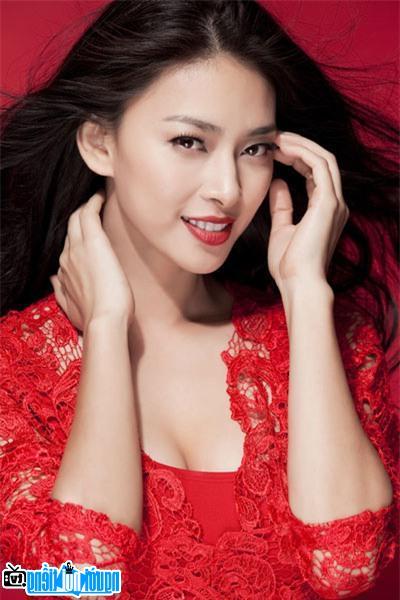 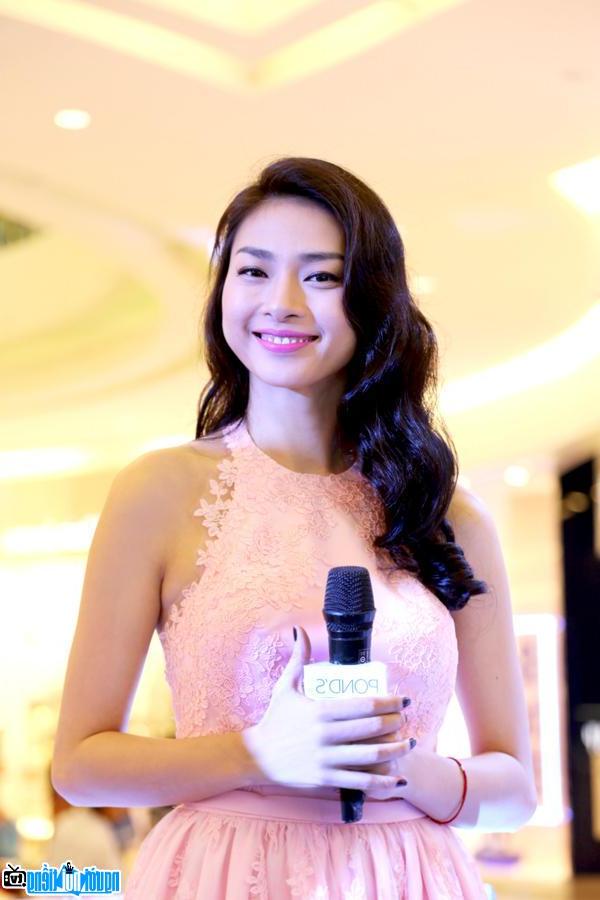 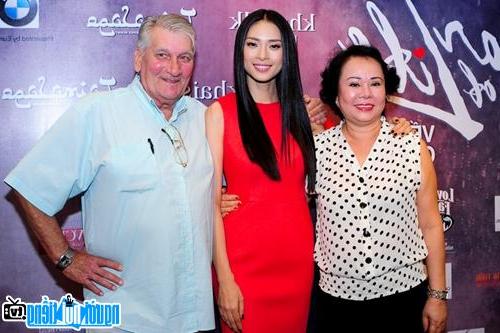 Picture of actor Ngo Thanh Van with his family 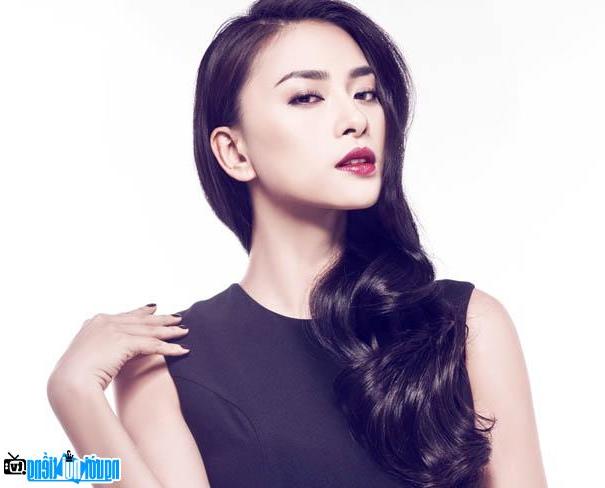