Who is Singer Hoa Minzy?
Hoa Minzy's real name is Nguyen Thi Hoa, is a hot girl, female singer, TV personality who is currently loved by many viewers. Hoa Minzy became famous when she dated a football player Cong Phuong of the Vietnam National Team . In 2014, she also became famous when she won the first prize of the "Star Academy" contest. She is known to young audiences through songs such as "Letter not sent to you", "What to eat", "If only"...
On November 21, 2016, Hoa Minzy held a meeting. Newspaper introduces a new music product called "Living without regrets". Also in this press conference, Hoa Minzy answered a reporter's question about her love affair with player Cong Phuong. She said, the two broke up and she was the one who was abandoned, not the one who took the initiative to break up. She also said that she did not want to discuss much about love and also did not want to bring out the love story to polish her name. But Hoa Minzy also admitted that, after her love story with Cong Phuong ended, she also had many crises in her life and was really sad. After breaking up with Cong Phuong, Hoa Minzy became more mature, she is pursuing a new image suitable for the style of today's youth.
Hoa Minzy is also loved by Vietnamese audiences through various shows. TV shows she has participated in. In the program "Familiar Faces" in 2016, Hoa Minzy is always a name that receives a lot of support from the audience. She was also highly appreciated by the judges for her ability to play many difficult characters. However, in the final night Hoa Minzy did not perform as well as other contestants and she came in 4th place. Hoa Minzy was also impressed by her innocent and playful acting ability in the program "Secrets" Sunday night".
Her Albums:

These days, when the whole country is straining against During the Covid-19 pandemic, Hoa Minzy is no exception. However, unfortunately, she got caught up in an incident of sharing false statements from Deputy Prime Minister Vu Duc Dam related to the Covid-19 epidemic. Soon after, on her personal page, Hoa Minzy officially explained and apologized for this incident.
Hoa Minzy's side actively contacted the Department of Culture, Information and Communication directly to report this incident as well as pay fines according to state regulations.
March 14, right. White Valentine's Day, businessman Nguyen Minh Hai publicly posted photos of Hoa Minzy gave her gifts and affectionately called her his wife. The relationship between the two is very good. And proof of their love is their first son who is very plump and lovely. However, on February 19, 2022, Hoa Minzy suddenly posted a line announcing the end of her relationship with Minh Hai . In the letter, the singer born in 1995 affirmed that the two treat each other civilly and respect each other, so when the relationship ends. She hopes that fans will respect both of their decisions.

Hoa Minzy was born into a large family with difficult circumstances. Her parents gave birth to 5 children, 4 daughters and 1 son. Her father is a builder, and her mother is a helper for workers.

When was Singer Hoa Minzy born?
Hoa Minzy birthday 31-5-1995 (at the age of 27).
Where is Singer Hoa Minzy's birth place, what is Zodiac/Chinese Zodiac?
Hoa Minzy was born in Bac Ninh, of Vietnam. Ms working and living in Ho Chi Minh, of Vietnam. Ms, whose Zodiac is Gemini, and who Chinese Zodiac is The Pig. Hoa Minzy's global rank is 104 and whose rank is 40 in list of famous Singer. Population of Vietnam in 1995 is about 72 millions persons.
Celebrities born in:
/ 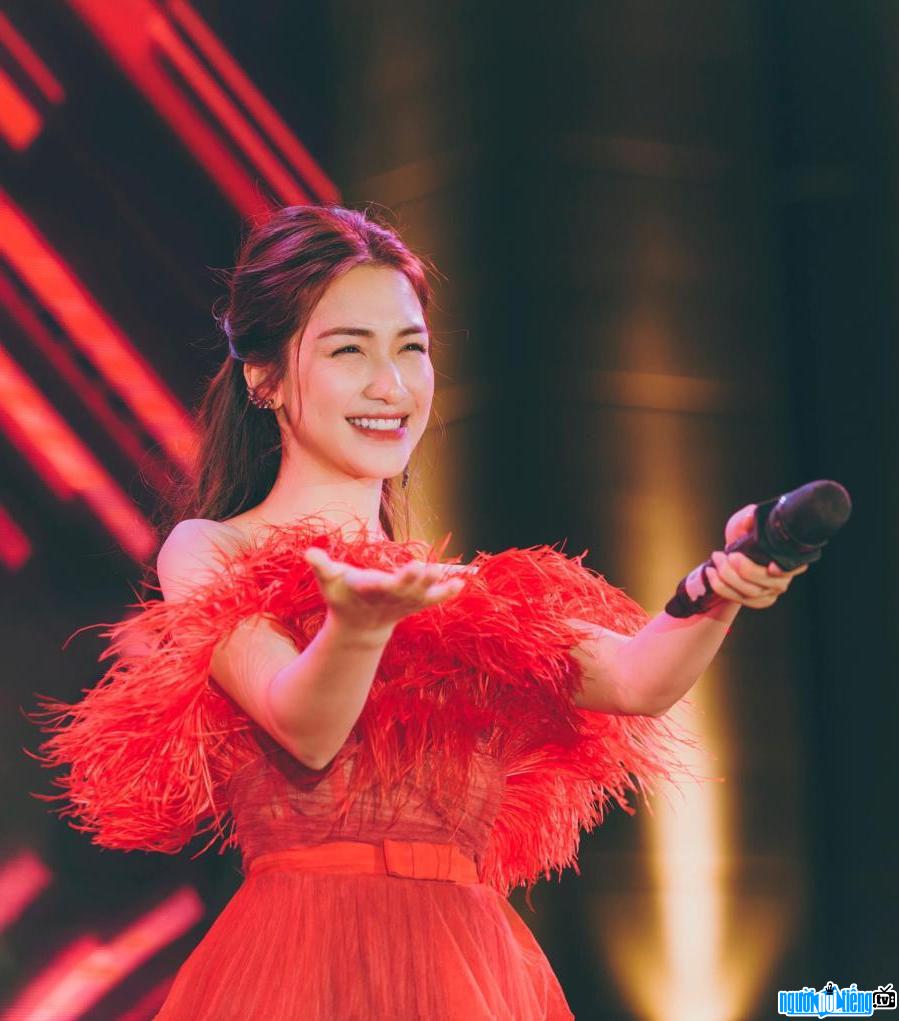 Events in the world in the birth year of Hoa Minzy

Hoa Minzy infomation and profile updated by nguoinoitieng.tv.
Born in 1995