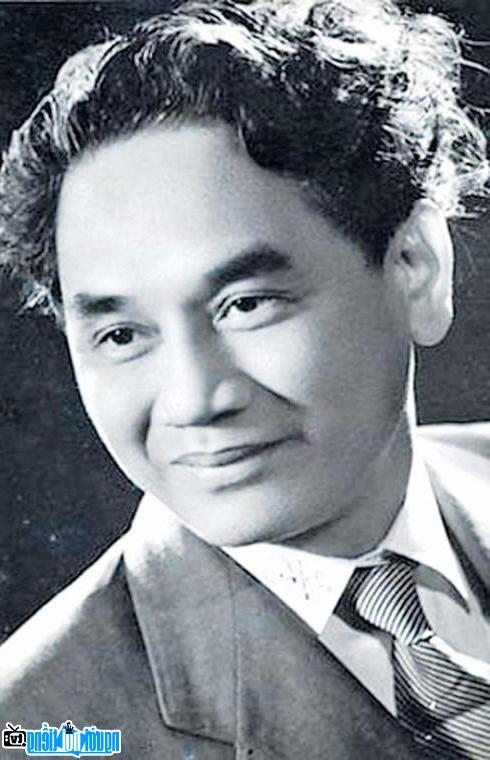 Who is Love Poet Xuan Dieu?
Poet Xuan Dieu is known as "The King of Love Poetry". He is a great tree of Vietnamese poetry and is considered the newest of the new poets of Vietnamese poetry. During the process of composing, Xuan Dieu wrote about 450 poems and a large number of works have not been published. He is also a famous writer and critic of Vietnamese literature. He is one of the poets appearing in the famous book "Vietnamese poets" by two authors. ">Hoai Thanh and Hoai Chan.
Xuan Dieu's real name is Ngo Xuan Dieu. He also used the pseudonym Trao Nha to compose. He is a great poet, a famous writer and critic of Vietnam.
Poet Xuan Dieu began to resonate with the New Poetry movement through the collection of Poetry Poetry and Sending Incense to the Wind, along with many other poems. Romantic poetry. He is a member of Tu Luc Van Doan group and also a member of the leader of the "New Poetry" movement. His typical works in this period: Poetry, Send incense to the wind, short story Golden Pine, Long Song.
Two volumes "Poetry" and "Sending incense to the wind", are considered by experts to be masterpieces of literature.
Xuan Dieu's poetry revolves around the theme of praising the country's homeland, love. and nature... His poetry is rich in tone, has a strong, powerful voice, has a political voice, and a lyrical narrative voice. Typical are: National flag, One piece of pink, Thanh ca, Xuan Dieu anthology.
In 1996, Xuan Dieu was posthumously awarded the Prize Ho Chi Minh Phase I on literature and art. In honor and memory of Xuan Dieu, his name has been given to many roads and schools in many major cities of Vietnam.
Poet Xuan Dieu died on December 18, 1985. Currently, his memorial house and church are built in Trao Nha village, Nghen town, Can Loc district, Ha Tinh province.
Typical poetic works:
1. Poetry
2. Send incense to the wind
3. National Flag
4. River Conference
5. Under the yellow star
6. Morning
7. My mother
8. Star
9. In general
10. Cape Ca Mau - Hand held
11. A pink mass
12. Two waves
13. I have rich eyes
14. My soul has wings
15. Thanh ca
Prose works:
1. The golden pine short story)
2. Long song (signature)
3. South Vietnam (pen-sign)
4. Vietnam thousand miles (pen-sign)
5. Vietnam goes into labor (pen-sign)
6. History of visit to Hungary (pen-sign)
7. Trieu Rise (pen-sign)
Critical essay:
1. Youth with national literature
2. Poetry
3. My Thoughts (Memoirs)
4. Three national poets
5. Critique introduces poetry
6. Ho Xuan Huong Nom poetic queen
7. Chat with young poets
8. New sharpened knives
9. National poet Nguyen Du
10. Walking on the main road
11. Tran Te Xuong's poetry
12. Read poetry Nguyen Khuyen
13. And the tree of life is forever green
14. Grinding iron should needle
15. The amount of information and those soul engineers
16. Classical Vietnamese poets
17. Read Tan Da.
Translation of poetry:
Poet Nadim Hitmet
V. I. Lenin
Amidst love
Vietnam my soul
Bulgarian poets
Poet Nicholas Ghiden

Xuan Dieu grew up in Quy Nhon. After graduating from baccalaureate, he went to private school and worked as an official in My Tho (now Tien Giang). Then went to Hanoi to live by writing.
In 1943, he graduated with a bachelor's degree in Law and returned to work as a business consultant in My Tho.
In 1944, Xuan Dieu joined the Viet Minh movement, a member of the Vietnamese Democratic Party, then joined the Communist Party. After the August Revolution, he was active in the National Salvation Cultural Association, working as a secretary of the Association's Pioneer magazine. After that, he worked in the Vietnam Arts Association, as secretary of the editorial office of the magazine Van Nghe in Viet Bac.
Xuan Dieu joined the executive committee and was a standing member of the Vietnam Writers Association for many years.

Father is Mr. Ngo Xuan Tho and mother is Mrs. Nguyen Thi Hiep.
Xuan Dieu married once with People's Artist Bach Diep but the two divorced and they have no children in common. After the divorce, he lived alone until old age.
His adopted son is Doctor of Law Cu Huy Ha Vu - son of the poet Huy Can, and also his grandson (his biological uncle).

Who is Girl friend/ wife/ darling Love Poet Xuan Dieu?
Xuan Dieu is a close friend and brother-in-law of the famous poet Huy Can.
He is the husband of People's Artist Bach Diep.
He is the adoptive father and biological uncle of Doctor of Law Cu Huy Ha Vu - son of poet Huy Can.

When was Love Poet Xuan Dieu born?
Xuan Dieu was born in 2-2-1916, death day is 18/12/1985, at the age of 69.
Where is Love Poet Xuan Dieu's birth place, what is Zodiac/Chinese Zodiac?
Xuan Dieu was born in Binh Dinh, of Vietnam. Mr working and living in Ha Tinh, of Vietnam. Mr, whose Zodiac is Aquarius, and who Chinese Zodiac is The Cat. Xuan Dieu's global rank is 86986 and whose rank is 3 in list of famous Love Poet.
Celebrities born in:
/

Events in the world in the birth year of Xuan Dieu

Xuan Dieu infomation and profile updated by nguoinoitieng.tv.
Born in 1916