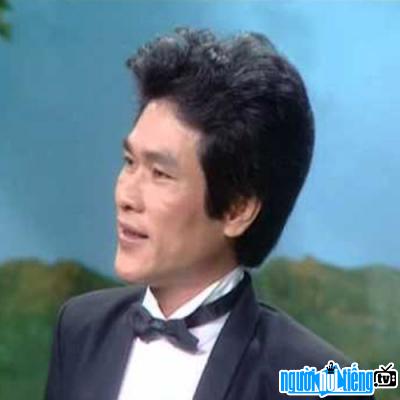 Who is Singer Tuan Phong?
Tuan Phong's full name is Nguyen Tuan Phong, he is known as a successful singer with the red music genre. With his tenor voice, he was remembered by many audiences through many famous songs of the time such as:
Currently, Tuan Phong is working He is a vocal lecturer at the Ho Chi Minh City Conservatory of Music. Besides, he is also the author of a number of songs such as: Autumn and You, Half-hearted, Little Beam of Love Poetry, Hanoi- A lifelong memory I,...... In addition to musical activities, Tuan Phong also composes poetry, writes comments, MC, writes essays. Currently, he is also one of the familiar poetic voices on City Television. Ho Chi Minh.

Passionate about singing since he was a child, at the age of 16, male singer Tuan Phong won a prize in the Capital Youth Singing Contest after impressing with the song "The gong of liberation, the gong of victory" by the musician. Y-Na (Hoang Van). Later growing up, although he was studying Biology at Hanoi University, but because his passion for music was so great, he left his unfinished scientific career to continue studying at Ha Noi Conservatory of Music. Noi.
In 1972, Tuan Phong officially joined the Southern People's Dance Troupe and attached to this group for a long time. After the country was liberated in 1975, Tuan Phong moved to Ho Chi Minh City to live and settle down here. Here, he also studied vocals at the City Conservatory of Music. Ho Chi Minh during the period from 1978 to 1984; After graduating from school, he worked at the Bong Sen Music and Dance Company, and then transferred to Ho Chi Minh City Conservatory of Music. During his work here, Tuan Phong used to hold the position of Head of the vocal department of the Ho Chi Minh City Conservatory of Music; Besides, with the successful performance of the song "Footprints ahead" by musician Pham Minh Tuan he won the second prize at the National Professional Dance Music Festival in 1981. In 1988, singer Tuan Phong also continued to win the second prize at the Chamber Music Competition
You can speak with your own choice. Chamber music with high academic nature, Tuan Phong has conquered the audience with his voice and wide vocal range. He is also known as "the man who made famous for the songs that were introduced for the first time and revived the old ones" or "the artist who always finds his own songs to perform and especially succeeds. reputation in creativity in expression". More specifically, he was also considered by musician Phan Huynh Dieu to be the most successful performer of the song. The Boat and the Sea from the past to the present. With his achievements in 1996, he was honored to be conferred the title of Distinguished Artist by the state.

Tuan Phong was originally from Bang A village, Hoang Liet commune - Thanh Tri district, now belongs to Hoang Liet ward - Hoang Mai district - Hanoi city, he was born into a family of 5 siblings, his father is a lover of literature and art who worked at the National Library of Vietnam before, his family lives in Vietnam. street Nguyen Thai Hoc - Ba Dinh District now his family has moved to Ho Chi Minh City Chi Minh.

Who is Girl friend/ wife/ darling Singer Tuan Phong?
Musician Phan Huynh Dieu and People's Artist Quoc Huong who have supported him throughout his journey his musical activities.

Events in the world in the birth year of Tuan Phong

Tuan Phong infomation and profile updated by nguoinoitieng.tv.
Born in 1952