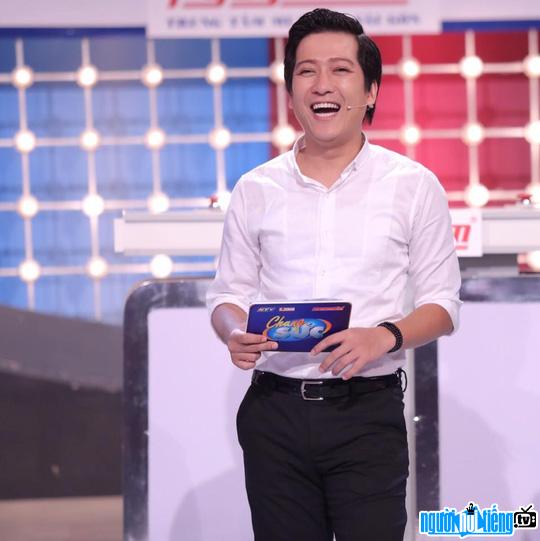 Who is Comedy artist Truong Giang?
Truong Giang is a comedian who is loved by many audiences. He is active in many fields of art such as comedy, MC, actor... Recently, he also tried his hand at the role of a coach in the program "Nightmare Arena". Truong Giang's real name is Vo Vu Truong Giang, the youngest child in a poor family with six siblings.
2015 was the most successful year in Truong Giang's career. The film "Flip the Face" with the participation of Truong Giang has achieved a huge revenue of up to 25 billion VND after a week of premiere. This film has also brought the title of "box office prince" to Truong Giang.
Also in 2015, Truong Giang began to encroach into the field of television. He participated in TV shows such as: Thank God! Here You Are, Sunday Night Secrets, Comedy Reunion... He is also the host of a number of TV shows such as: Thousand-Weight Leaps, Joining Together, Food Heaven, Hidden Singers ....
On February 8, 2017, comedian Truong Giang and other artists such as: Hoai Linh, Nhat Kim Anh, singer Hong Nhung, Lam Vy Da.. There are concerts at Tay Ninh. Before preparing to perform, Truong Giang had a happy exchange with the audience and was given flowers by fans. This comedian also joked that being given flowers more or less will affect his next performance. While the audience continued to give flowers, there was an unpleasant booing below, and then someone threw a water bottle on the stage. Comedian Truong Giang asked who threw the water mussel and called the security guard to come and immediately went behind the chicken wing. After that, this male singer explained about his actions that he came here to perform, but the audience kicked the bottle, what else did he do? After this incident, many viewers expressed disagreement with this comedian's behavior. Some viewers also think that Truong Giang is still too aggressive, his actions are looking down on the audience. Before this incident, artist Hoai Linh also posted a status line on his personal page to apologize to the audience on behalf of Truong Giang.
In the morning of April 20, speaking at the inauguration ceremony of the villa area. Phu Quoc Sonasea Golden Villas beach, located in the heart of the resort complex of Bai Truong Sonasea Villas and Resorts - co-invested by GIS and CEO GROUP, Mr. Nghiep/dien-gia/tran-dang-khoa/p3">Tran Dang Khoa - The representative of Golden Island Company announced the company's new brand ambassador, the comedian Truong Giang. The comedian will receive a Sonasea Golden Villas. Also on April 20, Truong Giang celebrated his 34th birthday at this villa. Attending the birthday party was not without his girlfriend, actress Nha Phuong. During the party, Nha Phuong constantly took care of her lover with considerate gestures, making their friends admire. A few days later, on the media, rumors appeared that Truong Giang and Nha Phuong were preparing to get married. However, actress Nha Phuong has denied this rumor. This beauty also said that she did not want to make her love story public in the newspaper, and if there is a wedding ceremony, she will also organize it simply or not.
At the 2017 Golden Apricot Awards ceremony, after Receiving the award "Favorite Stage Actor", Truong Giang suddenly proposed to Nha Phuong. From beginning to end, Nha Phuong didn't say a word, only replied with a forced smile. It seems that Nha Phuong's reaction is not quite right with the mood of a girl in love and receiving a marriage proposal. Most of the audience expressed dissatisfaction with Truong Giang's "failing" marriage proposal. Truong Giang's proposal makes many people uncomfortable because many people feel that the proposal is for the audience to see, not how to propose to a girl.
The most typical comedies:
1. Poor Boy Love (liveshow Clown from Quang 1)
2. Christmas Gift (Liveshow Clown from Quang 1)
3. Many Stories (Liveshow The Clown of Quang 1)
4. Difficult part 2 (liveshow Clown from Quang 1)
5. Ageless Love Story
6. Danger Is Always Lurking
7. Who's Afraid of Who (New Smile stage)
8. Teenage Dust (New Smile stage)
9. Difficult
10. Osin Is Grandpa
11. Genie
12. Oath Gia
13. Le Tum Di Thi
14. Son Dau Couple
15. Life Story (Mr. Cao Ong Lao)
16. My Wife! I Want A Husband
TV shows:
Jury role swap
Singer hidden the role of MC
Jumping thousands of pounds as MC
Joke Arena as Coach
To laugh is to lose the role of Player
Lucky bill MC
Mystery person Guest role
Sunday Night Secret Role Player Rules
Food heaven as MC (happy king)
Thank goodness you're here as Head of Department
Together (2015) as MC
Comedian reunion comedian role Comedian
Movies:
2016: Taxi, What's Your Name? the role of Shangfeng
2015: Handsome Son plays the role of Ty Lac
2015: Turning the role of Toan
Year 2015: 49 Days of the role of Dong
2015: Gia Gan, My Nhan and Gang To play the role of Tam Titus
2014: Next year, I will return to the role of Manh Ruoi
2014: Single Age 30 as Tuan Tu
2014: Life Story as Minh
2014: The Secret Lost the Cowboy role again
2012: Contract Scandal as Manager of Bao Tien
Year 2013: Circle of 12 Roles Hoang Phi
Year 2013: Tum Co Dai Gia as Vietnamese
DVDs:
Liveshow The Clown From Quang 1
Honey! I Want A Husband
Ten Difficulties No More Difficult

After graduating from high school, Truong Giang made an application to enter the Dong Nai Pedagogical School but did not pass. After that, he enrolled in the School of Theater and Cinema, but because the poor family could not afford to pay tuition fees, he was expelled from school.
Truong Giang had to do many different jobs to earn money to live and pay for school fees.
In 2007, luck came to Truong Giang when he met the artist Huu Loc. Huu Loc was the one who saw Truong Giang's talent and brought him to the stage of the New Smile drama. Here, Truong Giang gets to work with famous artists such as Hoai Linh, Chi Tai..
In 2011 Truong Giang was invited by Dam Vinh Hung to write the script and act in the comedy skits " Difficult" in the show Steps Central. In the skit "Difficult", Truong Giang played an old man Quang Nam who is difficult but extremely lovely and funny. It was this role that helped Truong Giang's name come closer to the public.

He is the youngest child in a poor family with 6 siblings, including 4 boys and 2 girls. In 2015. When this movie was released, doubts about the relationship between Truong Giang and Nha Phuong became the subject of discussion among the press and fans. intimate gestures with each other in front of the camera and at events, this proves that this emotional relationship is real.
Nha Phuong also shared with the press "I'm feeling really satisfied. with current love. For the first time, I was able to live as myself, to do everything with my true feelings. No worries, no plans".
However, on February 14, 2016, model Que Van accused Truong Giang of catching fish with both hands, while being in a relationship with her, but in love with Nha. Phuong, this model also said that "Truong Giang behaves without a man." She even hinted that Truong Giang's siblings had interfered and their love story. Hoang Yen and Truong Giang's father spoke up and shared: "My family has always respected my brother's love story, so there is no way we interfere in his personal love affairs."
On the side of Nha Phuong, she thinks that Que Van is not at fault and should let the past rest in peace. . 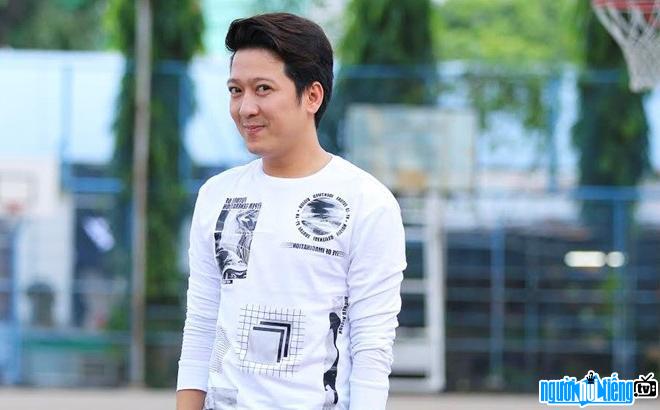 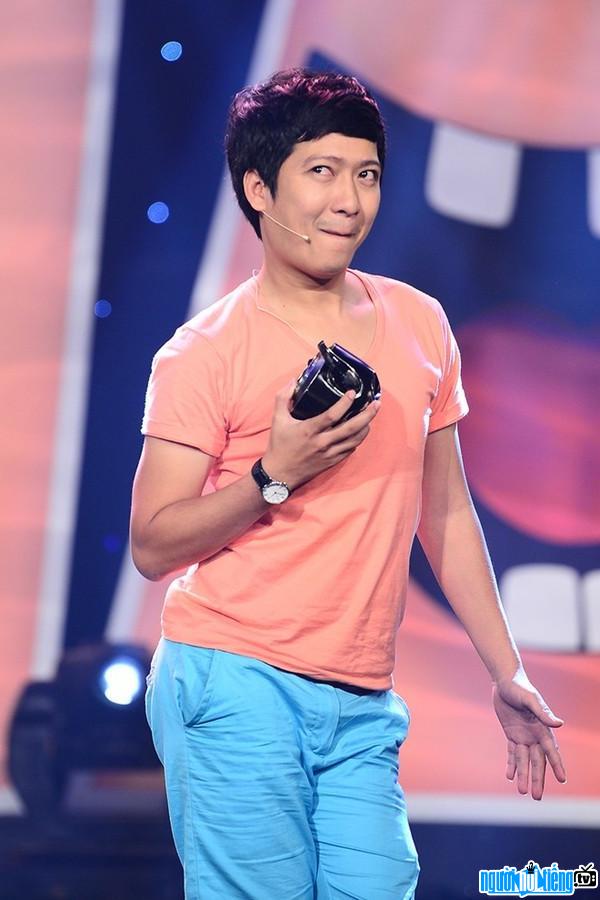 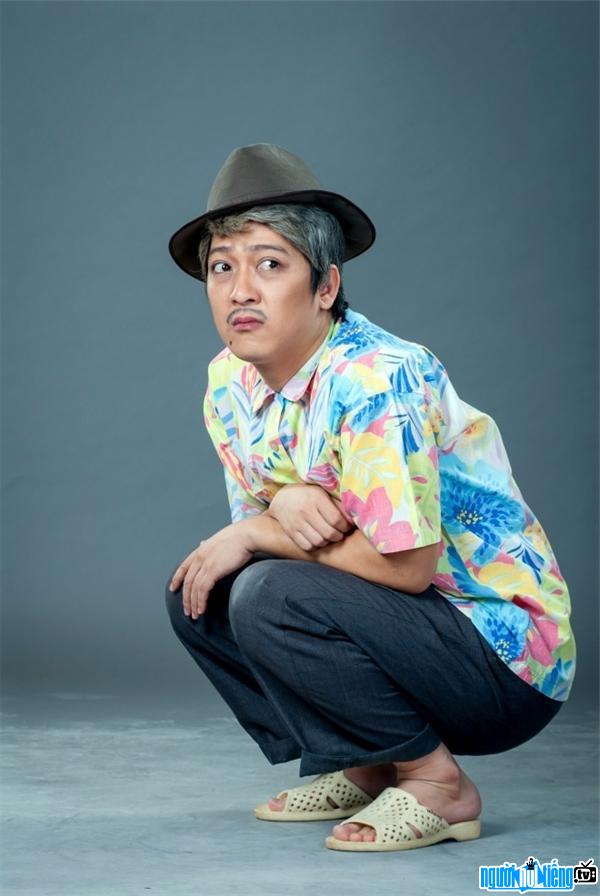 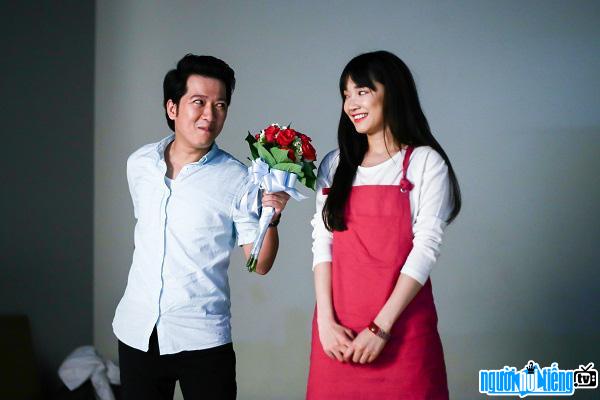 Events in the world in the birth year of Truong Giang

Truong Giang infomation and profile updated by nguoinoitieng.tv.
Born in 1983